Mosquitoes are small, bloodsucking insects that usually inhabit hot, humid countries such as Africa, South America and some regions of the USA. Labelled ‘the most dangerous animal in the world’ by some, these little bugs are infamous for transmitting deadly diseases like zika and malaria. Here, I discuss whether these parasitical flies deserve their reputation and talk about my top 10 tips for preventing mosquito bites.

Dubbed ‘the most dangerous animal on the planet’ by a variety of sources, including Bill Gates1  and the Telegraph2 , mosquitoes are infamous for spreading deadly viruses like malaria, and often are responsible for thousands of deaths worldwide every year.

However, most mosquitoes that are encountered on holiday will not be hosts to such perilous diseases, although the insects should still be treated with caution. The tiny flies enjoy nothing more than snacking on human blood and every year hundreds of tourists fall prey to their bite. Female mosquitoes rely on blood in order to reproduce so they will not hesitate to land on your exposed skin and get to work by using their long, pointed mouthpiece.

The problem is that during this not-so-delightful process, a small amount of their salvia is conveyed into your body. This triggers a number of unpleasant reactions from your immune system, resulting in your skin becoming inflamed, itchy and marked with small lumps.

These bite marks can be irritating and even painful, but thankfully most of the time they are mainly a superficial concern.

Below are my top 10 tips to prevent mosquito bites. However, should the worst happen remember to seek medical advice as soon as possible! 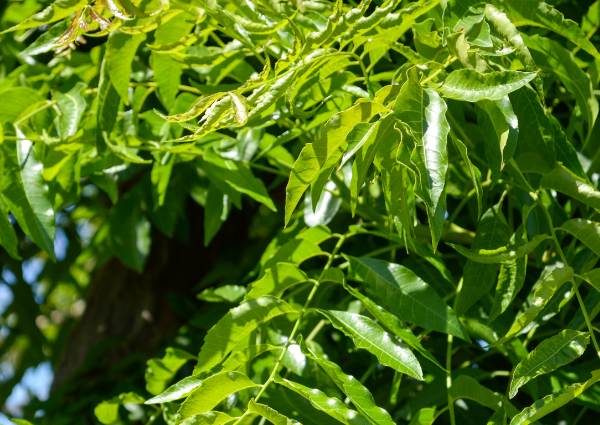 Neem has been used in herbal medicine for hundreds of years, usually to treat dry or damaged skin. In a study conducted by the Malaria Research Centre in Delhi, India, it was found that a mixture of neem and coconut oil proved very effective at protecting participants from mosquito bites, providing complete protection for up to 12 hours and being particularly useful for mosquitoes that carry malaria.3

A.Vogel's Neem Insect Repellent contains fresh extracts of neem seed oil and is excellent for those who are sensitive to the harsh chemicals found in conventional insect repellents, like DEET.Neem insect repellent is also made using rosemary and eucalyptus oil, both of which are very beneficial for the skin, with eucalyptus also being a prominent ingredient in other mosquito repellents.

Neem is suitable for children but should not be used by  pregnant women due to its high content of essential oils. Apply every 3 hours and take care to avoid the eyes and mouth area.

2. Use a mosquito net 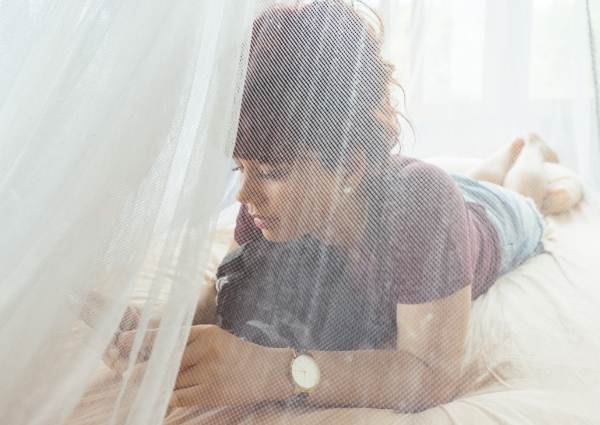 Insect repellents and other natural solutions are all well and good when you are conscious; however it is when you are unconscious that you are at your most vulnerable. Mosquitos are generally more active during the day but some species, those that carry diseases like malaria in particular, become more awake and alert at dusk or during this night. When you are sleeping you are unable to protect yourself from becoming a tasty snack for female parasites so it’s important that you take extra steps to guard yourself during this time.

Mosquito nets are highly sought after in hot or tropical countries as they can protect you against contracting horrible, life-threatening diseases like zika or malaria.

They are also readily available to purchase online, with some even costing less than £5, and they are easy to construct above your bed, without being too intrusive or distracting while you sleep.

If you are venturing abroad into mosquito territory this summer, this is a must-have addition to your travel itinerary that could be the difference between a nasty bite and a safe night’s rest. 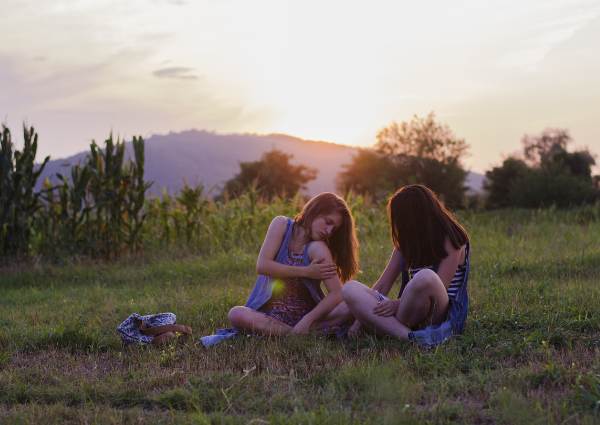 The peak time for mosquito activity can vary depending on the species of mosquito and the country you are visiting. In the USA, for example, mosquitos tend to be more active at night, with the common house mosquito being more awake during this time.4 Other species like the Asian tiger mosquito are more likely to strike during the early morning or late afternoon and the malaria transmitting anopheles are more partial to being nocturnal.

Try to find out as much information as you can about the country you are visiting and the types of mosquitos that are native to that area. This should give you a more informative idea about when mosquitos are most likely to be active and you can plan your day out accordingly. It might also be worthwhile looking to peak mosquito seasons as there are some months when certain species of mosquito are more likely to be active than others.

4. Avoid getting too hot 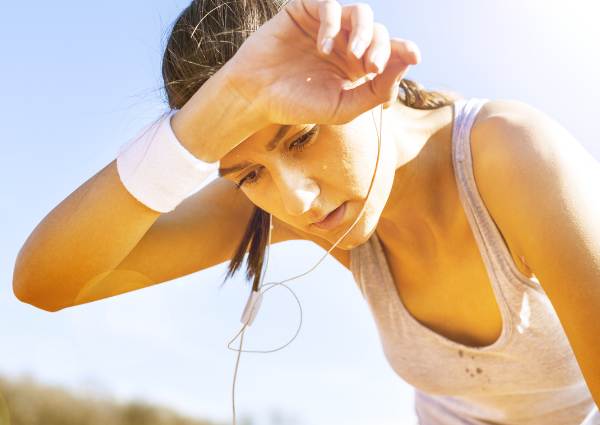 As unpleasant as it sounds, mosquitoes are attracted to warm, sweaty bodies. The warmer and sweatier, the better. Since mosquitoes generally thrive in hot and humid environments, the chances are your body will already be slightly warmer than usual. You should try to avoid raising your body temperature any further and find ways of staying cool during the scorching afternoons.

Try not to exercise too vigorously – if you are sweaty and breathless, you will be exhaling more carbon dioxide, a compound that can be smelled by mosquitos and used to locate their prey.5 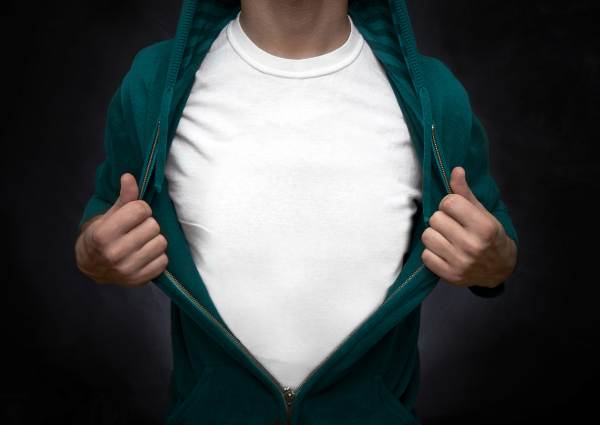 This might be bad news if black is your go-to wardrobe option, but dark clothes are not conducive to a mosquito-free vacation. This is because darker fabrics tend to soak up more of the sun, again raising your body temperature and causing you to sweat, making you a tasty target for female mosquitoes.

However, another reason to avoid going Goth on holiday is the way that mosquitoes choose their victims. The insects generally prefer dark colours as they contrast with their surroundings and help them to locate potential targets. 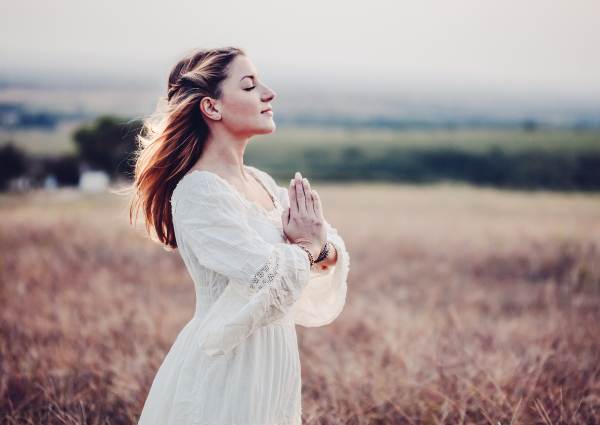 If you wear tight or constricting clothes, you are more likely to increase your body temperature and sweat, attracting more mosquitoes to your skin. It’s also important that you wear clothes that are able to conceal your skin from view.

For example, wearing a pair of shorts and a vest top might seem like a good way of soaking up vitamin D while you’re on holiday, but it can leave you exposed to being bitten by mosquitoes. Instead, opt for long, loose clothing that will allow you to breath and keep you cool in the sun 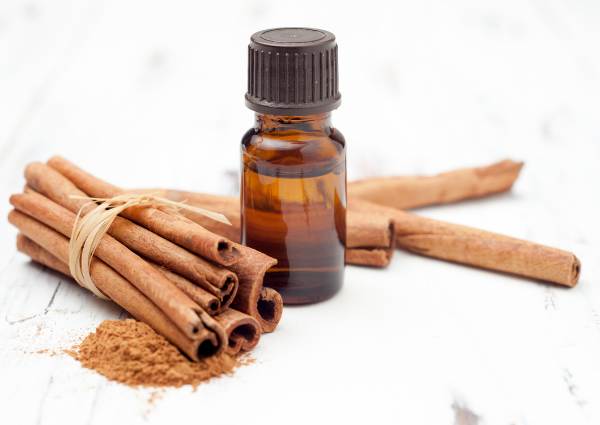 Cinnamon leaf oil is normally used as a natural remedy for inflamed skin or to support the immune system, however research as demonstrated its potential as a powerful pesticide. The study, conducted by the Department of Anatomy and Cell Biology in Haifa, Israel discovered that cinnamon oil based products worked best when for protecting against mosquito bites.6

Further research has also identified that some of the compounds contained in cinnamon leaf oil were very effective at killing the larvae produced by certain types of mosquitoes.7

Although further investigation is still needed, cinnamon leaf oil is not as aggressive on the skin as other insecticides and is unlikely to provoke any negative side-effects like those found in convention insect repellent sprays. 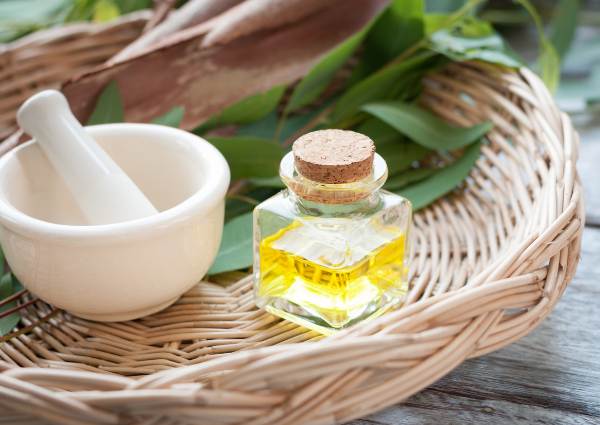 Native to Australia, the lemon eucalyptus plant has often been used in the treatment of toenail fungus and joint pain but it has also been shown to work as a potent insect repellent.

The oil has often been compared to traditional DEET based insect repellents and very little difference in efficiency has been identified between the two.8

Lemon eucalyptus is also less likely to stimulate any of the adverse reactions associated with conventional insect repellents although the oil may not but suitable pregnant or breastfeeding women, or children under the age of 3. 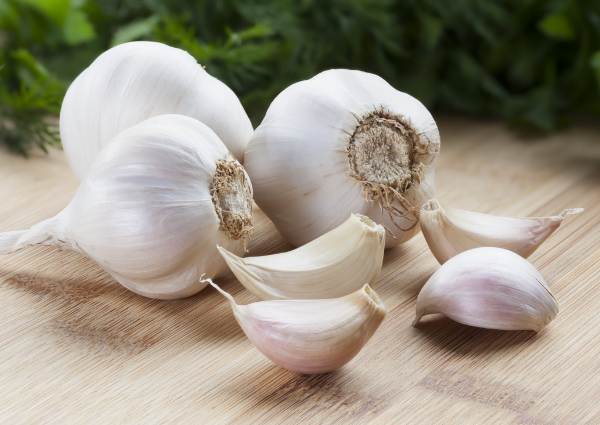 Pungent and easy to detect, garlic has been used to ward off insects for centuries but recently it has gained attention as an effective protective measure against mosquitoes.

The exact reason for this is not apparent but some speculate that garlic simply overwhelms the mosquitoes or that the allcin contained in the herb is unfriendly to the bugs.9 However, further research is still needed so it might be worth using garlic in addition to other preventative methods. 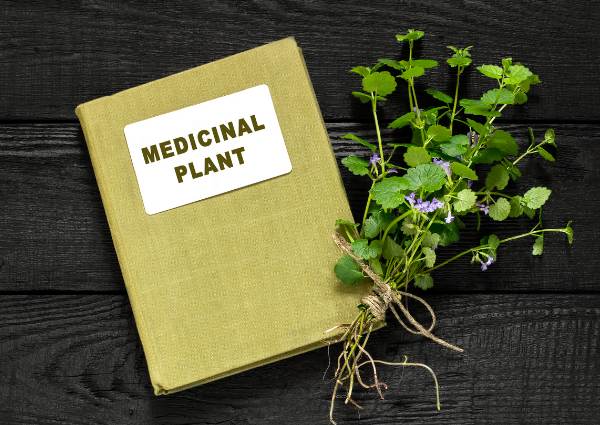 Catnip, or cat mint, is famous for its effects on felines; however the herb can also has other beneficial properties. It is often used as a mild sedative and or as a remedy for nerve problems, yet catnip also makes for an effective insect repellent.

Research by the American Chemical Society in 2001, demonstrated that catnip oil has an incredible capacity for repelling mosquitoes, being allegedly 10 times more powerful than DEET based products.10

Catnip oil also does not carry the same side-effects that  conventional insecticides do, although like most essential oils, it is not suitable for pregnant or breast-feeding women.

10 cool tips for a sweat-less summerTop tips to avoid dehydration this summerWhy does hot weather make you tired?

How to stay hydrated during the festival seasonIs the summer sun causing your cold sore?Sore throat? Are you on the verge of a summer cold?Don't let tummy troubles ruin your holiday!Tips to avoid food poisoning this summer

Cool down with homemade ice cream!

This banana and pistachio 'nice' cream is vegan, easy to make and perfect for warm summer days.

Neem insect repellent is really effective against biting and stinging insects, whilst being DEET free and gentle on sensitive skin

Heat exhaustion can quickly develop in hot climates as a result of dehydration and electrolyte loss! Symptoms include fatigue, dizziness, nausea and leg cramps.