Potato juice to treat indigestion? What does the research say?

Here I aim to explore some of the research surrounding potato juice. From stomach complaints such as indigestion, acid reflux or heartburn to supporting the health of your joints, you may have more reason than one to start adding this unique ingredient to your daily regime!

How did the idea of potato juice first begin?

We just adore our potatoes here in the UK – chips, creamy mash, roasters on a Sunday – you name it, we literally love them in every shape and form. However, they do get a bit of a bad name (nothing to do with some of the questionable cooking methods incorporating copious amounts of fat of course). So, if you didn’t know already, potatoes aren’t classed as one of your five a day. Instead, they are often considered to be a bit of a naughty, carb-heavy side dish (or main depending on how many chips you put on your plate).

The traditional, medicinal use of potatoes

So, it might come as a surprise to many of you that the common potato may actually have an array of impressive health benefits to offer! For european countries such as Swizerland and Germany, freshly squeezed potato juice has been used as a traditional, natural remedy for stomach complaints for many years. The humble potato has supposed antispasmodic and antacid properties which may help to calm common gastrointestinal symptoms including heartburn and indigestion1.

Is there any evidence back the traditional use? Let’s talk some Potato Juice research

A research study carried out in 2006 aimed to test the potential therapeutic properties of the humble potato and investigated how effective freshly squeezed potato juice was as a remedy for dyspeptic patients – that is those who were suffering from acid reflux, indigestion or other similar complaints1.

44 patients were enrolled and asked to drink 100ml of Biotta Potato Juice twice daily for one week2. By the end of the trial, approximately 2/3 of participants’ physical symptoms had significantly improved as recorded through a number of different questionnaires. After participating for only a week? Just think of the possibilities longer-term! So, although further studies are still needed in this field, I think we can agree that these initial results are most certainly encouraging.

As above, potato juice has long been considered to be a wonderful anti-inflammatory agent and overall it’s very alkalinising. So, brilliant for the stomach, but it’s also thought to work well for arthritis and other forms of inflammatory disease – a firm favourite of Alfred Vogel's for this very reason. Think aches and pains – especially joint pain and back pain which affect an alarming number of us nowadays!

Now, back to the stomach. Potato juice has also been investigated in terms of its potential to treat Helicobacter pylori (H. Pylori) infections. You may be surprised to know that many of us are actually already infected with H. Pylori. This little critter is a type of bacteria that often presents itself in the lining of your stomach – although, for many, it lives relatively unnoticed as sufficient stomach acid is pretty effective at keeping it in check. However, if these pesky bacteria are given the opportunity to multiply, they’ll most definitely take it, and if this happens they can cause all sorts of problems such as gastritis and peptic ulcers.

The conventional treatment for keeping H. Pylori under control is a course of antibiotics. However, as we know, the threat of antibiotic resistance is upon us, so it makes much more sense to turn to more natural means instead. Research presented in 2013 at the Society for General Microbiology Spring Conference, aimed to investigate if potato extract had any anti-bacterial activity against H. Pylori3.

Interestingly, results from the study showed that potato extract was indeed bactericidal against H. Pylori, and what’s more – at a faster rate than two types of conventional antibiotics! These results proved very impressive indeed. Could Potato Juice have a future in helping to treat gastritis and stomach ulcers? Quite possibly!

So, if you’re going to give it a try, Biotta’s Potato Juice is the way to go. The original formulation was developed with the help of a team of nutritional scientists in order create a potato juice like no other. No artificial additives were used and the finest organic potatoes were lovingly pressed to produce a fresh, super-nutritious end product - just as the Swiss would have prepared and enjoyed it back in the day!

So watch this space; I reckon the Biotta Potato Juice could be the next big thing, so why not get involved? From supporting your stomach, to countering acidity elsewhere, it could potentially have a great deal to offer. 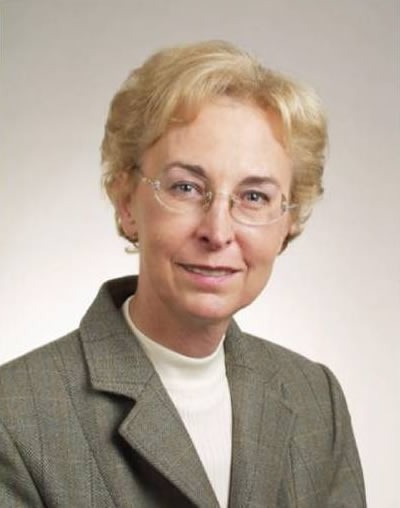 An interview with Professor Sigrun Chrubasik

Want to delve even deeper? Click here for some exclusive access to an interview with Professor Sigrun Chrubasik, who ran some of the pivotal potato juice research in Switzerland.

6 surprising health benefits of pomegranate juiceBeetroot juice, heart health and periods – what’s the link? Carrot juice health benefits – from your heart to your skin. Cranberry juice for cystitis – what’s the evidence?Potato juice to treat indigestion – what does the research say?Prune juice - the forgotten remedy for constipationThe benefits of juicingRecipes