In comparison to other minerals, selenium often gets overlooked, however this mineral is actually very important for a number of functions throughout your body, helping to produce enzymes and proteins that can demonstrate antioxidant capabilities, improving your immunity and supporting cardiovascular health.

Why do we need selenium?

Unlike other minerals which we may need in larger amounts, humans only require small amounts of selenium. However, these small amounts are absolutely crucial to our overall health and wellbeing as selenium has been linked to a number of vital functions throughout the body. The mineral is capable of increasing our antioxidant capabilities as well as enhancing our immune system. 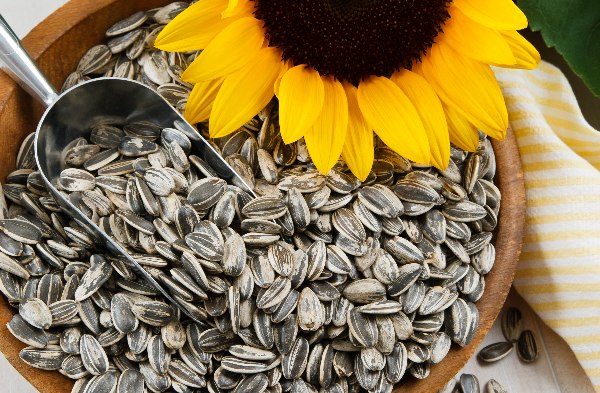 This makes it very important for our cardiovascular health as it helps to prevent oxidative stress and reduce inflammation, improving our blood flow. It also plays a key role when it comes to our thyroid function, helping to regulate the production of active thyroid hormones and protect against antibodies that may cause problems.

Finally, selenium has also been linked to reproductive health as the mineral is required for proper sperm motility, warding off damaging molecules known as ‘free radicals’ and improving sperm quality.

As I mentioned earlier, humans only need small amounts of selenium, with NHS recommending just 0.075mg a day for men between the ages of 19-64 and 0.06mg for women in the same age range, although this can increase if you are pregnant.  This is one of the reasons why selenium-deficiencies are so rare and you should be able to get all the selenium you need from your diet.

Selenium deficiency is rare, given the small amounts of selenium that we need to intake each day. Nevertheless, it does exist, particularly in areas where levels of the mineral are low in the soil. It’s also possible that certain medications can hinder your absorption of selenium too, so it’s important to be aware of the side-effects!

Some of the more pronounced symptoms selenium-deficiency include; fatigue, skin discolouration and low immunity. In more severe cases, low levels of selenium have been linked to fertility issues, particularly in men. Since your thyroid also depends on selenium, it’s not unheard of to experience thyroid issues such as hypothyroidism.

Unfortunately, cases of selenium toxicity are becoming more common due to supplementation and the results are not good. The upper limit set for selenium is generally around 400mcg – any more than that and you can risk selenosis, which may cause you to exhibit symptoms such as hair loss, mood swings, fatigue and weight loss. It’s believed that prolonged episodes of selenosis  can even cause nerve damage!

Food blogs
Which bread is best – is white so bad?The best vegetables to plant in springRecommended 5-a-day now becomes 10-a-day15 foods for metabolismEat your way to healthy skinEverything you need to know about fats5 complex carbs for weight lossFoods to help fight fatigueFruit and vegetables for moodGrow your own salad at homeHow much salt should I have in my diet?The benefits of antioxidantsThe truth about goji berriesWhat are electrolytes and why do we need them?What are superfoods? The ultimate guideWhat do food cravings mean?