Iron deficiency is one of the most common deficiencies in the UK. Iron is a vital trace mineral whose main role is in making and maintaining healthy red blood cells, and promoting the transfer oxygen around the body. Most people should be able to get all the iron they need through their diet, although in certain cases, supplementary iron may be necessary.

Why do we need iron? 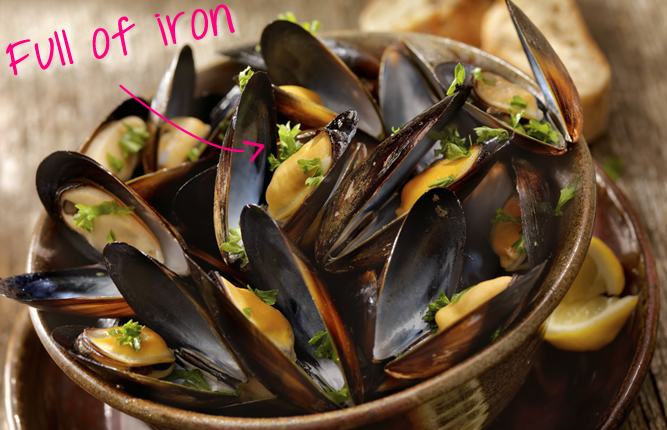 Iron is a vital mineral for transporting oxygen throughout the body. The substance in red blood cells that carries oxygen from the lungs to the rest of the body is called haemoglobin, and haemoglobin consists of approximately two thirds of the iron in the body. If there is not enough iron, the body struggles to effectively transport oxygen leaving you feeling fatigued, both physically and mentally.

Keeping red blood cells healthy is only part of what iron does; it also plays a role in converting blood sugar to energy, allowing muscles to work at their optimum and reduce recovery times after intense exercise.

Iron is important in producing new and healthy cells, keeping hair, nails and skin healthy, as well as helping the immune system fight off infection.

It is recommended that the average adult male requires 8.7 mg per day, while adult women need 14.8 mg. Iron is naturally available in many foods, particularly red meat, pulses and dark green leafy vegetables.

Iron deficiency is extremely common, particularly amongst women during their monthly cycle. Those on kidney dialysis, who have Coeliac disease, Crohn’s disease or who exercise intensely may also be more prone to iron deficiency.

Iron deficiency is called anaemia, with initial symptoms of fatigue, pale skin and dizziness. If you lower the skin just below the eyes, and the skin lining is red, this is usually a sign of healthy red blood cells, while a pale tone can indicate iron deficiency, where shortness of breath, cold hands and feet, and cracking at the corners of the mouth can develop. A quickened heartbeat, restless leg syndrome and a tendency to having headaches can also be indicators of iron deficiency.

Just as taking too little iron can cause a range of problems, too much iron is also a concern. This is most likely to occur if overdosing on iron supplements, as consuming too much iron through diet is more difficult. It is thought that taking up to 17mg of iron is unlikely to cause problems, and more than this should only be taken under recommendation and supervision of a medical professional.

High doses of iron initially cause digestive problems, such as constipation, stomach pain and vomiting, but may lead to irregular heartbeat, damage to organs and low blood pressure. Poisoning from too much iron is most likely to occur in young children or those with haemochromatosis, a condition in which the body absorbs more iron than it needs.

An introduction to ironWhat happens when you are low on iron?