Artichokes have been a part of herbal medicine and diets for centuries, originally being harvested in the Mediterranean for their aphrodisiac qualities. Nowadays, the real health benefits of these small buds are just coming to light, with many believing that artichokes may contain more antioxidants than any other vegetable, being beneficial for your immune system, digestion and cholesterol!

An Introduction to Artichokes 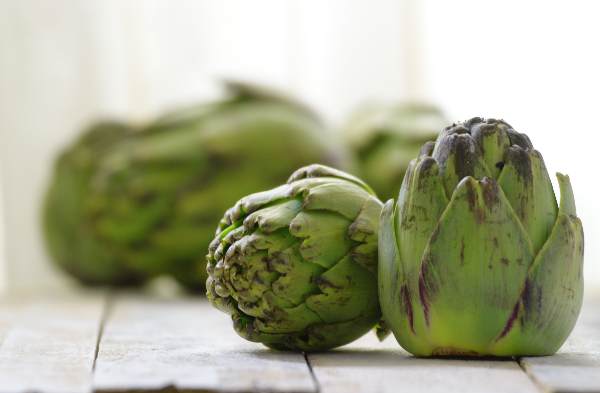 Originating in the Mediterranean and parts of the Middle East and Asia, artichokes have a long and interesting history when it comes to their use in food and medicine. Technically these small buds are considered to be a flowering plant and belong to the Asteraceae plant family, alongside sunflower seeds, lettuces and Echinacea!

The Romans and Greeks used to believe that the thistle held aphrodisiac properties and, up until the 16th century, women were still banned from eating them in some countries!However, artichokes were eventually introduced to the UK by the Dutch during the 1500s.

Since then, they have often been used as a remedy for digestive complaints, usually being brewed into a tea. 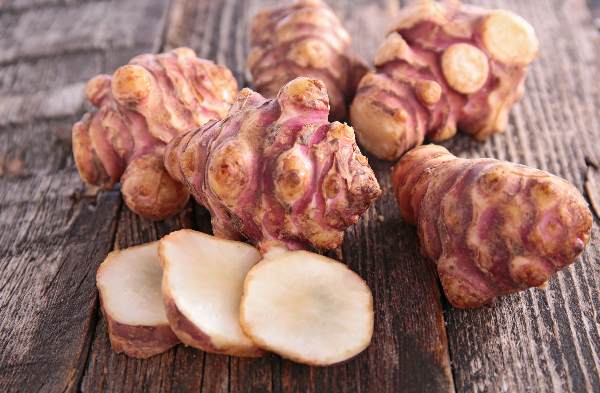 It can be tricky to determine different types of artichokes, especially as some vegetables belonging to completely different plant families get categorised as artichokes.

Take the Chinese artichoke, this root vegetable belongs not to the Asteraceae family but to the Lamiaceae instead and looks nothing like the bud-shaped articles that you’re probably used to seeing on the supermarket shelves.

Then you have a number of other varieties, ranging from the small, purplish Baby Anzio to the oblong Siena and the Californian Big Heart, just to name a few! Arguably, their main rival in the world of artichokes is the Jerusalem artichoke.

The Jerusalem artichoke does not resemble the Globe artichoke in the slightest, although it does still belong to the same familial group. Instead, some consider it to be a species of sunflower, rather a true artichoke. The tuber is usually used in cooking, making it a type of root vegetable, and it’s extremely easy to grow, thriving in a variety of climates. 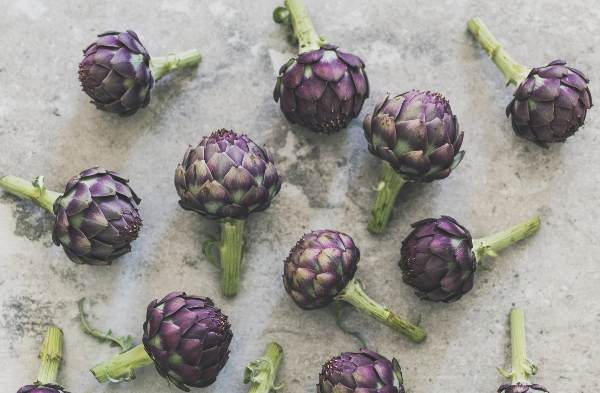 Artichokes are packed full of dietary fibre and antioxidants, and are widely considered to be one of the healthiest vegetables. Rich in vitamins A, C & K, as well as folic acid, one cup of artichokes may help to provide you with 10% of your daily intake of iron, making it popular with those that suffer from anaemia.

Arguably, though, their top nutrient is cynarin, a compound which can help to increase your production of bile. If you are secreting bile, you will be able to more efficiently breakdown foods in the digestive system, as well as detox your liver. Cynarin can also help to reduce inflammation and lower cholesterol and, in addition, the flavonoid compound silymarin can help to support your liver 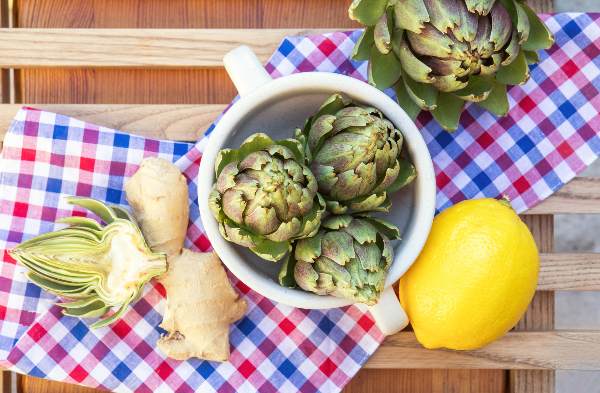 The health benefits of artichokes are almost too numerous to count.

While they may have earned a place in history as an aphrodisiac, our founder Alfred Vogel was more interested in their potential when it comes to the liver and the digestive system, writing that “the aromatic compounds with their strongly bitter flavour” were responsible for helping to “stimulate activity in the liver.”

These aromatic compounds possibly refer to the vegetable’s high content of cynarin and silymarin, which have been shown to help detoxify the liver and help when it comes to repair

Cynarin isn’t just good news for the liver, though – it’s also been linked to reducing cholesterol, specifically by diminishing your levels of bad cholesterol, which is why artichokes are considered a ‘heart healthy’ vegetable!

The amount of dietary fibre packed within these small buds also makes them a popular treatment for digestive problems such as bloating, wind and constipation. This is why our digestive remedy, Digestisan, contains extracts of freshly harvested artichokes! Artichokes are also very useful for the gallbladder, helping to promote the secretion of bile, which can help to breakdown your food for smoother digestion.

The health benefits of artichokeHow to grow artichokes