10 foods that can help to boost your memory

Struggling to remember what was at the top of your shopping list? Can’t remember where you left your keys? Your brain might need a boost! Poor circulation and nutrient deficiencies can contribute to foggy memory and poor concentration so, in this blog, I recommend 10 foods that can help to keep your mind sharp.

Oats are rich in a range of nutrients including B vitamins, magnesium and zinc. B vitamins, including folate, are thought to help protect our cognitive functions, while magnesium is beneficial for supporting learning and memory.

Plus, deficiencies in zinc have also been linked to memory impairment. AvenaCalm, made from the oat plant, is super nutritious and can help to support the nervous system in this way.

Oats are also a good source of dietary fibre which helps to feed our good gut bacteria. This is important as research has made links between our microbiota and memory function.

Oily fish including salmon, mackerel and herring are good sources of omega-3 fatty acids. These fatty acids, and one in particular called docosahexaenoic acid (DHA), are not only important for early cognitive development in-utero, but also as we age.

Essential fatty acids such as DHA are anti-inflammatory and help to keep our cell membranes healthy, whilst also helping to maintain the conductive fatty layer (the myelin sheath) which encases our nerve fibres. This helps to ensure that nerve signals are sent efficiently, which is crucial for maintaining effective short- and long-term memory.

If you fancy a plant-based source of omega-3, walnuts are an excellent option. Also, according to the doctrine of signatures, walnuts seem to resemble a brain – coincidence? I think not!

These essential omega-3 fatty acids can’t be manufactured in the body and must be acquired from our diet; and they may have an important role in helping to protect our cognitive functions. Compared to other nuts, walnuts are also a good source of vitamin E. This vitamin acts as an antioxidant and can help to protect delicate cells from damage by free radicals. 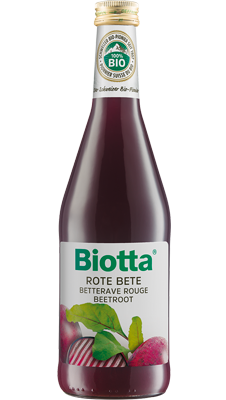 Beetroots are a rich source of iron. Much of our iron is contained within a component of our red blood cells called haemoglobin. Haemoglobin is responsible for transporting oxygen around our body; something our brain relies on to keep it working optimally.

Beets also contain a component called nitrates. Nitrates convert into nitric oxide in the body which can help to facilitate blood flow throughout various parts of the body, including to the brain.

As well as whole beetroots, which are particularly nice when roasted with some olive oil and rosemary, sipping on Biotta Beetroot Juice is a convenient way to up your intake.

Berries are often classed as a superfood as they are packed full of nutrients and antioxidants. The colour of berries is thought to be indicative of their nutrient content and the most deeply coloured berries (blueberries, blackberries and blackcurrants) are thought to be a particularly concentrated source of antioxidants and flavonoids.

Berry flavonoids, including anthocyanins, are thought to be protective to our brain, as well as other areas of the body. They may help to protect our bodily cells from damage by free radicals, plus they slow general degeneration, which happens naturally as part of the ageing process.

Olive oil is a rich source of a type of fat called monounsaturated fatty acids (MUFAs). These fatty acids have long been known to help protect the heart and cardiovascular system but, now, their benefits are thought to extend beyond this, including to the brain.

Much of the benefit of this oil, which is used copiously in the Mediterranean diet, is thought to also be attributed to its polyphenol content. Polyphenols act as antioxidants in our system and may help to protect against the formation of amyloid-beta plaques or neurofibrillary tangles within the intricate network of nerves in our brain, therefore helping to preserve optimal cognitive functions. 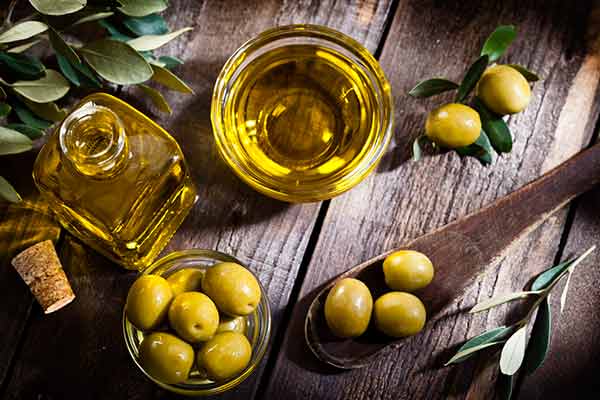 Pumpkin seeds contain good amounts of the micronutrient zinc. Nowadays, zinc is becoming notoriously hard to find in sufficient levels in our diet, as our soil levels risk becoming diminished over time. Plus, this is also worsened by people being more tempted by a more processed diet, which is lacking in sufficient nutrients.

Zinc may help to support the successful transmission of nerve impulses, as well as the transport and utilisation of neurotransmitters in the brain, both of which are important processes for memory recall and consolidation.

Green tea is another potent source of antioxidants which are thought to be useful for memory functions and recall. Green tea contains an active ingredient called EGCG which is thought to help support nerve transmissions in the brain and protect against neuro-degeneration caused by ageing.

Green tea also provides some caffeine. However, unlike coffee, it doesn’t contain huge amounts. In moderate amounts, and in combination with the naturally occurring antioxidants in green tea, caffeine may help to support memory processes.

Rosemary is a fragrant herb which contains a specific antioxidant called carnosic acid. This compound is thought to exert some benefits which are unique when it comes to memory. As it acts as an antioxidant in the body, it may help to protect against oxidative stress in the brain which, in turn, could help to protect memory processes as we get older.

Gingko biloba is a one of the oldest medicinal herbs known to man. It is traditionally used to maintain a healthy circulation of blood around the body, including boosting the flow of blood to the brain.

In turn, this herb can help to support your brain function and memory; in China where this herb originated, it was known as the ‘Memory Tree’. Our Ginkgo biloba drops are made from freshly harvested Ginkgo biloba leaves.

Are you looking for simple steps to banish varicose veins and ease existing symptoms?

I'm here to help - just sign up to my 4 step plan to banish varicose veins!

You'll receive a series of emails with my advice on how to reduce symptoms of varicose veins and prevent them from getting worse.

Simply enter your details below to join my 4 step programme and receive your varicose vein-busting emails.

Then look no further than Ginkgo biloba drops.

To find local independent stores in your area that sell Ginkgo biloba drops, simply type your postcode below.

There are a number of reasons for poor circulation such as age, general health, hereditary factors ...
Read more >

What can I do to ease the symptoms of varicose veins?

The seeds of horse chestnut have been used for ages to treat varicose veins. Horse chestnut seeds ...
Read more >

What can I do to improve my memory?

How well is your memory working?

Quick and simple tests to assess how well your working memory, short-term memory and long-term memory are working.

The circulatory system - what is it, what happens when things go wrong, how to treat problems and common signs of poor circulation.

Daily dry skin brushing can not only improve the appearance of your skin, it can also improve poor blood circulation too!

5 steps to skin brushing for circulation