home > health > eyes > is omega 3 the key to healthy eyes

Is omega 3 the key to healthy eyes?

Omega 3 is an essential fatty acid that performs a wide range of functions throughout the body, helping to lower inflammation and support healthy brain function. However, there’s a hefty amount of research out there that explores the potential benefits of omega 3 when it comes to your eye health.  Some studies have found that omega 3 may work to protect retinal cells from damage as well as protect your eyes from the effects of macular degeneration! With so much to offer, it only seems right to investigate these benefits further and explore how you can increase your intake of omega 3.

Is omega 3 good for your eyes?

Fat is often mistakenly believed to be a bad thing, with so many of us going to extreme levels to avoid the nutrient for fear it may contribute towards bigger waistlines and increase our risk of cardiovascular disease. However, believe it or not, your body relies on a certain amount of fat for optimal health and that’s where fatty acids like omega 3 come into the picture.

Essential fatty acids are often known as the ‘building blocks’ of fat and they do play a vital role when it comes to supporting the function of muscles, nerves and organs. Omega 3 in particular holds many benefits for your health and is often referred to when it comes to cardiac health, brain function, your muscles and joints and even your skin – if you want to learn more, please take a look at our nutritionist Emma’s blog, ‘9 incredible health benefits of omega 3.’

Your eyes, however, are no exception and also rely on a healthy intake of omega 3 too. For example, did you know that around 30% of your retina is composed of DHA, an omega 3 fatty acid? When you consider this it’s no wonder omega 3 is so important for your vision! Below I’ve listed just a few ways that omega 3 can help with common eye problems and conditions.

How can you get more omega 3 into your diet?

I imagine that many of you are already familiar with dietary sources of omega 3 – oily fish such as salmon, mackerel and sardines are famous for their rich content of omega 3 after all. But what if you’re vegan or vegetarian? How can you get an adequate intake of omega 3 from a plant-based diet?

There are plenty foods that do contain ALA, an essential form of omega 3 that cannot be produced by your body. For example:

However, while ALA is a fantastic form of omega 3 that’s even capable of being converted into DHA and EPA, only a very, very small per cent of omega 3 is ever converted. This can lead to concerns that vegans and vegetarians aren’t getting an adequate amount of omega 3’s other two vital forms which is where supplements may come into the picture. 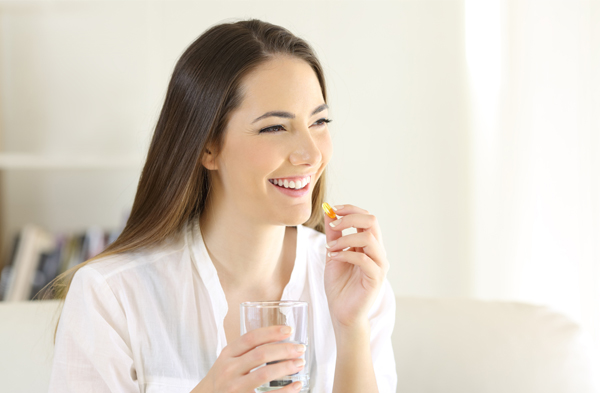 The most famous omega 3 supplement is clearly fish oil but if you’re vegan or vegetarian this particular form is off the table. Instead, you may want to opt for a supplement like Vridian’s Vegan EPA and DHA Drops. It’s an excellent alternative to fish oil derived from sustainably grown marine algae. This supplement helps to provide you with the full spectrum of omega 3, 6 and 9 and can be used by young children too!

Where to buy Vision Complex locally

Then look no further than Vision Complex.

To find local independent stores in your area that sell Vision Complex, simply type your postcode below.

My eyes feel tired all the time, but it's not hayfever. What can I do?

Firstly, and most practically, assess your sleep quota. Are you getting sufficient sleep? You may ...
Read more >

Can stress cause itchy eyes?

When you are stressed, muscles tighten. The movements of your eyes are controlled by tiny muscles ...
Read more >

Read more eye health articles
5 simple tips to avoid dry eyes when travelingWhy do I wake up with puffy eyes in the morning?How does dehydration affect your eyes?Why do my eyes get itchy in summer?5 worst foods for your eyes8 bad habits that could be damaging your eyesHow do I get rid of a stye10 common myths about your eyesCan hormone changes affect your eyes7 tips to keep your eyes happy during summer6 common reasons for that gritty feeling in your eyesCan stress and anxiety affect your vision?Could blue light be damaging your eyes?How does hyaluronic acid help your eyes?Our winter survival guide for your eyesRed eyes? Learn how to prevent and relieve your painTrust me, I&#39;m Vision ComplexPurple Carrot Juice and eye health

After watching BBC 2’s ‘Trust me, I’m a Doctor’, episode on eye health, I share my thoughts about the programme and their treatment of natural supplements.

As the A. Vogel Eye advisor, I recommend Vision complex with extracts of Mexican marigold and blackcurrant, to help support eye health.

Computers can damage your eyes! Between 50% and 90% of people who work at a computer screen experience eye trouble, including pain and eye strain.

How to work at your computer without straining your eyes