home > health > mens health > how can men benefit from mindfulness

How can men benefit from mindfulness?

Mindfulness is a form of meditation that has been growing in popularity in recent years. Don’t worry, I’m not saying you need to sit cross-legged surrounded by incense for hours on end! Many people are attracted to mindfulness because of its simplicity – but what health benefits could it bring? Find out in my blog post!

Mindfulness has been increasing in popularity in recent years. Its roots can be traced back to both Hinduism and Buddhism and is thought to have been practised for thousands of years.

In recent years, the West has begun to take advantage of the power of mindfulness and mediation, and as a result its popularity has been rapidly increasing.

So what exactly is it?

In this way, you are allowed to take notice of thoughts and feelings which may not have been previously obvious, such as a fear or anxiety about something you didn’t realise was bothering you. You are also better able to identify aches and pains in the body – such as a sore neck stemming from poor posture.

What are the benefits of mindfulness?

As with any form of meditation, the main aim is to calm and relax the mind. By allowing thoughts to come and go as they appear, this allows your mind to offload the things it’s been focusing on or blocking out all day. It can also train you to cope better with the constant bombardment of thoughts that fly around our minds all day long.

This has a few specific benefits including reducing stress, improving focus and easing anxiety.

Life is full of stressful situations these days: commuting in busy traffic, looking after demanding children, meeting deadlines or trying to make ends meet financially. Even when you aren’t thinking about them, the mind can be subconsciously ticking them over, causing low level stress that you might not notice, other than that slight uneasy feeling in the back of your mind.

Mindfulness helps you to identify what is causing this uneasy feeling so that you can deal with it and then get on with your day stress free!

Reducing and managing stress is so important because stress has a huge impact on the body, and is even thought to contribute to serious problems like cardiovascular diseases.

Essentially, when the mind is stressed, it sends the body into a primal ‘fight or flight’ response. This heightens muscle function, heart rate and cooling mechanisms (which is why we sweat when we get stressed) whilst also shutting down long term survival systems, like the immune system, digestive system and reproductive system. As a one off, this doesn’t have long-term effects, but continual stimulation of the stress response can start to impact your overall health, contributing to heart disease, mental health issues and even the development of an enlarged prostate. 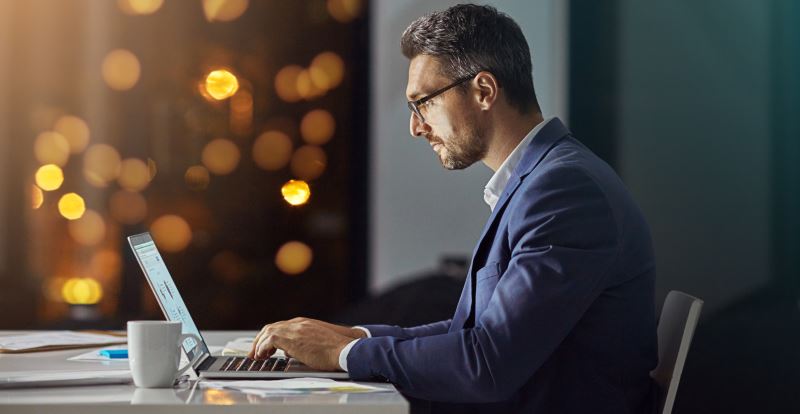 A reduction in stress often has the knock-on effect of improving focus and concentration levels.

A mind clear of clutter and stressful thoughts is much more able to focus on the tasks that are really important. Big meeting coming up at work? Preparing for an interview? Trying to get a project finished? Practising mindfulness when you feel your mind getting a bit jumbled up and stressed out is a great way to clear the mind and find some focus.

In the long-term, mindfulness can give you an increased ability to focus on one thought at a time, making it more difficult for the mind to become cluttered and distracted.

Not only this, but meditation is also thought to increase blood flow to the brain, not just during the practise of meditation, but long term as well. A 2010 study found that “CBF [cerebral blood flow] in long-term meditators was significantly higher compared to non-meditators in the prefrontal cortex, parietal cortex, thalamus, putamen, caudate, and midbrain.”1

All this extra blood flow should help you to feel more switched on, focused and clear.

Meditation could help to keep your brain healthy as you age. Firstly, the increased blood flow can help to keep problems like brain-fog or poor memory at bay, but meditation can also change the structure of your brain in the long term. A 2015 study from the UCLA found that age-related grey matter decline was significantly reduced in those who meditate compared to a control group who did not2.

While it may not prevent age-related cognitive or neurological problems indefinitely, it seems that it can certainly slow them down.

Anxiety can be a huge problem for men – even if we don’t like to talk about it! Sometimes this can stem from stressors like work, young children or financial problems, and sometimes it is just a problem that seems to develop out of nowhere.

Regardless of the cause, mindfulness can be a huge help. Not only can each practise help to clear and calm the mind, allowing you to identify what is really causing you anxiety, but over time the exercise can help to strengthen the mind against stress and anxiety, making it easier to cope with your usual triggers.

One study found that an 8 week course of mindfulness showed ‘statistically significant improvements in subjective and objective symptoms of anxiety’, and also that these effects were still seen in those patients still practising mindfulness three years later3.

Do men and women react differently to meditation? 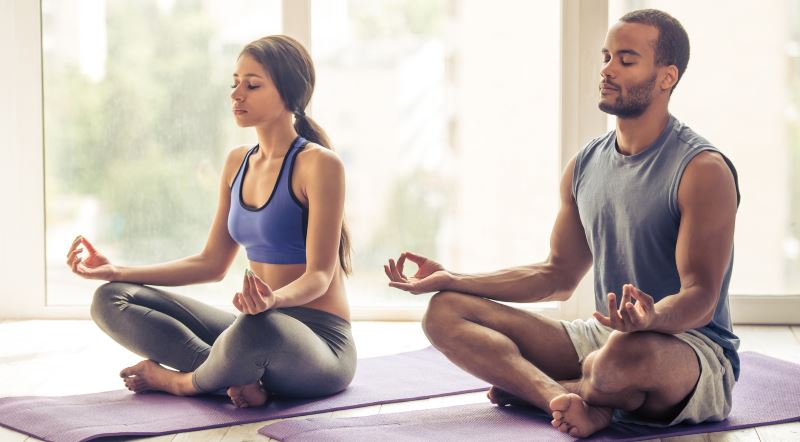 There is some argument that mindfulness only works on women but has no effect on men. A 2017 study found that while mindfulness helped women overcome low mood, it actually worsened mood in men.

However, I think there are a few things to take into account here. We know that, as a broad generalisation, us men are more likely to bury emotional problems or channel them into unhealthy behaviours. This could mean that something like meditation could bring up these thoughts and feelings again, which could, of course, affect mood at first. However, over time, it is likely that mindfulness could help to re-train the mind to deal with these issues better.

There is also some argument that in primitive times men generally fulfilled a protective role, meaning that even today they find it harder to switch off. However, as with any new skill, after some time and regular practise, mindfulness should become easier and therefore more effective.

The only way to really see if it will work for you is to give it a go!

How to start mindfulness

So how do you get started?

Well, I’d really recommend signing up to Headspace, a program which provides guided mindfulness practises. Each practise is just 10 minutes long so it’s really easy to squeeze into your day – before work, on the commute, during your lunch break or in the evening. It’s also full of useful videos and information to help you with your practise.

The basic pack is free so you can try it out to see if you like it. After that you can pay to upgrade to other, more tailored, packs if you like.

3) ‘Three-year follow-up and clinical implications of a mindfulness meditation-based stress reduction intervention in the treatment of anxiety disorders’ General Hospital Psychiatry, May 1995

Then look no further than Hyperiforce, St John's Wort tablets .

To find local independent stores in your area that sell Hyperiforce, St John's Wort tablets , simply type your postcode below.

Heart problems
11 risk factors for heart-related problemsAre men more prone to heart disease?High cholesterol - what is it and how to manage itHow to keep the heart healthy

UTIs
Can an enlarged prostate cause UTIs?

Other
3 health problems men are more prone to4 key signs of low testosterone5 surprising men’s health statistics8 common reasons for night sweats in menAre men less likely to visit their GP than women?Are men more at risk of infections?Can lack of testosterone make you tired?Does every man go through a midlife crisis?Does vitamin D affect testosterone levels?Frequent toilet trips - causes and treatments for menHow can men benefit from mindfulness?How does sleep differ for men?How does stress affect male health?Is your masculinity preventing good sleep?Is there a male menopause?Osteoporosis in men - causes and treatmentsTop tips for good male healthWhat are the health benefits of magnesium for men?What causes lack of energy in men?What is irritable male syndrome?