Coconut oil is once again a hot topic! Today we saw Dr Mosley on ‘Trust Me I’m a Doctor’ discuss the positive impact coconut oil could have on our healthy HDL cholesterol levels. To discuss this topic in more detail, I want to introduce you all to an interesting article from our friends over at Jan de Vries. Here Ayesha from Jan de Vries HQ looks at 6 amazing benefits of coconut oil, from managing those cholesterol levels to teeth whitening – fascinating!

It would be remiss of me to start talking about the benefits of coconut oil without first acknowledging what Dr Mosley uncovered about its effect on cholesterol.

Now coconut oil is high in saturated fats, the sort of fat that most of us try to avoid like the plague. This is because saturated fat has been proven in the past to raise levels of bad or unhealthy LDL cholesterol. Unfortunately, its content of saturated fat has put many off using coconut oil, which as Dr Mosley found out for himself, is more than a little bit unfair.

However, not all coconut oil is created equal so if you are going to try to increase your intake, I’d recommend an organic, virgin form of coconut oil like Optima's Organic Raw Virgin Coconut Oil which is great for cooking with!

If you’ve read any of our beauty and skincare blogs you’ll know that coconut oil is definitely one of our favourite ingredients for homemade face masks and moisturisers – as my colleague Jeanette details in her article on the 5 surprising uses of coconut oil. It acts as a natural anti-inflammatory agent, reducing redness and swelling, whilst imbuing skin with an abundance of free-radical fighting antioxidants. It’s also intensely moisturising and incredibly versatile – you can use it for everything, from removing make-up to soothing chapped lips!

Getting the perfect smile 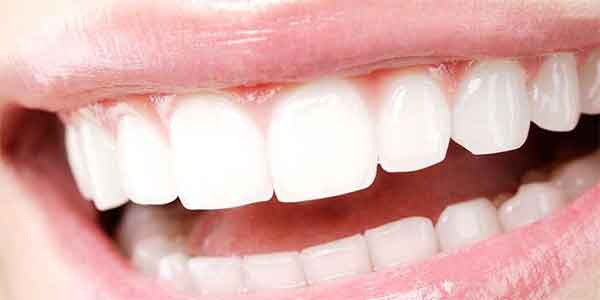 Looking for a natural way to brighten your smile? Recently coconut oil has really taken off as a way of cleaning your teeth. The tradition of ‘oil pulling’ dates back centuries and coconut oil is particularly effective due to its natural antibacterial agent. Simply swish the oil in your mouth for up to 20 minutes and it can help to remove harmful bacteria and other toxins for healthier gums.

The lauric acid in coconut oil also helps to get rid of plaque for a brighter, pearlier smile which is why it’s now found in so many teeth whitening products like My White Secret’s Activated Charcoal Teeth Whitening! It also has the added bonus of being 100% peroxide-free making it a great option for those with sensitive gums or teeth!

Anti-viral, anti-inflammatory and antibacterial, it’s hardly surprising that coconut oil can also help to bolster your immune system and again its content of lauric acid has to take the bulk of our applause. It helps to prevent the spread of unfriendly bacteria and parasites. It’s even thought that coconut oil might be able to improve your white blood cell counts, helping you to fight off viruses like the cold and flu.[1]

As I’ve mentioned, coconut oil is high in saturated fats but it also contains medium chain fatty acids that are used for energy rather than stored as body fats. This means that coconut oil is considered to be ‘thermogenic’ which means that it can increase energy expenditure (fat burning) despite its high number of calories.

In fact, one study found that 1-2 tablespoons of medium chain fats per day increase energy expenditure by an amazing 120 calories day![2] Proof that sometimes, low fat, calorie counting diets are not the answer to increasing your metabolism and energy levels.

It’s no secret that coconut oil can help to reduce inflammation, which makes it particularly effective against inflammatory muscle and joint pain and useful for a condition like arthritis. One study found that virgin coconut oil treated the symptoms of arthritis more effectively than certain medications[3] by suppressing inflammatory cells. This makes it a popular natural pain reliever with many using coconut oil to reduce muscle cramps and joint pain or as part of a soothing massage.