home > food > are you getting enough iodine

Are you getting enough iodine?

Could your diet be putting you at risk of deficiency?

Iodine is an important mineral: it helps support our metabolism, which can have an impact on our energy levels and weight management, but strangely it often isn’t top of mind! Recent reports have found that young women may be deficient and worryingly still, dietary trends could be having a negative impact. Here I explain where the problems lie and what steps can be taken to help.

What is iodine and why is it so important?

Iodine is an essential trace mineral, however, despite only needing relatively small amounts, we still need it! When we refer to ‘essential’ minerals and vitamins, this term means that we can’t manufacture it in our body but instead we need to acquire it from our diet – if we fail to do so, we can run into problems.

Iodine is essential for the manufacture of thyroid hormones. These hormones are responsible for supporting our metabolism (the rate at which we expend energy), and therefore energy levels but also weight management. Iodine is also thought to be very important during pregnancy for foetal development.

In recent years, some worrying statistics have suggested that as a population, we have worryingly low levels of iodine. This is especially apparent in young women, which is even more of a worry, in terms of this group being optimal child-bearing age. For the last 10 years a number of studies have investigated this extensively and it has been concluded that the iodine status of both young1 and pregnant2 women in the UK is dangerously low.

So, what warning signs can indicate that you could be low in iodine? Some symptoms to look out for include the following:

Are recent dietary trends having a negative impact?

Is this problem getting worse or are we just becoming more aware of it? Traditionally developing countries have had a larger problem with iodine deficiency and positive progress has been made in many countries which is fantastic news3.

However, in more recent years when we focus on the UK in particular, it seems that we may also have a national problem. Much of the attention has been focussed on younger women, particularly because iodine deficiency is particularly problematic during pregnancy. However, we know it can also be a problem as we get older particularly as women approach menopause – thyroid and problems with metabolism issues are common during this time too and often need addressing. So is it possible that we are more at risk than ever? Why?

Although there’s no conclusive evidence, vegan diets (so excluding dairy which is an accessible source of iodine) or ‘clean eating’ regimes, typically cutting out processed items such as meat and dairy, have recently had a mention – could they be part of the problem? Soya milk and dairy-free alternatives to milk have been targeted too, with claims that they contain only 2% of the iodine of diary milk.

How can I be sure I’m getting enough?

Although I always say that we need to be wary of diets that are too restrictive, believe me when I say that you can still get enough iodine if you’re vegan or avoiding processed foods, but perhaps it is just something to be a bit more aware of going forward.

Some lovely food sources of iodine include: 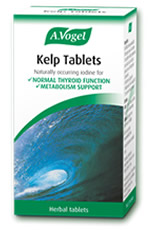 Then, if you feel like you need a little helping hand to get your iodine fix, why not consider a kelp supplement? Kelp is one of the richest dietary sources of iodine, and when taking in a nice food form, we are more likely to absorb it and make better use of it. We don’t want huge doses, just enough to give your iodine levels a boost and keep your thyroid ticking along.