home > food > is dark chocolate really that good for you

Is dark chocolate really that good for you?

In recent years dark chocolate has been described as everything from a tonic for anaemia to a tool to help lower your blood pressure. However, as we approach World Chocolate Day, I wanted to examine some of these health benefits a bit closer to see if they really hold up under scrutiny or if dark chocolate still deserves to be treated as junk food.

Chocolate originates from the Theobroma cacao seeds (sometimes known as cocoa seeds) which are native to South America. In ancient times, the Mayans believed that these cacao beans were the food of the gods and often utilised them alongside chilli peppers and water to make a bitter liquid that was seen as a special treat. 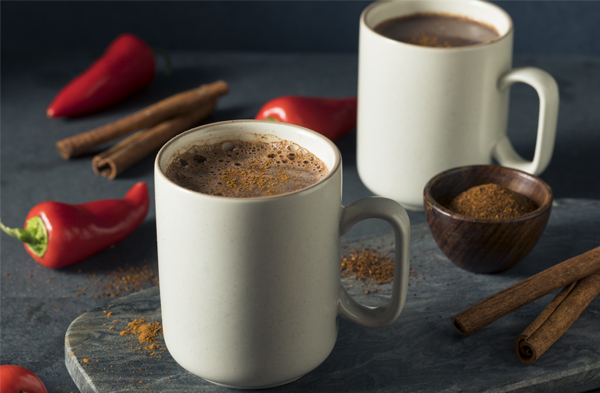 Of course, chocolate as we all know it today couldn’t be more different from the Mayans' idea. These days, chocolate is prepared by roasting cacao beans at an extremely high temperature and then combining them with sugar and fats. This means that naturally, given the changing attitudes towards health and diet, it has somewhat fallen out of favour with the public.

However, a number of studies in recent years have focused on the health benefits of dark chocolate, with research lauding it as being the ‘healthy alternative’ offering a higher content of flavonoids, minerals and other health-boosting compounds. How realistic are these studies though and, more importantly, can they be trusted? Let’s take a look!

Cocoa, with its high content of flavonoids, is the main focus here however this ignores a basic problem. Yes, dark chocolate does contain more cocoa than milk chocolate, however, it contains a processed form of cocoa that has had most of its nutritional content stripped away and that’s without even discussing the other ingredients used in dark chocolate, namely refined sugars and fats!

Another similar study examining the relationship between chocolate and blood pressure included participants that were getting, on average, 670mg of flavonols. While cocoa does contain flavonols, you would need to eat around 12 bars of dark chocolate a day to get this content of flavonols.2

Where does this research come from?

When it comes to analysing the research on dark chocolate there’s also another problem to consider – is it unbiased? The problem with a lot of studies that have appeared to flaunt the benefits of dark chocolate is that they’re being funded by large confectionary companies who have an agenda of their own. The findings, therefore, are often exaggerated and attention tends to be given to the positive points found in the studies, ignoring any shortcomings or setbacks. 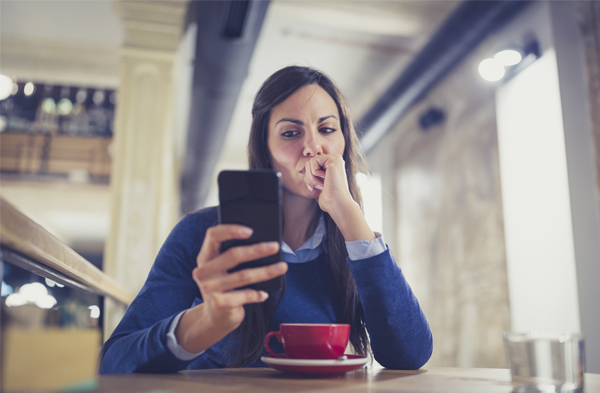 The NHS does a good job of actually breaking down what studies have actually found about chocolate and addresses the caveats of the research. I’m sure you’ve all heard recently that two bars of chocolate a day is thought to help prevent strokes. While the study did conclude that those who ate the equivalent of two chocolate bars a day did have a lower risk of stroke than those who did not, the study did not adequately explain the cause and effect relationship or take extenuating variables into account.3 Returning again to chocolate and blood pressure, many of the studies were only short-term and even the authors argued that longer-term trials were needed.

You’re probably familiar with what a placebo is and how it is utilised in research. Typically in studies participants will be divided into two competing groups. One group will be given the medication that is being trialed, while the other group will receive a placebo. The effectiveness of the true medicine will be measured against the placebo group, however; this type of study can be problematic when it comes to chocolate.

Firstly, chocolate has a very distinctive taste so right off the bat, most participants can tell whether or not they are being given a placebo. The other issue is your own response to chocolate –you may perceive chocolate as a reward so your body will automatically react. It may release happy hormones such as endorphins and neurotransmitters like serotonin which can then affect the outcome of the study.

So is dark chocolate really that healthy?

So, taking all these issues into consideration, is dark chocolate really as healthy as we first presumed? Well no, not exactly. While dark chocolate might contain more cocoa, which is naturally rich in minerals like iron and magnesium as well as antioxidant flavonoids, the quality of this cocoa is questionable, not to mention that dark chocolate does still contain plenty of fat and sugar.

For example, Cadbury’s Bourneville chocolate is a very popular type of dark chocolate but, when you take a look at its nutritional content, it’s not that different from your average bar of Dairy Milk. It still contains 13 grams of fat and 26 grams of sugar which is only a gram lower than Dairy Milk so you’re unlikely to notice much change by switching to dark chocolate here.4

When it comes to dark chocolate quality really matters so it might be better, instead of focusing on cacoa contents, to consider another alternative – cacao.

The difference between cocoa and cacao 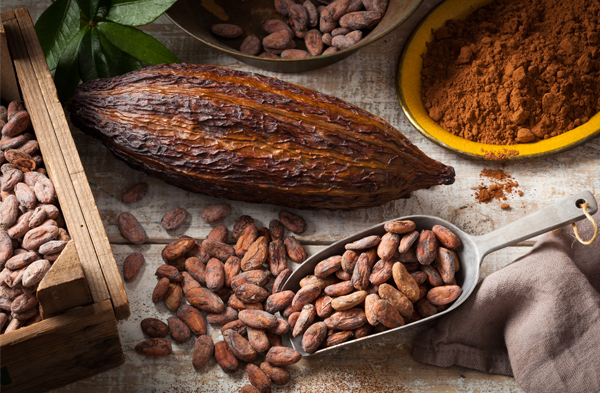 I’ve already spoken a little bit about how traditional chocolate is made but what about cacao? Cacao has only emerged on the health food market in recent years and many now see it as a bonafide superfood. Similar to chocolate, cacao originates from the same cocoa seeds as chocolate but is processed in a radically different way.

While the cocoa beans used in chocolate are roasted at high temperatures, which essentially strips many of the bean’s beneficial nutrients away, raw cacao is made by cold-pressing unroasted cocoa beans, which actually helps to preserve their nutritional content. This means that raw cacao does actually contain quite a high level of antioxidants and minerals!

Of course, it still matters what you do with the cacao next but, if you really do find yourself craving some chocolate this World Chocolate Day, raw cacao bars might be a healthier option. That being said, it’s still important to put an emphasis on the word healthier. As always, moderation is key so try to keep that in mind this World Chocolate Day but don’t be afraid to treat yourself!