home > food > fact or fiction the truth about salt

Fact or fiction? The truth about salt

Salt can be a tricky issue to talk about as there is so much conflicting information circulating. Ever since studies conducted during the 1970s, salt has been seen as something to be avoided, with low salt DASH diets often being recommended for those with hypertension or heart disease. However, recently there has been a backlash against this mentality causing a lot of confusion – is salt good for us? Is it not good for us? Today I’m going to investigate both sides of the story to uncover the truth about salt.

Why is salt bad for you?

Salt, often referred to as ‘sodium’, is in fact composed of two minerals, sodium and chloride. On average, it is around 40% sodium and 60% chloride, although this figure can vary depending on the type of salt you are consuming. If you’re a healthy adult, you’re usually recommended not to consume more than 2300mg of sodium a day, which equates to roughly one teaspoon of salt.

Of course, given the amount of hidden salt in most of our diets, it’s not exactly surprising that many of us don’t live by this guideline and this is generally where health problems can occur. Salt first entered the public consciousness during the 1970s, when health expert recommended that Americans cut their salt intake by 50%, largely due to studies conducted by Lewis Dahl, who made the connection between salt and hypertension after conducting experiments on rats.

Does this evidence still hold up 40 years later though?

Well Dahl’s rats were fed around 500g of sodium a day – well above the 2.3g guideline! However, more recent studies do seem to concur with the idea that salt can raise your blood pressure, causing hypertension.

Could salt be good for you?

Okay, so salt has been linked to raising your blood pressure, that’s undeniable, but are these low sodium diets really everything they’re cracked up to be?

In cases of high blood pressure perhaps, however, if your blood pressure is normal, some studies have found that low sodium diets could lead to increased cases of insulin resistance.3  There’s also evidence to suggest that diets that restrict sodium too much can be linked to increased levels of LDL cholesterol and blood triglycerides, with one study finding a 4.6% and 5.9% increase respectively.4

Okay, so salt is now good for you? Well not exactly. What really matters when it comes to salt are three things:

Let’s start with the first issue on the list – sodium and potassium!

What is the role of sodium and potassium in the body?

Sodium and potassium are both what are known as ‘ions.’ Ions are electrically charged chemicals that help to power your cells and are used by neurons to communicate.5

Your body needs the right balance of sodium and potassium to function properly and they exist in a sort of balance – your body pulls potassium into your cells and pushes sodium out to generate an electrical charge that powers your neurons. Your body also relies on both nutrients for proper fluid balance and to maintain healthy kidney function. 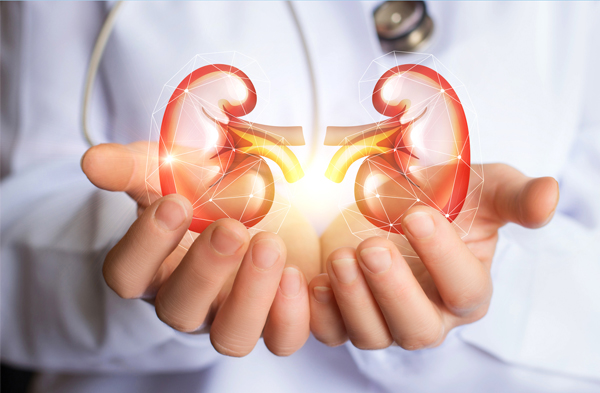 What are the different types of salt?

Okay, so here in the West it’s thought that we have a big problem with our salt intake but it’s estimated that those in countries such as Japan and South Korea are consuming even more salt than us, yet despite this they have some of the largest numbers of centenarians worldwide and some of the lowest rates of cardiovascular disease.

Why is this though? Well, it’s thought that the main problem here in the West is where we’re getting our salt from. In most cases we’re sprinkling heaps of table salt unnecessarily over our fish and chips or eating large quantities of processed foods such as processed meats, bread and ready-made meals.

In Japan, they get their salt from more natural sources that haven’t been so heavily refined and still retain some of their innate minerals. That’s why the type of salt you choose to consume is extremely important. Below I’ve listed a few of what are considered to be the healthiest salts available: 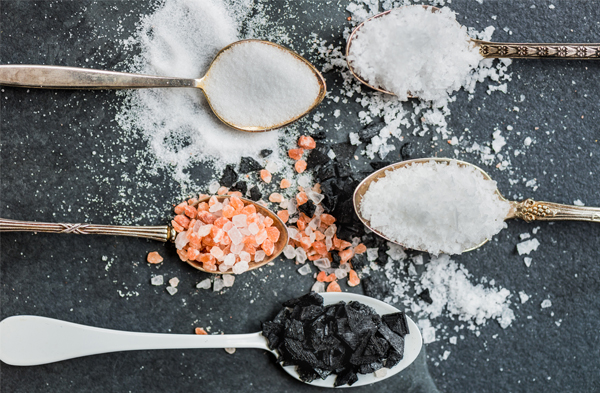 You’ve probably heard of Himalayan Pink Salt – it’s widely considered to be the cleanest and healthiest salt available, containing around 84 trace minerals and elements, including potassium! As the name may suggest, it typically comes from the salt mines below the Himalayan Mountain Range and has largely been untouched by pollution or other unwanted chemicals.

Sometimes known as ‘grey salt’, this particularly type of salt originates from France, or more specifically, Brittany. It’s generally considered to be a moist, unrefined salt that’s still rich in minerals and is excellent for helping to restore your balance of electrolytes too.

The type of salt favoured by the Japanese and other countries in East Asian, sea salt is thought to contain plenty of nutrients which is why we use it in our own Herbamare Seasoning Salt, which contains extracts of 12 organically grown herbs and iodine-rich kelp, providing plenty of flavour without any unwanted chemicals.

What can be good for one person, can sometimes harm another

How much sodium you need and how it affects you will vary from individual to individual. If you suffer from high blood pressure or have a history of hypertension then yes, keeping an eye on your intake is probably a sensible idea. However, at the same time, some of us may need more sodium than others.

If you exercise regularly, for example, the chances are you’re going to be working up a sweat, which means that you’ll be losing essential electrolytes such as potassium and sodium. That’s why some athletes are likely to need slightly more sodium in their diets in comparison to those that lead a more sedentary lifestyle. By more salt though, we don’t be excessive amounts!

My advice would be to try and walk a line between the two extremes – make sure you’re not consuming too much salt but more importantly, be aware of where your salt intake is coming from. If it’s primarily from processed foods and the stuff that sits on your dinner table, it may be time to shake things up a bit. Replace your table salt with a healthier alternative and cut down on refined carbohydrates and processed meats to ensure that you’re not exceeding the recommended daily amount and try to include more potassium-friendly foods in your diet!