home > food > are sports drinks really better for you

Are sports drinks really better for you?

If you’ve ever worked out in a gym before the chances are that you’re familiar with all the drinks that normally pop up in the vending machine – Lucozade, Powerade, Gatorade. All of these sport drinks allege that they can rehydrate you, replenish lost calories and offer an impressive array of vitamins and minerals, but are they too good to be true? I shall be exploring this divisive issue in today’s blog.

What does a sports drink do? 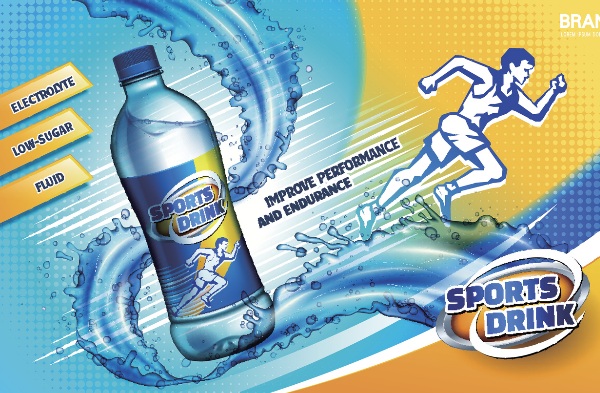 Why do these colourful drinks dominate gyms across the country and just what benefits  do they claim to have? Well, most sports beverages claim to be specifically formulated to help you rehydrate after a work-out, offering electrolytes, valuable minerals and carbs to help you recover from a hard session or to give you the boost you need to continue.

This does sound positive, especially since most energy drinks are now marketed as ‘low sugar’ so it’s no wonder that millions of people each year flock to their local gym’s vending machine for some much needed hydration, the thing is, what do these sport drinks really contain?

What do they contain?

As I mentioned, many sports drinks do contain beneficial components, such as fluid-retaining electrolytes, small amounts of minerals such as sodium and potassium, which are often lost through sweat, and energy-boosting carbs. There are usually three different types of sport drinks, aimed at fulfilling different needs:

Hypotonic: Hypotonic sport drinks are targeting towards rehydration, helping to replace any fluids that are lost in the course of your workout. However, they normally contain high levels of salt and sugar.

Isotonic: Isotonic sport drinks are very similar to hypotonic sport drinks in that they are also aimed towards replenishing your fluid levels, although they sometimes contain higher levels of carbohydrates to increase your energy levels.

Hypertonic: Hypertonic sport drinks are more geared towards increasing your carbohydrate intake in order to maximise your energy levels.

These drinks sound great in theory, but as you can see they do leave a lot of room for unwanted extras. Let’s take a look at one of the USA’s most popular sport drinks, Gatorade. A bottle of their Thirst Quencher contains around 56g of sugar – not as much as say Coca Cola but, considering women should only have approximately 25g of added sugar a day, it’s still double the recommended daily amount!

Even drinks that purport to be low sugar still contain a whole plethora of artificial flavours and colourings. How do you think Powerade get their drinks such an attractive shade of purple or red? These preservative and synthetic products are far from natural and are definitely not doing your body any good.

Not to mention such drinks also contain artificial sweeteners to make them more palatable, such as Lucozade Sport Orange, which contains sweeteners such as aspartame , which, as I explored in my last blog ‘The truth about artificial sweeteners’ is definitely a red flag. Yet, because these drinks are marketed as ‘sports drinks’ we’re far more likely to drink them as a healthier alternative to other fizzy drinks.

Kurt Beecher Dammeier explores this dangerous trend in the video below and discusses how sports drinks such as Gatorade could be contributing to the child obesity crisis in the USA.

Do they really work? 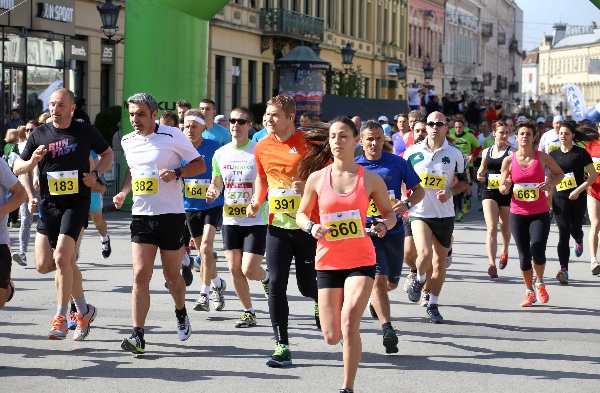 Okay, so sport drinks may contain some suspicious ingredients alongside their nutrients and electrolytes but do they actually work to enhance your athletic performance and rehydrate you? Well, this is a major source of controversy as most experts seem to agree that no, sport drinks are certainly no substitute for water.

Most of the problems seem to occur as a result of who is drinking these sport drinks. While a few studies do seem to indicate that sport drinks may be useful to those doing intense workouts, the fact of the matter is that many of the people drinking sports drinks are not exercising vigorously enough to justify their consumption.

In general, an hour long workout should not deplete your stores of electrolytes or glucose. One test analysed a group of runners and found that after a 45 minute run, neither their glucose levels nor their electrolytes levels had been diminished enough to justify drinking a sports drink.1  Not to mention, an increasing number of parents are allowing their children to drink sports drinks,  essentially pumping them full of unneeded sugars, salt and artificial flavourings!

As for their claims of hydrating the body, unfortunately sports drinks are also no replacement for water on this front. Although they may provide you with fluid, it has been demonstrated before in previous studies that sport drinks can be counterproductive to quenching thirst, leaving you unsatisfied.2

My final verdict is that while sport drinks may be useful after more intense workouts, overall rehydrating with water is still better. Sport drinks may contain carbohydrates, electrolytes and other trace nutrients, but unfortunately they’re also loaded with unwanted sweeteners and sugars that may have a detrimental impact on your health if consumed regularly enough.

So it seems that there really is no substitute for plain water, however if you do feel that you

need a pick-me-up after a hard workout, you could try our Balance Mineral Drink. Brilliant at rehydrating the body, it’s great for combatting symptoms of fatigue and contains trace electrolytes such as potassium and calcium to help support your muscles!

Suitable for those over the age of 16, it’s gently flavoured with strawberries for a more palatable taste. It contains absolutely no sugar and is easy to mix with water or even blend with smoothies!

“Lovely tasting drink which you know is doing you good and I did feel better after drinking this product which has a high amount of minerals and vitamins in it.”