home > food > ingredients > beetroot > how to cook with beetroot

Beetroot can be eaten raw or cooked. It often adds sweetness to a dish as well as a vibrant colour. People are often concerned that cooking beetroot will reduce the nutritional benefits, but cooking it carefully should prevent this from being a concern. With the popularity of beetroot ever increasing there are numerous ideas for incorporating it into the diet. 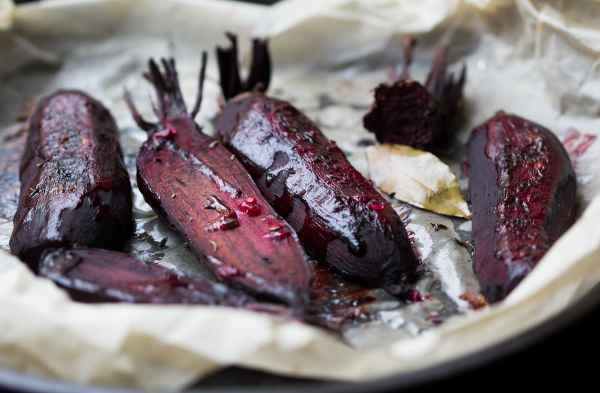 Roasting or baking beetroot gives it a lovely sweet flavour and tender texture. After cooking, the beetroot can be eaten hot, or left to cool. It keeps well in the fridge for a few days after cooking.

Boiling beetroot is common practice, particularly if then going on to make a beetroot soup or smoothie. Peeling the beetroot before boiling reduces cooking time but it can be fiddly. In general, it is easier to peel and cut the beetroot after boiling.

Bring the beetroot to the boil over a high heat, then allow to simmer over a low heat until it is easily pierced with a fork. This will take 30-40 minutes with the skin on, or approximately 10 minutes if the beetroot has already been peeled. 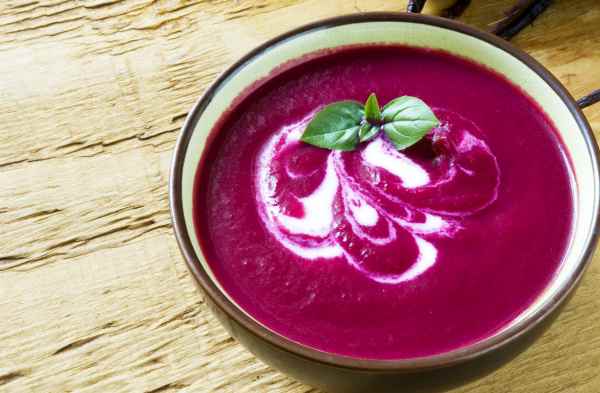 Borscht is a traditional Russian or Ukrainian soup in which the main ingredient is beetroot, giving the soup its distinctive red colour. It can be served hot or cold and is a highly nutritious type of soup. In general, it is best to boil beetroot before using in a soup as this makes the beetroot tender and easy to blend.

Beetroot is also a common ingredient to purify into smoothies. It is a very healthy addition to a smoothie, adding both a vibrant colour and sweet flavour. Beetroot juice was one of Alfred Vogel’s favourites.

Beetroot has recently been working its way into cake recipe ingredients, becoming a feature of chocolate cake, contributing both texture and flavour, and is the star ingredient of red velvet cake. A. Vogel has begun to experiment with other ways of sneaking beetroot into the diet, including recipes such as distinctive beetroot breadsticks.