10 tips to help you avoid food poisoning this summer

If you’ve ever suffered from food poisoning, you’ll know how horrible it is. Contracting it over summer can be particularly disappointing as it forces you to miss out on those warm, sunny days out with family and friends. Contracting it on holiday can be even worse, because you’ve spent so much money to get there, and chances are you won’t get to go back for a while! To help you prepare for the summer, I share some of my top tips for avoiding food poisoning.

What is food poisoning?

Food poisoning is caused by contaminated food. The majority of this contamination is caused by bacteria, such as campylobacter, salmonella, E. coli and listeria – though sometimes viruses and parasites can be the cause.

Food poisoning results in vomiting, diarrhoea, fever, stomach cramps, abdominal pain, aching muscles and chills. Most people recover from food poisoning fairly quickly after letting it run its course. In some cases, if symptoms are very severe and do not improve after 24 hours, medical assistance may be required.

This is one of the most important factors for cooking food at home (or on holiday if you’re in self-catering). Keep your hands clean, wash utensils and chopping boards in hot, soapy water and wipe all surfaces with antibacterial spray or wipes before and after use. These rules are particularly important when raw meat is involved.

Washing your hands before eating is also important, whether you cooked the food or ordered it in a restaurant!

#2 Wash fresh produce before you eat it

People often associate food poisoning with meat, but you can also get it from fruit and vegetables. Make sure to wash salad before serving with your barbecue (even if it says ‘pre-washed’) and wash fruit and veg thoroughly before eating. Peeling fruit also helps eliminate contamination. 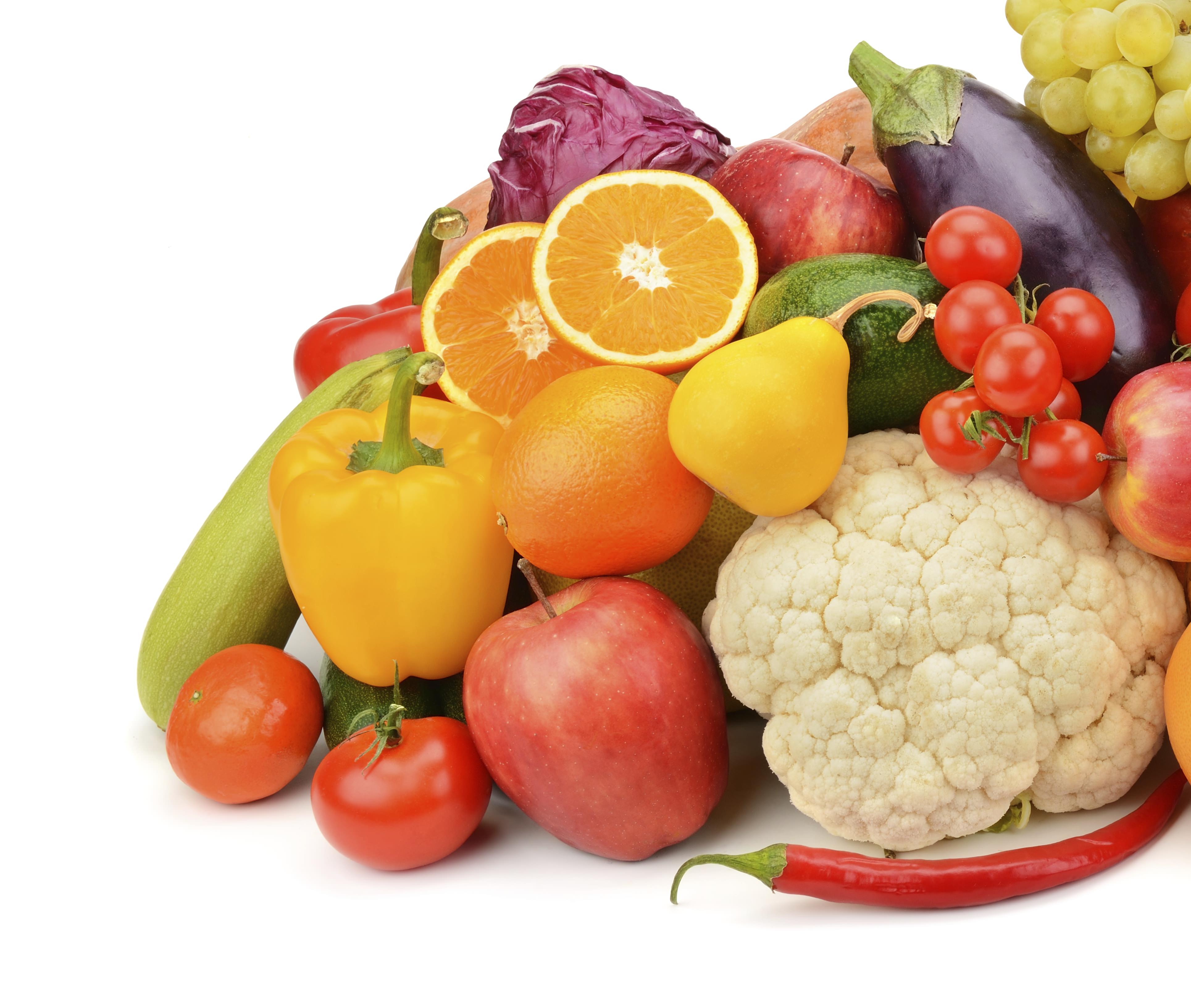 This is particularly important when buying fresh produce from markets abroad, as they often sit in warm temperatures for a few hours before you buy them, exposing them to flies and bacteria.

Whether at home or abroad, pay attention to use-by and best-before dates. Throw out anything past its use-by date, and check products past their best-before date for mould, unpleasant smells, changes in consistency and other indications that they may be off.

This is particularly important when abroad, as food can often be left out on a buffet on warm, humid days for several hours, giving bacteria plenty of time to multiply. This also exposes the food to flies, which carry bacteria.

Find a restaurant that cooks its food fresh and has a good reputation. If you really want to eat at a buffet, make sure that all the cold food is kept cold and the hot food is kept hot, and that both are covered.

#5 Make sure food is cooked thoroughly

Whether cooking it yourself or ordering from a restaurant, food should be piping hot throughout and visibly cooked. When eating steak, it is safe to eat if the middle is pink, but NOT if it is red or bloody.

Remember: it is okay to send food back in a restaurant if you think it isn’t cooked properly! Don’t let British politeness be the cause of your food poisoning.

#6 Be wary of shellfish and seafood

When cooked properly, seafood is usually safe to eat. However, some bacteria found in seafood, particularly in shellfish, are resistant to high temperatures so will still be contaminated after cooking! Sometimes 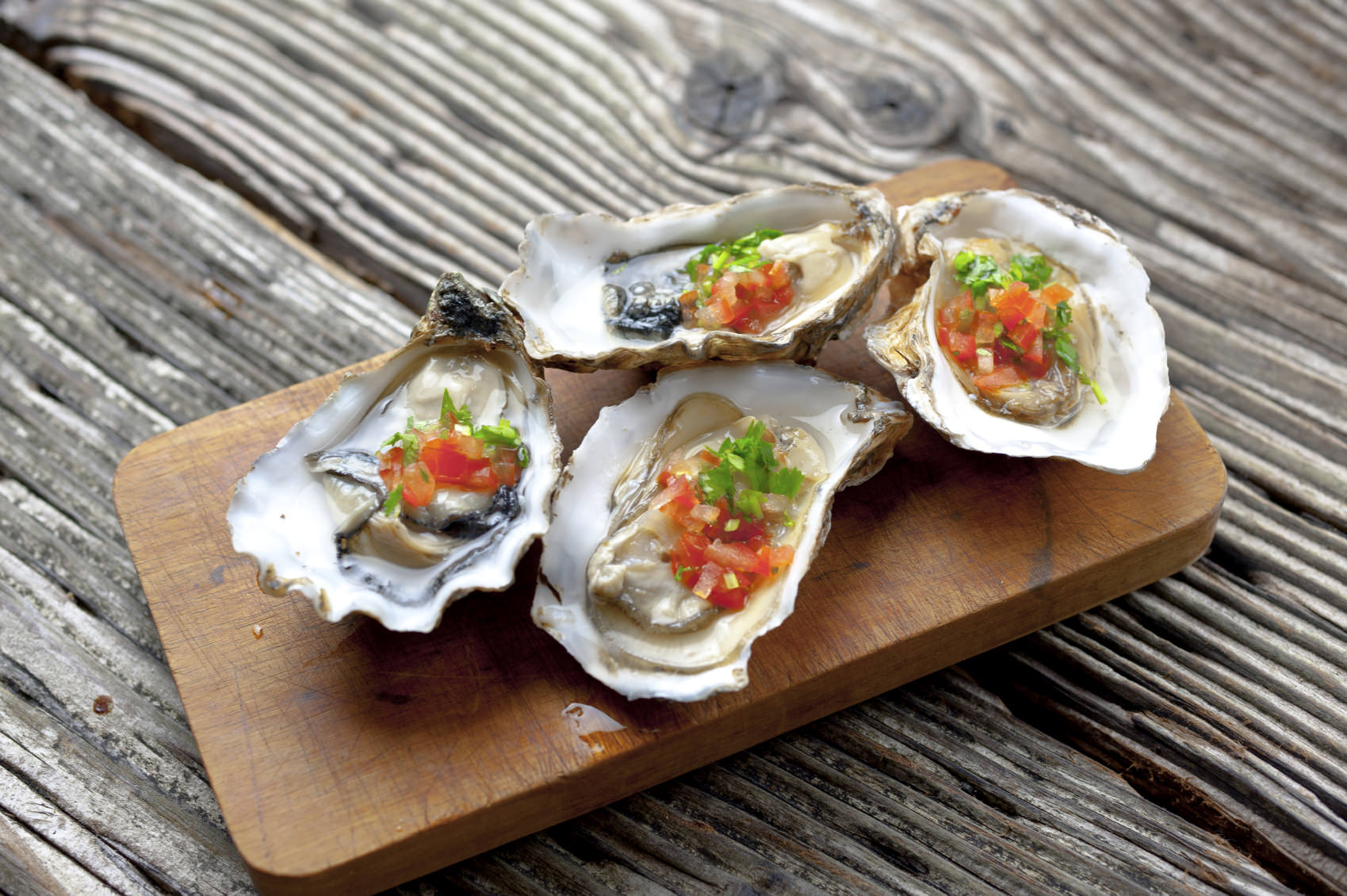 these bacteria are found naturally in the fish, due to contamination much earlier in the food chain. Sometimes bacteria can develop if the fish is not stored safely and not chilled quickly enough.

I'm not saying to never eat fish or shellfish, just make sure that the restaurant, shop or market you buy it from is clean and has a good reputation. In rarer cases bacteria in fish cannot be detected or prevented until its too late, so you'll have to decide if you want to take the risk!

While the tap water in the UK is clean and safe to drink, many popular holiday destinations do not have clean drinking water.

Make sure to drink only bottled water, and be wary of foods that have been washed in tap water, such as salads. You should also avoid using tap water to brush your teeth. 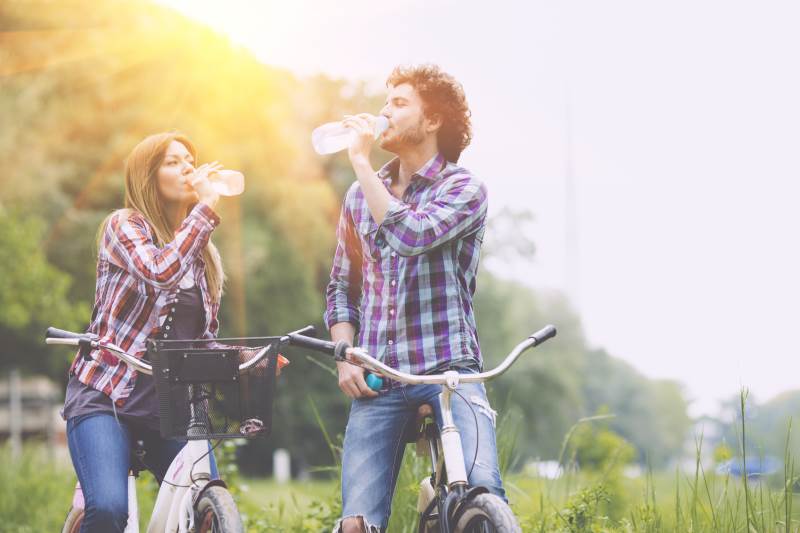 Not technically food poisoning, but similar bacteria to those found in unsafe drinking water can also be found in unclean swimming pools.

Before getting in the pool at your hotel or holiday resort, have a quick check to make sure it looks clean and clear, and smells of chlorine.

#9 Be wary of street vendors

Personally, I would avoid street vendors altogether, but I understand that eating street food is an important part of an authentic travelling experience for many: so if you’re going to eat it, just be careful where you get it.

Make sure you can see your food being freshly cooked when you order it, and make sure that when it is served it is piping hot all the way through, visibly cooked, and served on clean plates.

Have a quick check to make sure the preparation and cooking areas look clean. Look out for vendors with longer queues, as this indicates it has a good reputation.

Preparing your digestive system and keeping it in good condition before and throughout your trip abroad is vital to help prevent unpleasant reactions to mildly contaminated, unfamiliar or rich food – though if you eat food contaminated with a more severe infection, there unfortunately isn’t much you can do!

Taking both a probiotic and prebiotic will help build up the amount of good bacteria in the gut, which does wonders for digestion and provides protection against bad bacteria. I recommend Optibac’s Probiotic For Travelling Abroad alongside Molkosan, our prebiotic which helps feed good bacteria and create an environment in which they can thrive. Molkosan has the added benefit of containing L+ lactic acid, which acts as a natural antiseptic and helps prevent the spread of pathogens. Improving gut bacteria also helps to support the immune system, since the majority of immune cells are found in the gut, which is obviously important for dealing with pathogens.

Taking Digestisan before exotic and unfamiliar meals will help your stomach digest this food and prevent digestive complaints.

Taking Milk Thistle before and during your holiday helps support the liver, which plays a vital role in helping the gut cope with toxins so this is really important!

Top Tip: taking Milk Thistle before, after and the morning following a big night out can help prevent a nasty hangover!

Treatment
An introduction to diarrhoea treatmentsHow to make a quick recovery from food poisoningStomach bug? 5 foods you should eat

What should I do if I have diarrhoea?

If you suspect you have diarrhoea, keep an eye on your symptoms. If they last for more than four ...
Read more >

How long will my diarrhoea last?

How long your diarrhoea will last is dependent on the cause. Acute diarrhoea is the sudden onset ...
Read more >

Will Tormentil help my diarrhoea?

Tormentil can help to calm erratic contractions of the gut and maintain the normal, rhythmic ...
Read more >

Your gut is extremely sensitive... emotionally! It’s full of nerves (just like the brain), so when you’re stressed it can become upset, which can lead to diarrhoea or other digestive problems!

Is stress causing your diarrhoea?