Can you separate fact from fiction when it comes to your prostate?

When it comes to prostate problems it can be a bit of a challenge to separate fact from fiction, especially as the internet offers so much information on the matter. However, in this blog our guest author Dr Roger Henderson attempts to clear things up for you. Here he discusses what causes BPH, plus he outlines when you should seek help from your GP.

A survey conducted by A.Vogel Talks Prostate Health recently found that even if they were experiencing symptoms of an enlarged prostate, 1 in 5 men would ignore the problem in the hope that it would get better by itself.

Enlarged prostate, or benign prostatic hyperplasia (BPH), is a very common condition that is experienced by half of men over the age of 50. However, despite this an astonishing 70% of those who completed our surveyed had never heard of BPH.

Therefore, to help give men a better understanding of BPH, Dr Roger Henderson, a senior partner in a busy general practice in Shropshire, debunks some of the myths that could be causing worry or which prevent men from going to their doctor.

Myth 1: Enlarged prostate is a natural part of ageing and you can’t do anything about it

While BPH is linked to age, that doesn’t mean you should just put up with it.

First of all, once you’ve had a diagnosis from a doctor you could turn to Prostasan, a licensed herbal remedy containing extracts of Saw Palmetto berries. This provides relief from the urinary symptoms associated with an enlarged prostate, plus it is convenient to use – just take one tablet a day.

Also, alongside this small adjustments to your lifestyle, prescription medicines and dietary changes have all been shown to reduce the symptoms associated with an enlarged prostate and so can restore quality of life.

Take one Prostasan capsule daily with food to help relieve the urinary symptoms associated with an enlarged prostate. Do not chew the tablet.

"I have been taking A.Vogel Prostasan capsules for many years now and find they do make a difference. I have regular prostate checks and mine has not enlarged."

Myth 2: An enlarged prostate is likely to be a sign of cancer

An enlarged prostate can be a sign of cancer and you should always visit a medical professional if you have any concerns. However, although prostate cancer is the most common cancer in men, it is thankfully not as common as BPH. Your prostate enlargement is far more likely to be benign (non-cancerous) and treatable.

My golden rule is: if in doubt get checked out!

Myth 3: Nobody else in my social group is affected by this

As was mentioned above, approximately half of men over the age of 50 have BPH so statistically it’s very likely that your peers are going through something similar. In my practice I see a number of men each week with symptoms and that’s only the ones that come forward.

BPH is more common in this age group and the older you get the more likely you are to have symptoms. That being said though, symptoms can start from the age of 45 onwards and the condition is very common in men in the 50s or 60s.

Myth 5: If I ignore the problem it will get better by itself

Sadly this is unlikely to be the case and it’s best to seek out advice as, if ignored, an enlarged prostate can lead to complications.

If the problem is not severe, as I’ve already mentioned you may be able to manage an enlarged prostate with natural remedies such as saw palmetto as well as lifestyle changes. Exercise is thought to be beneficial, as is drinking lots of water so make sure to include more of these things in your day-to-day routine. Other men may need prescription medication but you won’t know unless you seek help!

Myth 6: It’s not serious so I shouldn’t bother anyone about it

Anyone who has been affected by BPH over a significant period of time will understand the impact it can have on your day-to-day life.

Those with the condition will have to plan trips carefully to ensure they are near a loo at all times, they may have to duck out of meetings at work, sleep deprivation can become a problem and also it’s common to experience issues in the bedroom too such as low libido and erectile dysfunction.

These things can all take their toll both physically and mentally so BPH deserves to be taken seriously. There’s no need to be stoical!

If you think you have a prostate problem then there’s no better advice I can give than do something about it! Get yourself checked out now and do not try to ignore the issue.

You can complete our Prostate Symptom Checker if you are wondering if your symptoms add up to the condition.

Results: Is an enlarged prostate a worry for you? 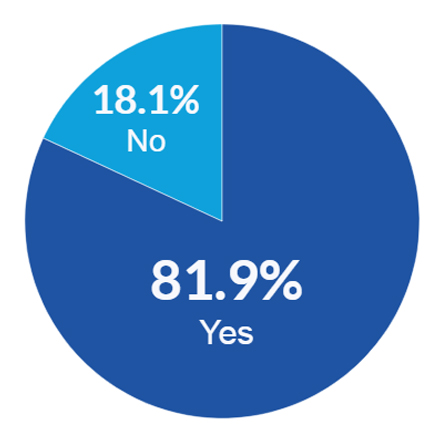