home > health > skin > how safe is your suncream?

How safe is your suncream?

Every year, when the sun does finally begin to shine, we are greeted with a familiar controversy – are suncreams really safe? Opinions are divided on the issue and both sides of the argument are worth exploring so today I’m going to investigate whether or not there’s any truth to the idea that suncreams could be potentially dangerous or if the headlines are blowing things out of proportion.

Why do some people think suncream is harmful?

Every year, when the weather finally does start heating up, the same controversy starts to appear in the headlines, with rumours swirling about the potentially dangerous side-effects of some of the ingredients in most of our suncreams. While many passionately seem to believe in these arguments, many others stand firm that there is no real evidence to back up these claims, meaning that opinions seem to be split squarely down the middle.

So which specific ingredients are causing this stir? To answer that question, I’m going to need to talk a little bit about how suncream’s work to protect your skin. 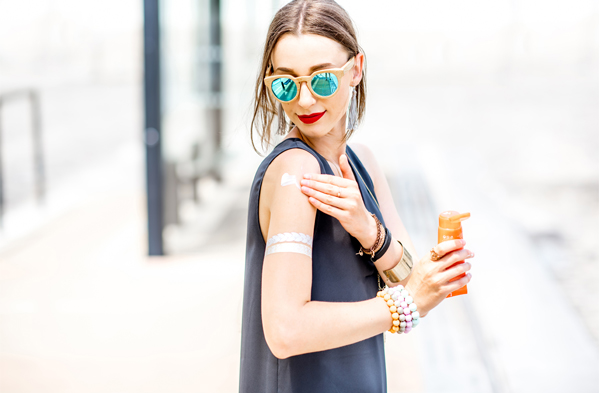 Each type of suncream has its pros and cons but what’s so controversial are the ingredients that they utilise. Starting with chemical suncreams, it’s impossible to read anything about them without first encountering oxybenzone.

What exactly is oxybenzone you ask? It’s a chemical filter that’s capable of absorbing the sun’s rays and, while no official report has dubbed the ingredient ‘unsafe’ there is some evidence that it may upset your hormones and irritate your skin which has caused the EWG (Environmental Working Group) in particular to decry the chemical as endocrine disruptor.1

However, most of the evidence in favour of this view was taken from a study conducted in 2001 which involved exposing rats to a high dose of oxybenzone.2 While the rats did experience some hormonal changes it’s important to be aware that the dose of oxybenzone was very high – higher than what humans are exposed to. Not to mention the results found in animal studies are not always a reflection of how humans will interact with a substance.

Recently though, critics began voicing another complaint which is a verified fact – chemical suncreams are not ideal for the environment, particularly our oceans. As suncreams are often applied at the beach, right before you go for a swim,  it’s inevitable that they end up in the oceans and coral reefs. Studies have found that oxybenzone can cause coral bleaching, damaging coral reefs and the marine life that inhabits them.3 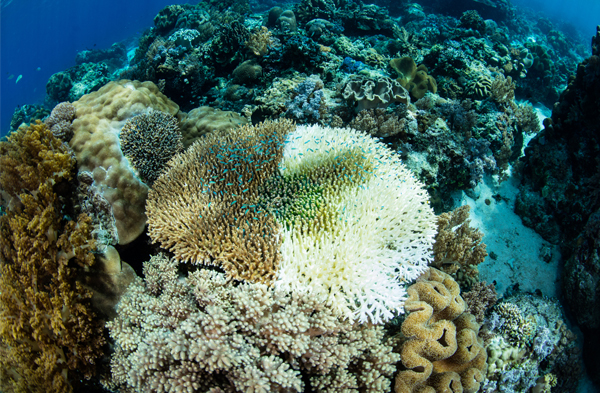 Are mineral suncreams any better?

Mineral suncreams are thought to be healthier and safer than their chemical counterparts, causing less agitation for those with sensitive skin and on the whole, working much more swiftly. Most mineral suncreams are prepared using ingredients approved by the EWG, such as titanium peroxide and zinc oxide, which are not as abrasive as oxybenzone and can help to ease inflammation.

Nevertheless, even these ingredients can upset aquatic life and the marine environment which is unfortunate as mineral suncreams generally need to be re-applied more than chemical suncreams.

Are suncreams lowering your intake of vitamin D?

Stepping away from potential endocrine disruptors and environmental concerns, one real issue that has surfaced is whether or not suncream can affect how you synthesise vitamin D.

Initially, research appeared to favour the idea that sunscreen would not affect your ability to synthesise vitamin D, with studies in Australia finding that participants who had been given sunscreen displayed higher vitamin D levels than those on the placebo cream.4

Even though high SPF suncreams such as SPF50 may be able to block out almost 98% of UVB radiation, that 2% hitting your skin is still enough to top up your vitamin D levels.5  Rather, it was thought that other methods of sun protection were to blame.

However, new research is now saying differently. Published in the Journal of the American Osteopathic Association, sunscreens with an SPF of 15 or higher were capable of reducing your production of vitamin D3 by up to 99%!6 Hardly ideal if you live somewhere like the UK, where rare sunny days offer a great opportunity to soak up some vitamin D and avoid a deficiency.

What is the solution?

You could be forgiven for feeling as though you can’t do right without doing wrong when it comes to suncream. On one hand, suncream protects your skin from UV radiation, free-radical damage and even skin cancer but on the other, it can cause irritation, limit your intake of vitamin D and potentially damage the environment.

So what is the solution?

Well, obviously the last thing I would advise is that you face the sun without any form of protection, especially if you suffer from a skin condition such as eczema or rosacea. Your safety must always come first which means that you will have to turn to suncream at some point during the summer months.

Since chemical suncreams are known to be harsher on sensitive skin (as well as the other possible health problems), I would opt for a more natural product that contains fewer abrasive ingredients and instead opts for nourishing plant-based extracts.

Where to buy Neem Cream locally

Then look no further than Neem Cream.

To find local independent stores in your area that sell Neem Cream, simply type your postcode below.

Diet & lifestyle
An introduction to diet and lifestyle5 drinks you should avoid for clearer skinAre fermented foods the secret to glowing skin?Can vitamin D deficiency affect your skin?Vitamins for our skinIs your diet making your skin itchy?How do you detox your skin?The bitter truth about sugar and your skin

Explore more skin topics
10 tips for a winning smile10 ways to avoid bad winter hair daysAre you suffering from wine faceWhy does my skin flare up at nightWhy are my nails softCan stress cause spotsWhat foods cause spots10 ways to keep your nails in tip top condition9 ways to rejuvenate tired skin6 fantastic ways exercise benefits your skin6 homemade beauty tips for dull skinCould stress be fuelling your skin condition?Does stress make you look older?How can I care for my skin in winter?How can I keep my skin hydrated in summer?How can you protect your skin during the hayfever season?How do allergies affect your skin?How do you keep your skin healthy when travelling?How do your sex hormones affect your skin?How does face mapping workHow safe is your suncream?How to exercise if you suffer from a skin condition!How to get into a rhythm with your skinIs beauty sleep real?Is sweating good for your skin? Is your liver the most important organ for your skin?Natural ways to minimise wrinkles around your mouthReduce wrinkles around your eyesShow off your summer skinThe amazing skincare benefits of comfrey revealedThe gut-skin connectionThe real reason you get problem skinWhat could be causing your skin irritation?What secrets are your skincare products hiding?What does your immune system do for your skin?Why the sudden itch?Why is your circulatory system so important for your skin?

Why is skin so important?

The skin is the largest organ, and it covers and protects the entire body. Without skin, people's ...
Read more >

How many layers of skin do you have?

The skin is made up of three layers, each with its own important parts. 1. The  top layer of the ...
Read more >

In some circumstances you can calm your eczema symptoms by making small amendments to your diet?