Can alcohol cause PMS?

As I’ve discussed in previous blogs, diet can have a huge part to play in PMS symptoms with foods such as nuts, wholegrains and beans proving highly beneficial. However, what about drinks and, more specifically, alcohol? To answer that question, today I look at the impact of alcohol on PMS symptoms like fatigue and low mood. 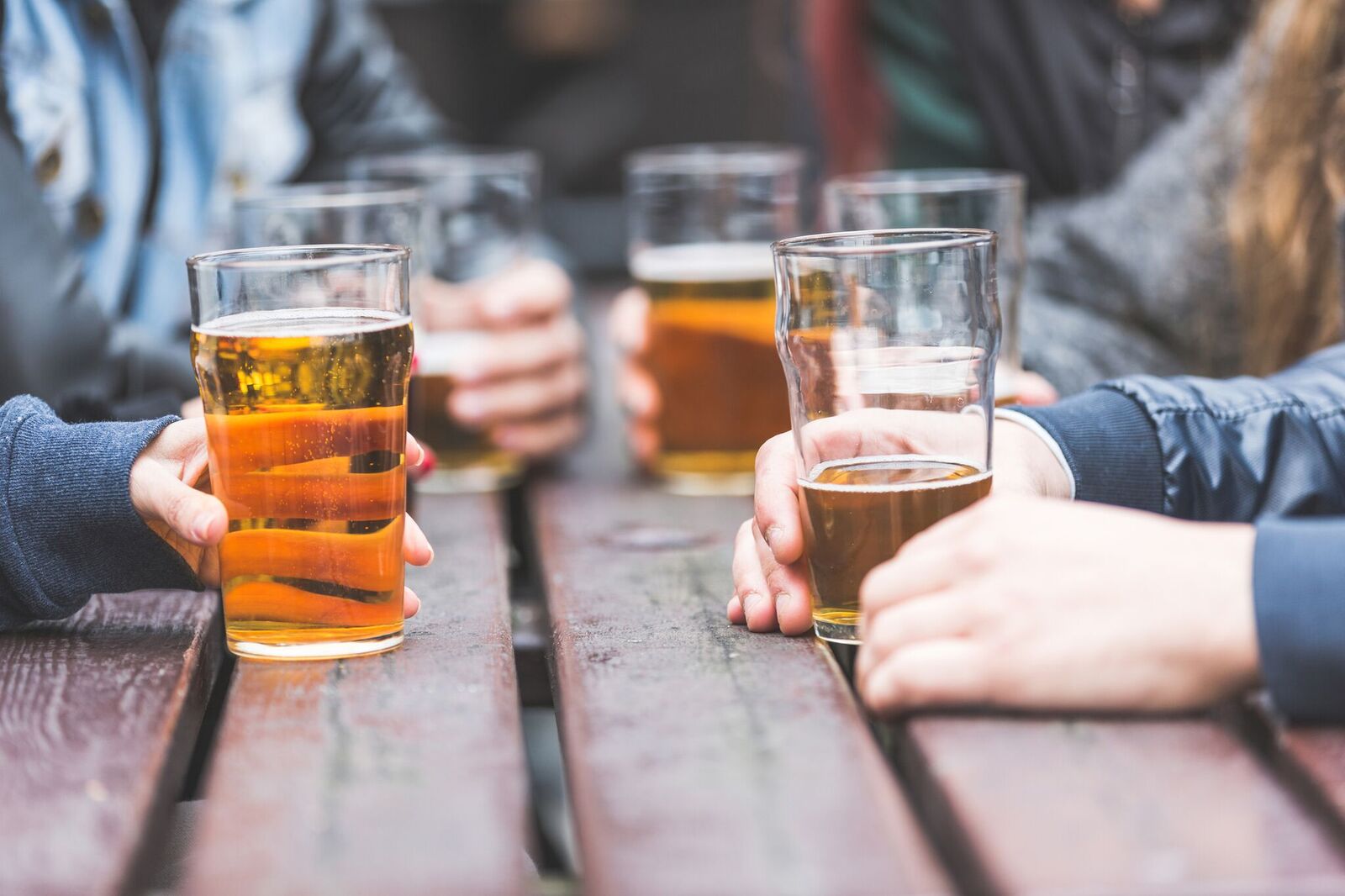 Whether it’s a glass of wine to celebrate the end of the working week or an evening of drinks with friends, most of us like a little alcohol from time to time. However, if you suffer from PMS symptoms like mood swings, irritability, insomnia and depression, alcohol can make things worse.

Studies have shown that sleep for example, tends to be more interrupted after drinking, with an increase in the amount of time it takes to get to sleep and more restlessness as well. Therefore, as insomnia is often problematic for PMS sufferers, alcohol can make this issue worse.1

So, from all of this it is reasonable to conclude that PMS may be aggravated by alcohol. This cycle is often exasperated further if people resort to alcohol in order to ease PMS symptoms like fatigue and low mood.

For more information on periods and alcohol have a look at my blog ‘Boozy periods: what are the effects?’.

Not only is there evidence to suggest that alcohol could make PMS symptoms worse, a recent study by the University of Santiago de Compostela in Spain found that there was a link between alcohol consumption and the onset of PMS as well.3

To find out what impact, if any, drinking had on PMS symptoms, the study analysed the findings of 19 previous studies on the issue. This data included 47,000 women in 8 countries.

The results showed that 11% of PMS cases worldwide could be associated with alcohol. This was based around the fact that around 30% of women worldwide drink alcohol, with about 6% of these being heavy drinkers.4

The figures are slightly higher in Europe and the US where drinking rates for women are between 50% and 60%, with the number of heavy drinkers at 12%. The overall conclusion from this is that 1 in 5 PMS cases in these areas could be linked to drinking.5

These results suggest that alcohol slightly increases your chances of suffering from PMS, with heavy drinking bringing a higher risk than not drinking at all. Nevertheless, more studies need to be undertaken on the topic to gain further information. It would be beneficial to determine whether there is a certain amount of alcohol you can drink for example, whereby it will have no damaging effect on PMS.

Also, this study only concludes that there is an association between PMS and alcohol, it does not gain any information on whether or not alcohol could cause PMS.

So, why does alcohol affect PMS rates and severity? 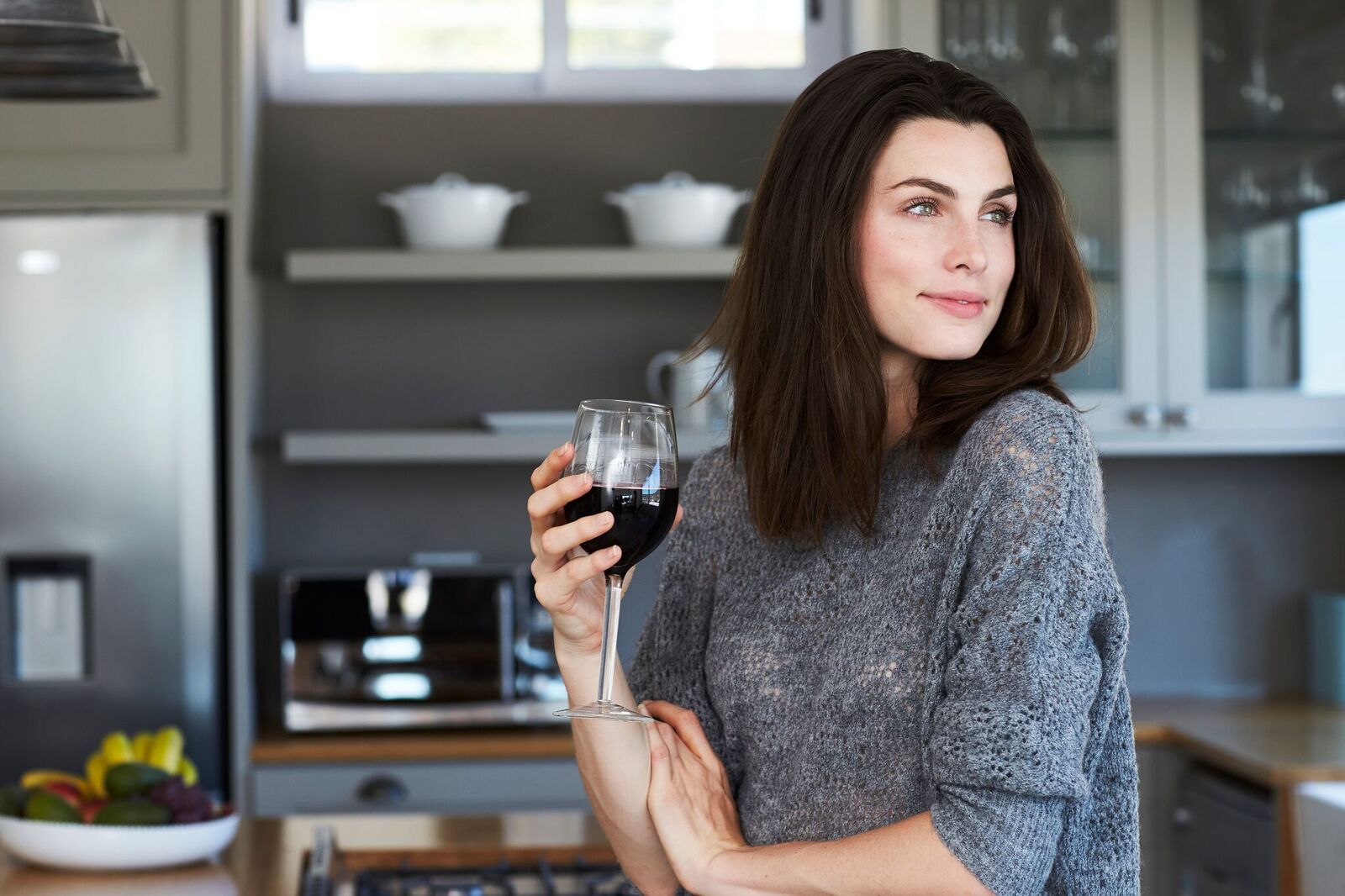 According to those behind the study, alcohol changes the balance of steroid sex hormones which are said to be contributing factors in the onset of PMS. Also, these researchers believe that alcohol might affect certain brain neurochemicals such as serotonin that recent studies have suggested have a part to play in the onset of PMS symptoms. Seratonin is responsible for sleep cycles and it has been suggested that women with PMS have lower levels of it.6

Although there is some research into alcohol and PMS, there isn’t yet enough evidence to draw firm conclusions on the links between the two. Therefore, don’t pour your wine down the sink straight away!

I’d recommend you keep track of your symptoms in a PMS Diary and, if you can see a link between alcohol and your symptoms, then at this point it may be beneficial to cut down your intake. This won’t change whether or not you get PMS in the first place but by understanding your symptoms, you’ll gain some control over them.

As well as keeping a PMS diary, you may find it helpful to try a herbal remedy such as Agnus castus. This is used to treat a variety of PMS symptoms including menstrual cramps, breast tenderness, bloating, irritability and mood swings.

For more information on how to deal with PMS, have a look at our PMS treatment page.

What should PMS sufferers be drinking? 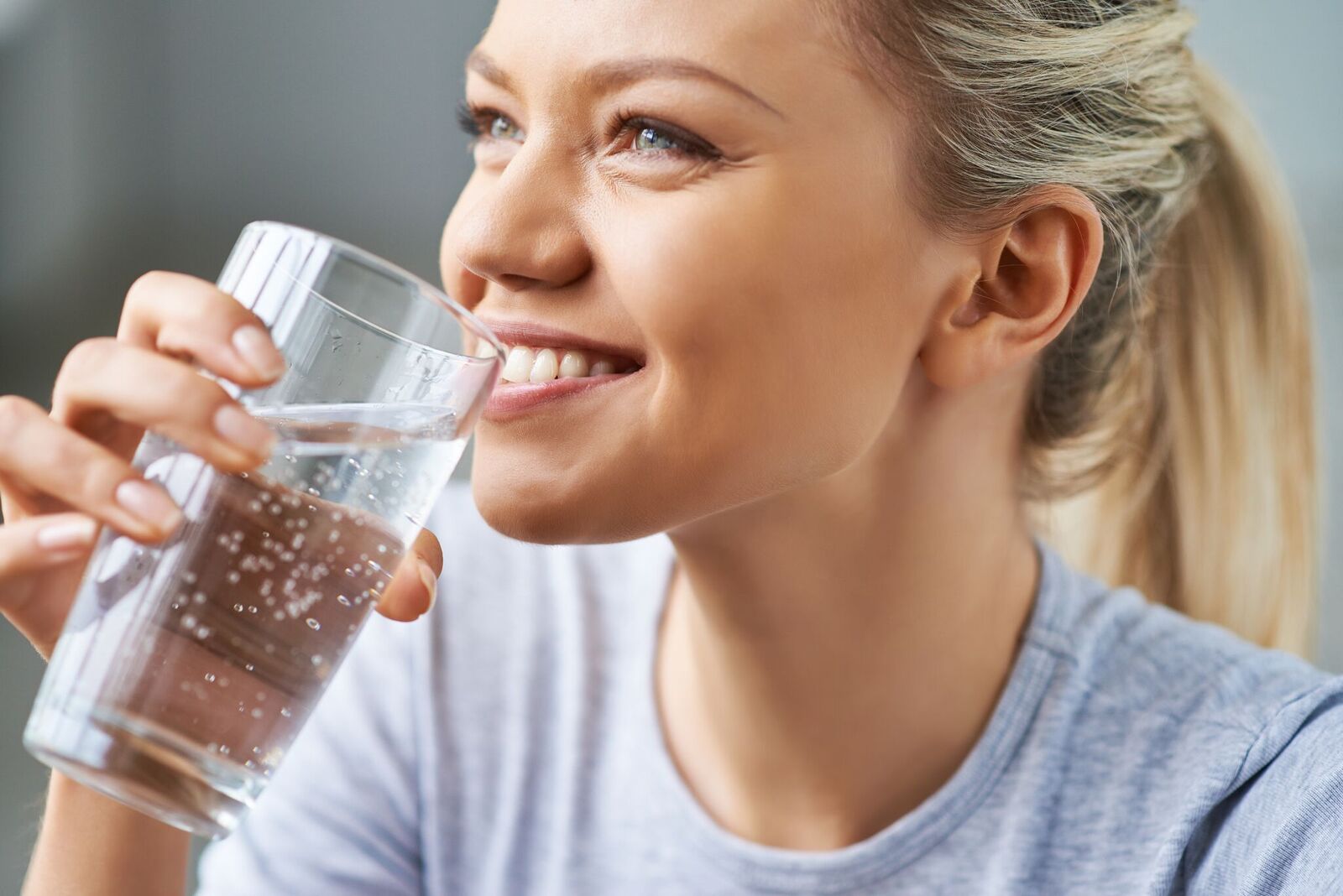 The studies I’ve so far discussed suggest limiting your alcohol consumption in order to improve PMS symptoms or to prevent the onset of symptoms in the first place. However, if you’re wondering what you can drink to help PMS symptoms, here are a few suggestions.

Treatment
An introduction to PMS treatmentRemediesDietLifestyle

What is PMS?Take the PMS quiz

Explore more from our PMS advisor Emma Thornton
9 essential oils for PMS symptomsDoes winter make PMS worse?Is it normal to still have PMS whilst on the pill?PMS or PMDD - how to know the differencePMS and hayfever - are the two connected?Could going meat-free help symptoms of PMS?5 foods to avoid during your period9 side effects of the birth control pill and how to overcome themDon't cave to the PMS crave!Which PMS type are you?Is PMS leaving you feeling down in the dumps?Agnus castus - the female herb explainedCan alcohol cause PMS?Get back your stolen weekPMS as a predictor of menopause symptomsGetting the better of PMSIs PMS putting you at risk of anaemia?PMS vs pregnancy symptomsPMS through the ages: what to expect and how to prepareHow many days will my PMS symptoms last?How to beat monthly fatigueWhen not to use Agnus castus

PMS is a combination of any of around 150 recognised symptoms experienced in the run up to a ...
Read more >

What can I do to minimise PMS?

The good news is that almost anything you do to improve your diet, lifestyle or general health will ...
Read more >

I am experiencing period pains but nothing else. Could I be pregnant?

If your period is late then the best thing to do would be to take a pregnancy test. However, stress ...
Read more >

As the A.Vogel Women's Health advisor, I recommend Agnus castus to help relieve symptoms such as menstrual cramps, breast tenderness and irritability.

Did you know period pain occurs when the muscles in your uterus contract
and they can contract strongly enough to deliver a baby! Ouch!