Is a cup of coffee the answer to less stress?

Most of us consume caffeine for that morning perk or afternoon boost and yes most of us are aware of the negative effect it can have on our mood such as increased anxiety and irritability. But did you know that coffee could actually have a beneficial effect on stress? Read my blog below to find out more!

How does caffeine work?

Caffeine works by stimulating the central nervous system and tricking the brain into releasing more dopamine and serotonin.1 Caffeine also stimulates the release of adrenaline and norepinephrine which are involved in our body’s fight or flight response. This can cause caffeine consumers to experience irritability, agitation and anxiety. Your genes play a large part on how you are affected by caffeine – no two coffee drinkers are alike. 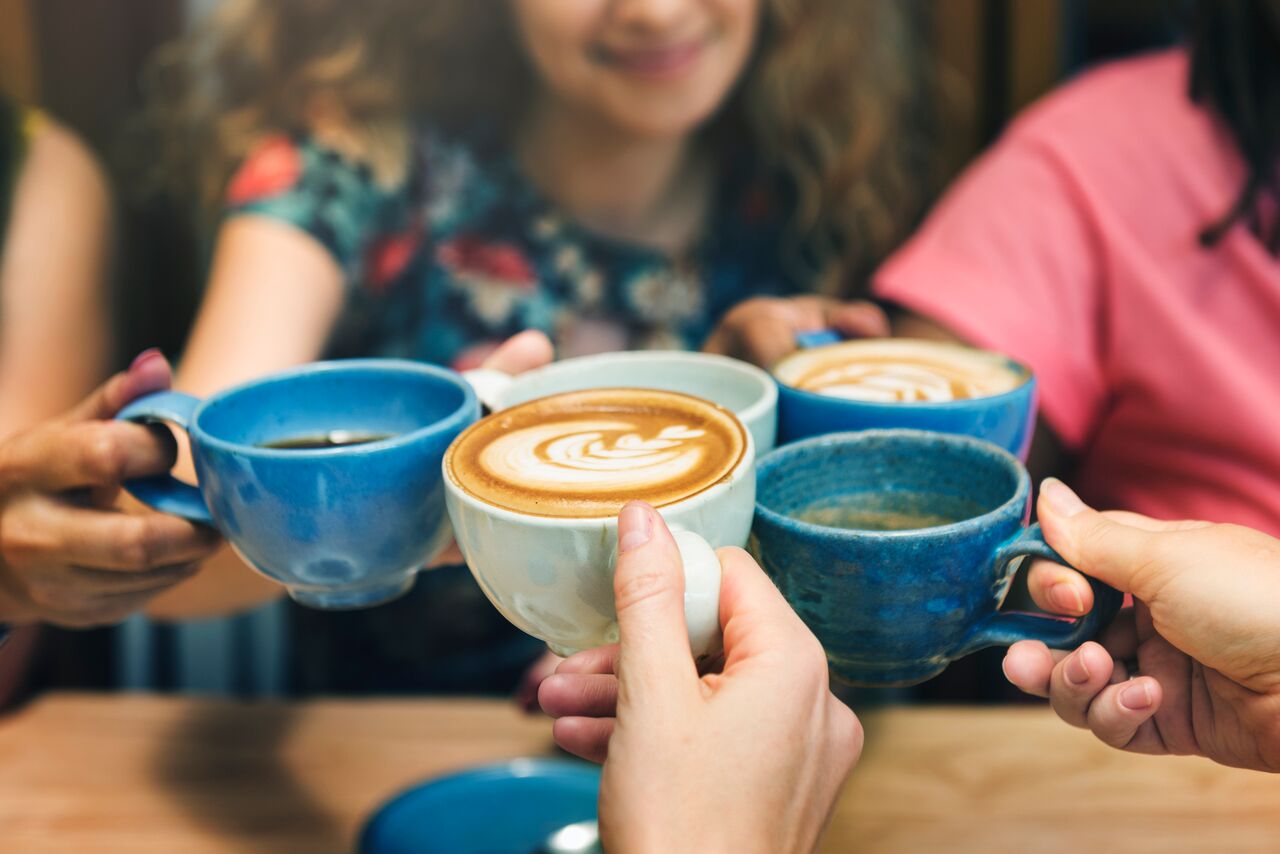 Coffee may not be the first thing that you think of when it comes to reducing stress. In fact, having a caffeine buzz is usually the last thing we intend when we want to relax! However, some studies have now identified that drinking coffee can potentially reduce emotional and physical stress. Coffee’s effect on brain chemistry not only keeps us alert but it can also affect neurotransmitters in the brain to help you fight off symptoms of stress.

Caffeine is also thought to have a positive effect on depression, with one experiment suggesting that caffeine can prevent brain receptors from responding to stressful situations.

They found that while caffeine usually blocks adenosine receptors from activating sleep processes, it also prevents receptors from reacting to and causing a stress response such as a bad mood, memory problems, and the likelihood of depression.2This means that stress responses don’t occur as easily as they would if caffeine wasn’t consumed.

What’s more caffeine is also thought to be potentially useful in helping to combat depression long-term. One study found that women who consumed caffeinated coffee were less likely to become depressed than women who weren’t.3

According to BBC’s Trust Me I’m a Doctor coffee is very rich in a compound called polyphenols which can actually help to decrease blood pressure, reduce the risk of heart attack or stroke, and increase blood supply to the brain, possibly offering some protection against dementia.5

However that being said while there are these benefits to drinking coffee, too much can have detrimental effects on our health. 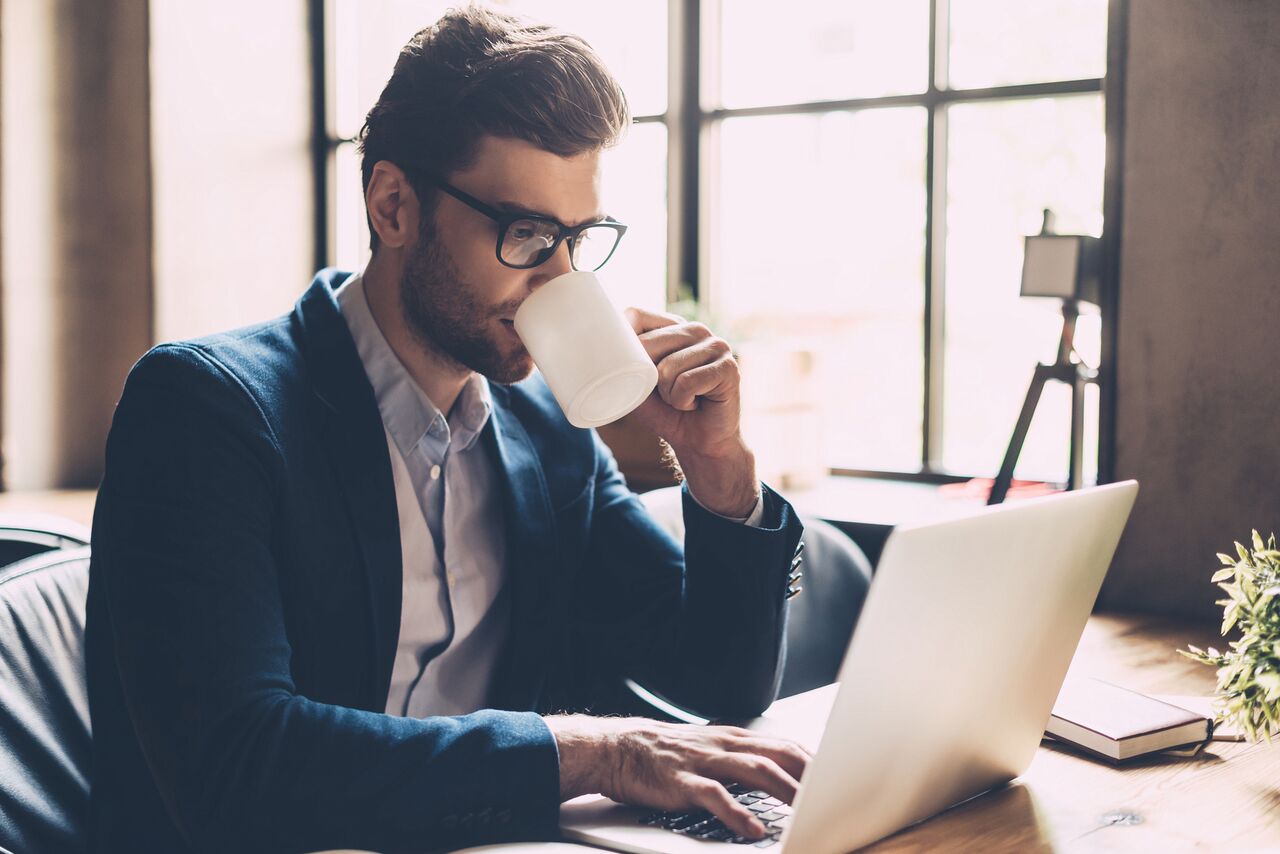 Caffeine buzz giving you the jitters?

Drinking excess amounts of it can cause digestive discomfort, diarrhoea, indigestion and heartburn. As I’m sure many of you already know, coffee is quite addictive so drinking large amounts continuously can make it difficult for your body to rely on its natural sources of energy.

It also increases urinary excretion of important minerals including calcium, magnesium and potassium which are not only important for your physical health, but also play a big part in regulating our mental health.

Too much caffeine also binds to the adenosine receptors in our brain stopping the sleep signals from getting through which is why caffeine helps us to stay awake. What’s more, caffeine also directly stimulates the nervous system and increases our adrenaline levels which can, in turn, cause an irregular heart beat and higher blood pressure. This overstimulation can cause agitation and problems with those who already have high blood pressure.

So what’s the verdict cup of Joe or how about no?

Like anything in our diet and lifestyle it’s all about moderation. Choosing not to drink coffee won’t have negative consequences on our health but, unfortunately, drinking too much might. So if you do decide to drink coffee make sure that you don’t over-indulge, ideally we should aim to drink no more than 400 mg of caffeinated coffee a day, that roughly amounts to the amount brewed in 4 coffees.

If you’re used to drinking more coffee than that a day I would suggest switching out a few of your caffeinated brews for some caffeine free alternatives. Herbal tea is a good option and comes in many different blends that have a variety of health benefits including supporting digestion, relaxation and detoxification.

If you’re looking for a refreshing, detox I’d recommend our Golden Rod and Knotgrass herbal tea blend. Containing Golden Rod (Solidago), birch leaves, knotgrass, horsetail and wild pansy this is the perfect tea to help support and cleanse the system from the inside. 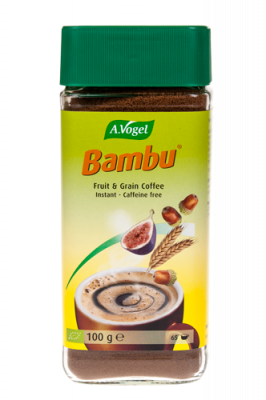 If you’re more of a coffee drinker I’d suggest Bambu which is a natural coffee alternative made from 100% natural, organically grown ingredients. Bambu is completely free from caffeine which means that it is non-addictive and can be drunk at any time of the day. What’s more it contains chicory which has a positive influence on the digestive process whereas caffeinated coffee can cause digestive upset. Bambu can be enjoyed alone as a hot drink or, why not check out our Bambu muffin or Bambu latte recipes?

Looking for help easing symptoms of mild stress and anxiety?

“We always have this item in the house it is very good to have it about for the odd stress related happening.” Garry, Penrith

To find local independent stores in your area that sell AvenaCalm - Avena sativa tincture, simply type your postcode below.

6 Days to Boost Your Mood

We all know how to look after our physical health, but when it comes to looking after our mental health it can be difficult to know where to begin.

Luckily, my free 6 days to boost your mood plan starts next Monday. Each day you’ll receive an email with different mood-boosting tips – from diet and lifestyle to music and meditation.

Simply enter your details below to reserve your space and receive your mood-boosting emails.

Causes
What are your stress triggers?

Coping with stress
10 ways to cope during stressful timesAn introduction to coping with stressDe-stressing your life from top to bottomBreathe and count to 10Coping better with stressYour top 10 stress busting tipsHow to manage mobile madnessBest tips for a less stressful 20167 simple steps to help you beat seasonal stressBreathing tips to relieve stressHow to be more optimisticIs a cup of coffee the answer to less stress?

Explore more from our stress advisor Marianna Kilburn
12 foods to fight stressEmotional Sign of Stress7 suggestions for changing stressful eating habitsEase the seasonal stress cycle with 12 simples questionsAvoid travel stress - 10 healthy habits of happy holiday-makersIs fatigue a sign of stress?The dos and don&#39;ts of work-related stressKeep your children cool as they head back to schoolWedding stress advice from my friendsCuddle your cat or dote on your dog - Why our furry friends are so good for our feelingsA gift to yourselfWhat nutrients are depleted by stress?

What is the difference between low mood and depression?

I am stressed. Will it be like this for the rest of my life now?

Stress has many causes and how long it tends to last depends on what's causing it and how we deal ...
Read more >

What are the causes of a panic attack?

A panic attack is generally triggered by heightened anxiety, usually through an anxiety provoking ...
Read more >

As the A. Vogel Mood advisor, I recommend Stress Relief Daytime Drops to help relieve symptoms of stress and anxiety.

Stress can have a negative impact on your digestive system causing you to experience digestive problems such as wind, bloating, nausea, acid reflux, diarrhoea and constipation!

How to stop stress affecting your digestion