Do IBS symptoms differ for men?

IBS affects roughly one in six people in the UK, with men and women of all ages suffering from the condition. The symptoms here are wide-ranging and can vary from person to person depending on things like diet and lifestyle. However, do IBS symptoms manifest themselves differently depending on your gender? Today I look at this question in detail to help you understand the condition a little better.

Do more women have IBS than men?

The answer to this question is a little complicated as some studies suggest that yes, more women than men do have IBS. One particular study, which has been widely reported on, examined 372 men and women below fifty years of age and found that IBS was more common amongst women.1 This could be to do with the hormonal differences between men and women and the changes to patterns of hormones that occur during the menopause and menstruation. 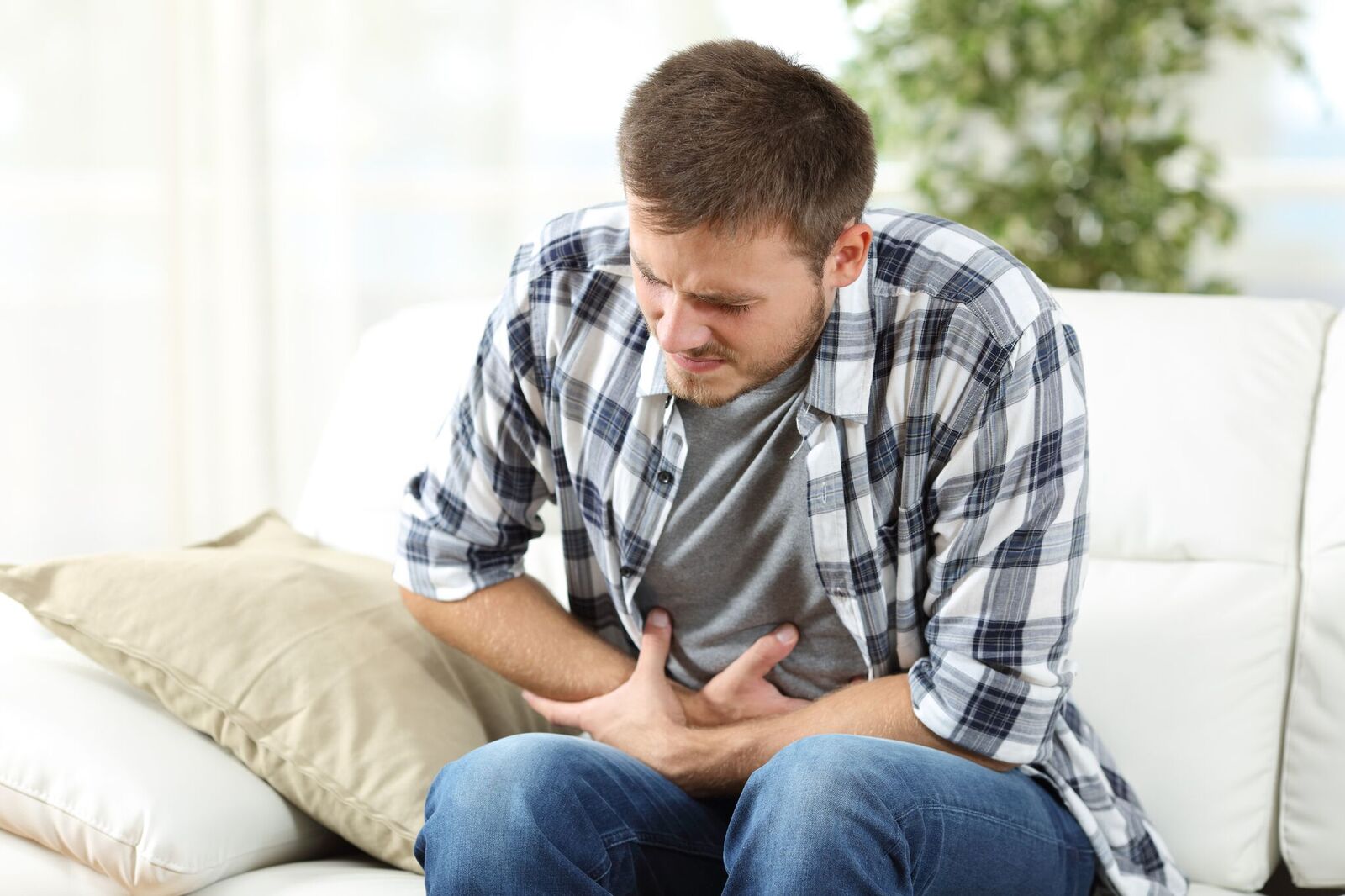 Nevertheless, some experts would argue the opposite – that IBS is not more prevalent amongst women than men. Here the argument is that women are more likely to talk about their health issues and to seek medical assistance. Therefore, more IBS cases are recorded for women whilst the data on men with the condition is lacking.

Also, previously the diagnostic process for IBS was less effective for men than it was for women. Abdominal distension (a build-up of fluid or gas in the abdomen which causes bloating or swelling) is more common amongst women but for many years this was one of the main symptoms used to determine whether a person had IBS or not. Although the process for diagnosing IBS has now changed, in the past this meant that many men would have been told they did not have the condition when it’s possible they did.

This approach to determining whether or not a person had IBS was also used in many clinical studies meaning men are often misrepresented here.

What’s more, this conclusion that IBS tends to affect women more than men means that there has been less work into men with IBS so, as I said, it’s complicated!

As I’ve discussed in many of my previous blogs, some of the most common IBS symptoms include stomach cramps, constipation, diarrhoea, bloating and flatulence. Also, occasionally people will experience lethargy, sickness, backache, bladder problems, pain during sex and incontinence. There’s also the possibility for feelings like anxiety and low mood to emerge as well.

However, there are no differences between the intestinal structure of a man and that of a woman and so these symptoms are not confined to any one gender. Instead any differences in symptoms are the result of how people respond to treatment, as well as how symptoms manifest themselves in the individual in the first place.

This means that symptoms vary between different women as well as between men and women so the issue has less to do with gender and more to do with the individual.

Still, despite the similarities in our digestive systems, major differences elsewhere in our bodies could cause some variation in the severity of IBS symptoms in men and women. Hormonal differences for example, could cause women’s symptoms to become more intense than men’s.

Many women complain that their IBS symptoms get more severe before and during their period. This could be to do with hormones like oestrogen which, when released during the menstruation cycle, could increase the sensitivity of the gut. This, in turn, sometimes worsens IBS symptoms like bloating, mood swings and pain.

Although IBS symptoms for men and women are mostly the same, women can also experience PMS, fatigue and painful menstruation.

Also, one study found that diarrhoea-type symptoms were more common amongst male IBS sufferers. However, this conclusion must be approached with a little bit of caution as more research into the issue is needed.2 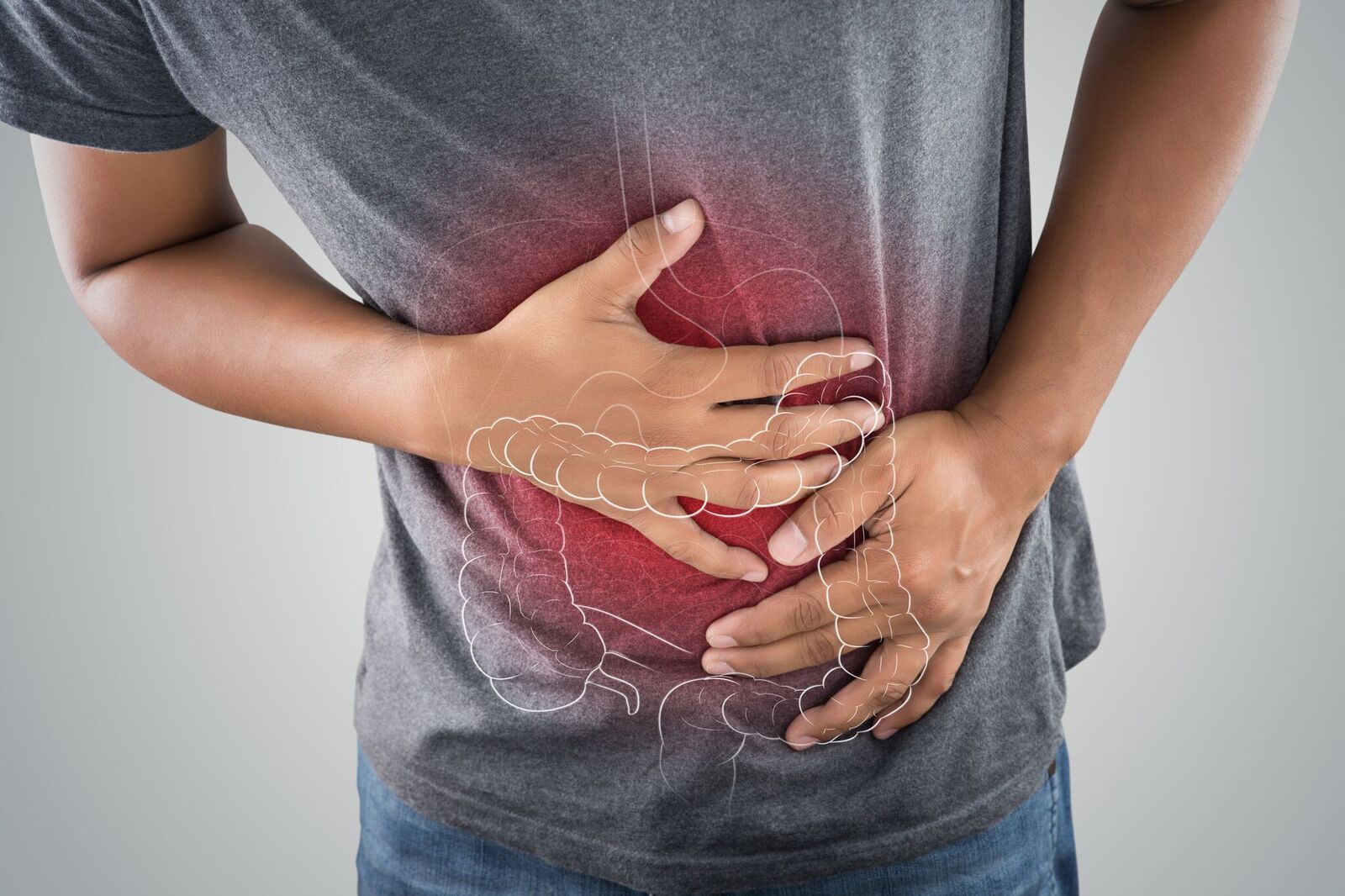 The IBS treatments available are the same for both men and women and involve things like changes to diet and lifestyle, as well as conventional medications. However, you could also use soothing herbal remedies to help manage your symptoms as well.

Explore more IBS articles from Digestion Expert, Ali Cullen
7 simple tips to manage IBS during the festive season4 surprising ways IBS can affect your skinCan IBS weaken your immune system?Can IBS be made worse by allergies?Why does my period make IBS worse?4 simple stretches to ease symptoms of IBSWhy is my IBS worse when I am stressed?Can you suddenly get IBS?How do I know if I have IBS?7 simple eating habits to help ease IBSIBS dos and don'ts: part twoIBS dos and don'ts: part oneYour IBS survival kit7-common-ibs-questions11 IBS mythsDo IBS symptoms differ for men?Travel tips for IBS sufferersDrinks to help IBSIrritable Bowel Syndrome or Inflammatory Bowel Disease?Is it IBS or something else?Probiotics for IBSSynbiotics for IBSCan vitamin D help manage the symptoms of IBS?IBS? Can exercise help?

Are there herbal remedies to help IBS?

Yes, but it depends what your symptoms are as to what remedy would best suit you.  The herb ...
Read more >

What can I eat to help avoid IBS?

It’s often not what you eat but how you eat it that is the issue. Eating on the run or when ...
Read more >

Wondering if you have IBS?

Take our simple, 9 question test to find out.

As the A.Vogel Digestion advisor, I recommend Silicol® Gel and Molkosan® Original, to help with your IBS symptoms.

How you eat rather than what you eat can also trigger your IBS. From not chewing your food enough to even how you sit while you eat can all impact affect your IBS!