Circling the web for information on IBS can be a little overwhelming and, at times, confusing. You may wonder how reliable these online sources are and whether or not what they say applies to you. To help clear up some of the confusion, and to help you understand IBS better, I’ve had a look at a few common myths surrounding the condition.

1 - Stress and anxiety don’t cause IBS

Much to the frustration of IBS sufferers all over the world, there is no single thing that can be defined as its cause. Instead the condition usually comes about as a result of a range of factors including problems with the digestive system, gut sensitivity or when there is an adverse reaction to certain foods. However, psychological factors such as stress and anxiety can also contribute to the development of the condition too.

These things can make you more sensitive to stress and pain and so in this way they contribute to IBS symptoms. Also, a sudden or prolonged experience of stress, including everything from a house move to financial worries, can cause IBS symptoms to develop immediately or later on in life too. Therefore, although IBS is not a psychiatric disorder, psychological factors do have a part to play in the condition. 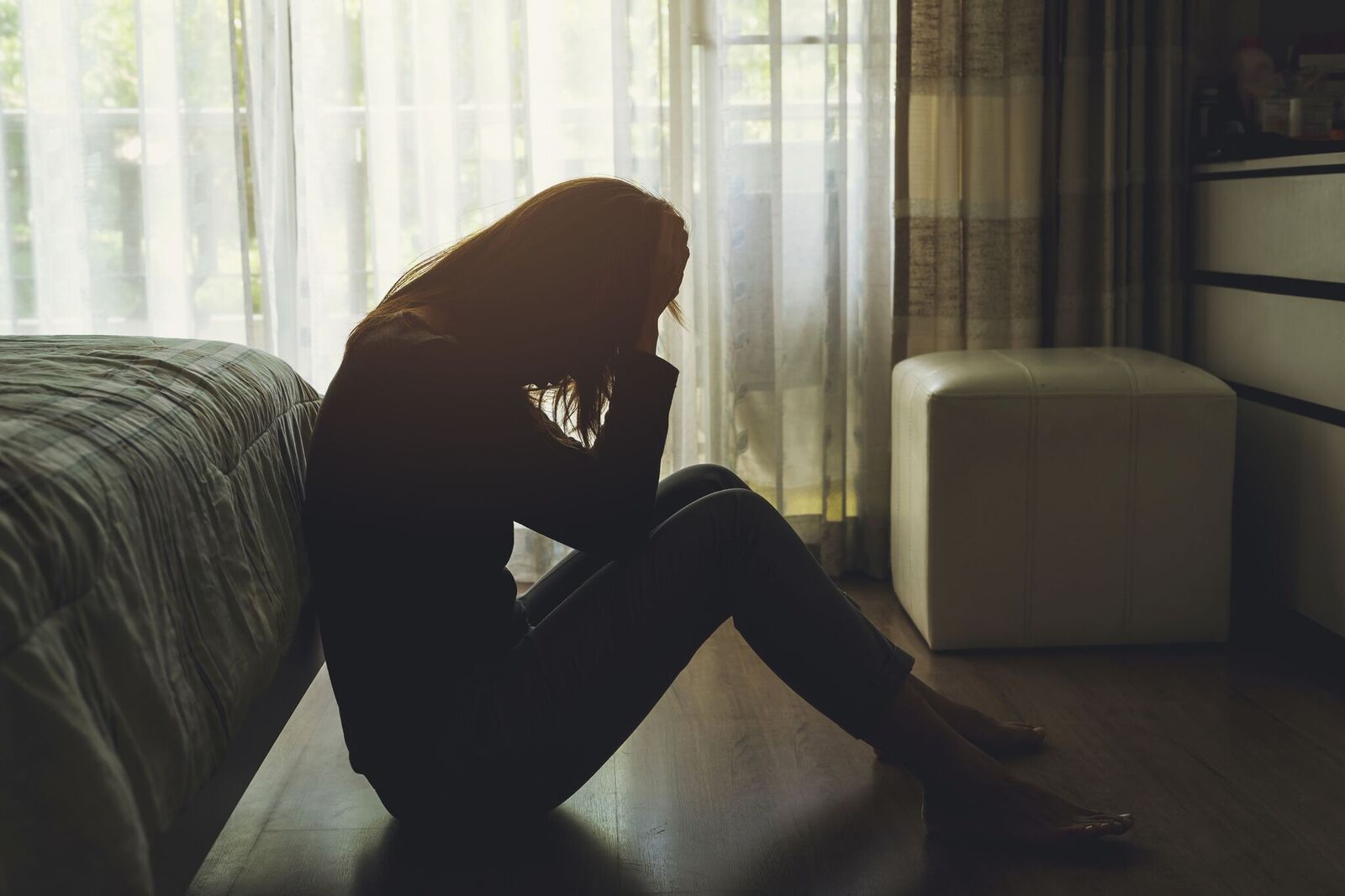 2 - IBS is the same for everyone

The symptoms of IBS  are extensive and wide-ranging and include physical problems like stomach cramps, diarrhoea, insomnia, constipation, bloating and flatulence, as well as physiological issues such as panic attacks and stress. Therefore, as there are so many possible symptoms of IBS, this means people experience it differently so it’s definitely not the same from one person to the next.

3 - Treatment is the same for everyone

As IBS differs from person to person, the methods of treating the condition vary too. Some of the most common ways of managing IBS include dietary changes, medications, herbal remedies  and stress management. However, although one of these options might work for one IBS sufferer, the same might not be the case for someone else and, in fact, there’s always the potential for it to make the problem worse instead.

4 - Only a dramatic change of diet will ease IBS symptoms

The fact that there is a plethora of information surrounding IBS, especially in regards to diet, can make it a bit of a challenge to understand what you should and should not be eating to help ease symptoms.

On forums, blogs and websites people declare which dietary-related IBS-busting tactics have helped them. However, just because something has worked for one individual doesn’t mean that it will work for others too. In fact, in some cases food has less of an impact on IBS symptoms than say, hormone levels or psychological factors such as stress.

Rather than giving your diet a massive overhaul, I’d recommend you begin a food diary. This will show up any links between what you have eaten and your IBS symptoms so that you can begin to slowly cut down on the problem foods.

For more information on this issue have a look at my blog  ‘What can I eat with IBS?’ 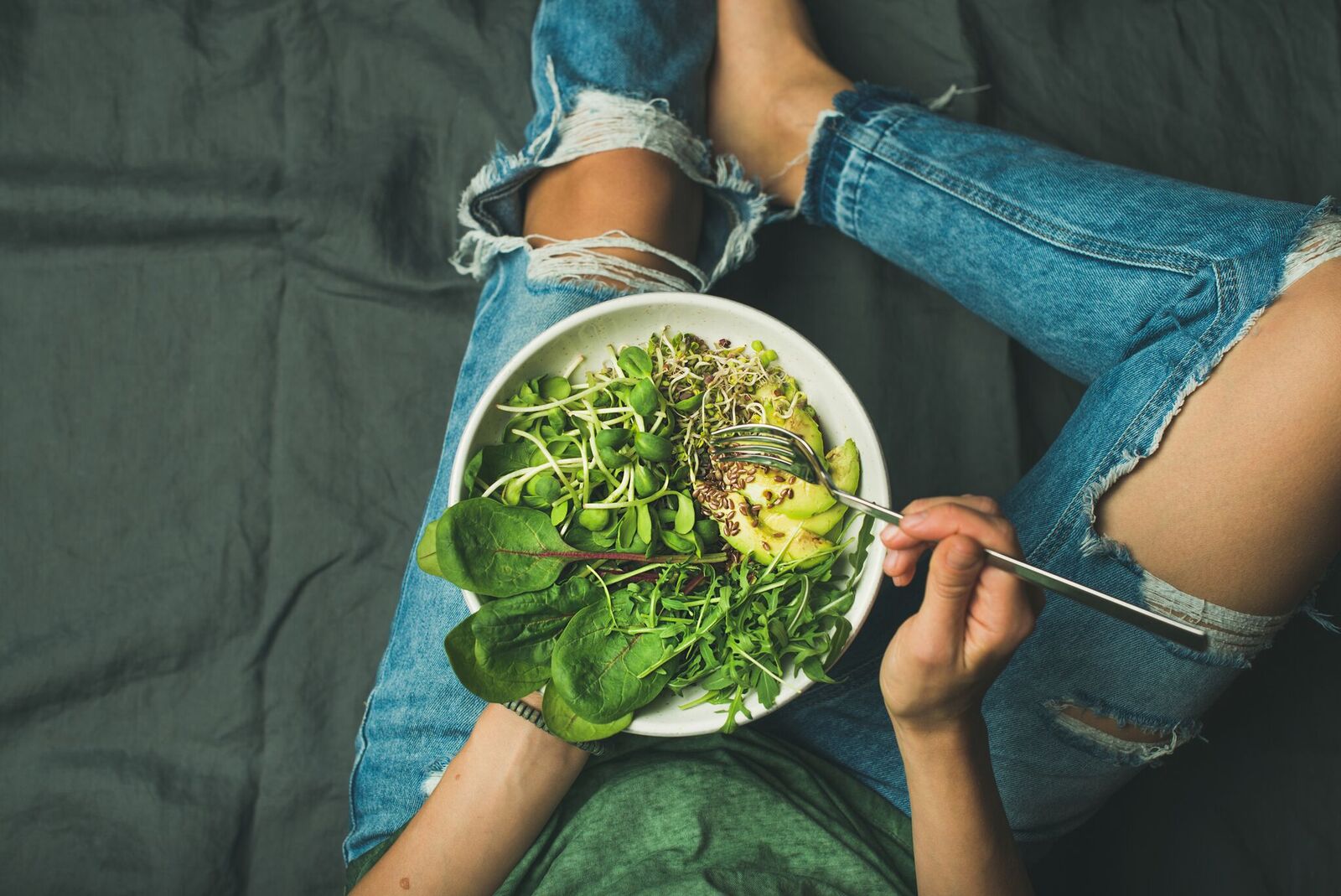 On the whole the discussion around IBS is often directed towards women but as I mentioned in ‘Do IBS symptoms differ for men?’, it is definitely possible for men to get IBS. There are however, some small differences in terms of the type of the IBS symptoms experienced by each gender with women experiencing painful menstruation, PMS and fatigue. Plus, although there is some debate about the issue, it is widely agreed that more women than men suffer from the condition.

Often people will put off visiting their doctor regarding their IBS symptoms for fear that they’ll have to undergo lots of tests. However, in actual fact IBS is usually diagnosed after a doctor has listened to a description of your symptoms and so it is quite a straightforward process. Tests are usually only arranged when the symptoms are more severe - a blood test may be necessary for example, if there is blood in your stools.

Gluten is a type of protein that is found in rye, wheat and barley. Today gluten intolerance, also known as celiac disease, is a fairly common occurrence and it can cause symptoms including stomach aches and diarrhoea.

There is occasionally a link between IBS and gluten intolerance with some studies even indicating that gluten sensitivity may be involved in the development of IBS symptoms. This means that going gluten free could help some people deal with their IBS symptoms.1

Nevertheless, as IBS differs between individuals, going gluten free will not help everyone. If it helps you then that’s great but if not then don’t worry, everyone experiences IBS differently so it may be that you need to turn to other ways of addressing the problem.

Also, it is a bit of a stretch to say that it will get rid of IBS completely! For many the condition comes and goes throughout their life and sometimes there is an evident cause for this, other times there is not. 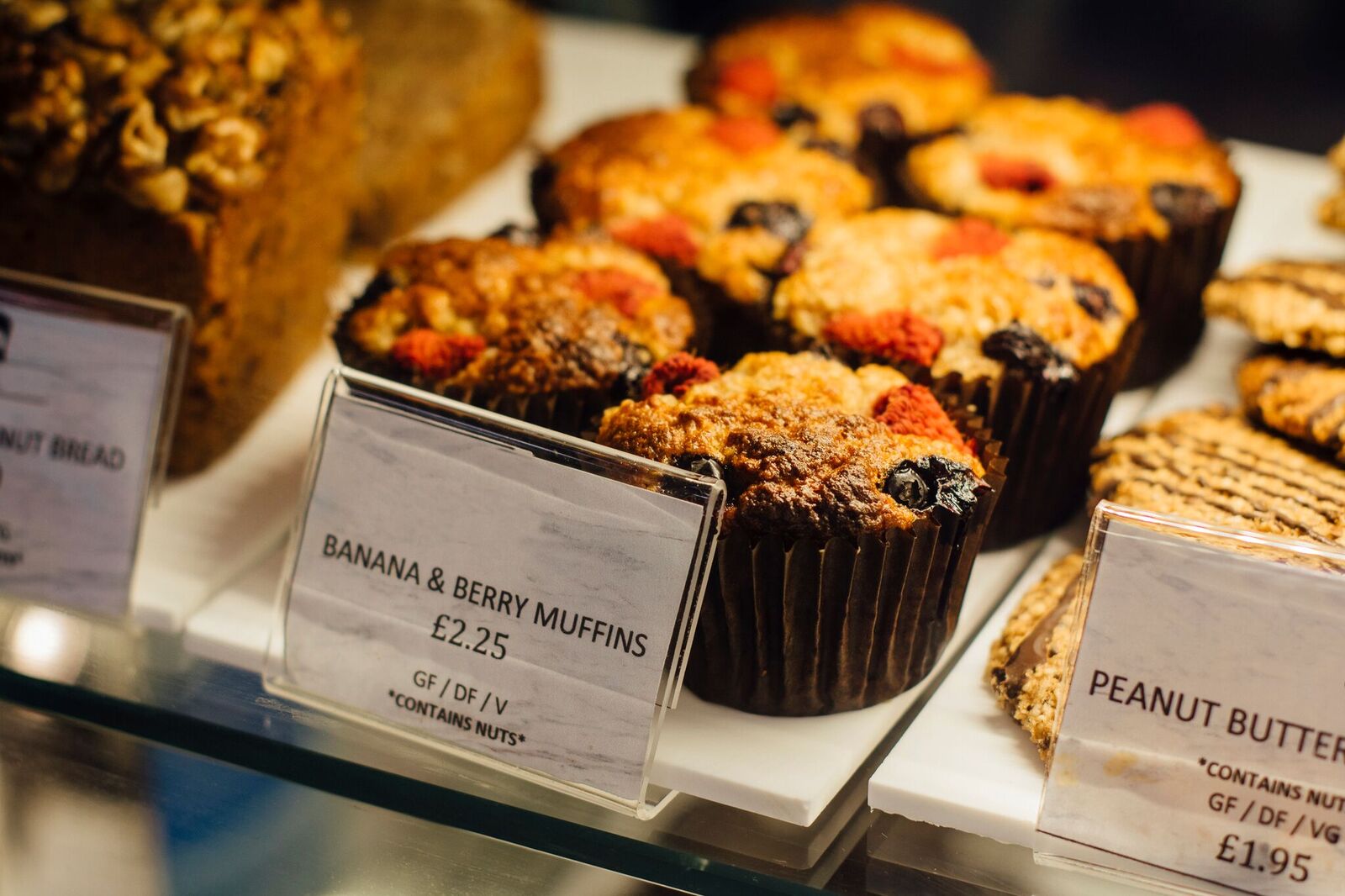 Whether or not yeast can cause IBS is another issue that has been given a lot of attention recently. Yeast, specifically one called candida, is a type of fungus that is found on the surface of the skin and the intestines. Usually the good bacteria in the body can keep levels of candida under control but sometimes this order is disrupted, perhaps by a weakened immune system or even by prolonged use of antibiotics. This can increase the amount of candida in the body which some say contributes to IBS.

However, at the moment there is not enough evidence to conclude that yeast increases the likelihood of developing IBS. As I mentioned earlier, in actual fact it is unclear what exactly causes IBS and so until further research is completed, we will not be able to say for sure that yeast can cause IBS.2

There has been some suggestion that IBS is linked to Inflammatory Bowel Disease (IBD). This condition is caused by inflammation in the intestine and can result in stomach pain, diarrhoea, weight loss and tiredness. This demonstrates that there are similarities between it and IBS but nevertheless, a diagnosis of IBS does not mean you will get IBD. To be able to make this conclusion, at the moment a little more research is still needed.

It is a slight exaggeration to suggest that fibre will cure IBS! Once again, the fact that IBS differs from person to person means that for some cutting this food group out of their diet will improve their IBS symptoms. For others though, the opposite is true as increasing fibre intake may actually improve things.

I discuss this a little more in my blog ‘Fibre and FODMAP’. 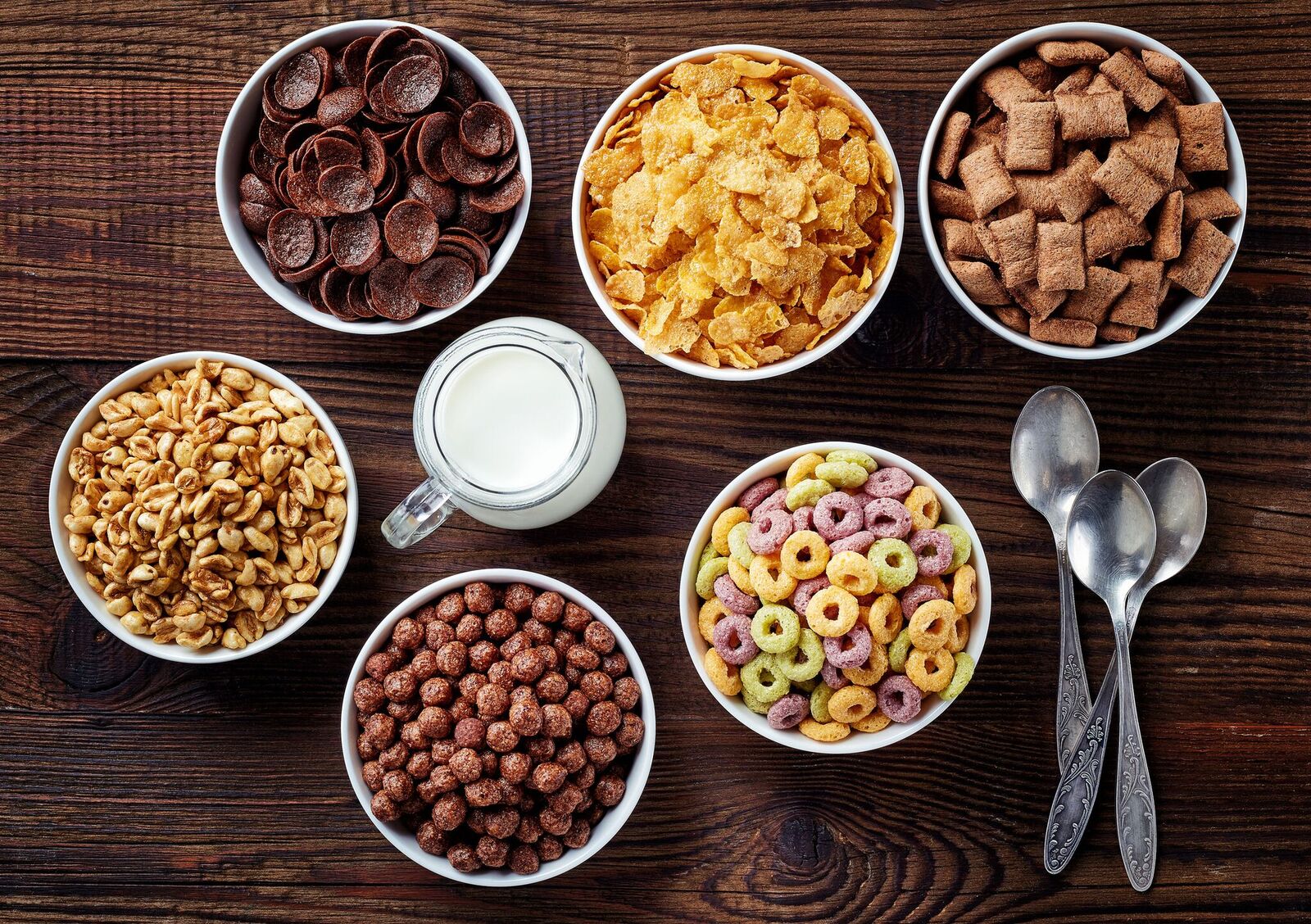 When you are caught up in the symptoms of IBS it’s easy to feel like you are facing the problem alone. However, in actual fact about two in ten people have IBS making it a fairly common condition – the figures may even be higher than this as people may have symptoms but have not been diagnosed.3 So, if you’re struggling with the condition, perhaps there is a little bit of comfort in knowing you are definitely not the only one.

If you are looking for ways to deal with your IBS, here at A.Vogel we have a number of herbal remedies that could help.

Tormentil is useful when diarrhoea is problematic as it helps to calm contractions in the gut which, in turn, returns movements back to normal.

Another good option is Silicol gel  as it contains colloidal solicic acid which acts as an adsorbent. This means it attracts and absorbs most irritants, toxins and pathogens and so it provides a protective coating over the lining of the stomach and intestines, soothing and calming the area. This can be especially helpful when IBS brings on symptoms of diarrhoea and stomach cramps.

Explore more IBS articles from Digestion Expert, Ali Cullen
7 simple tips to manage IBS during the festive season4 surprising ways IBS can affect your skinCan IBS weaken your immune system?Can IBS be made worse by allergies?Why does my period make IBS worse?4 simple stretches to ease symptoms of IBSWhy is my IBS worse when I am stressed?Can you suddenly get IBS?How do I know if I have IBS?7 simple eating habits to help ease IBSIBS dos and don'ts: part twoIBS dos and don'ts: part oneYour IBS survival kit7-common-ibs-questions11 IBS mythsDo IBS symptoms differ for men?Travel tips for IBS sufferersDrinks to help IBSIrritable Bowel Syndrome or Inflammatory Bowel Disease?Is it IBS or something else?Probiotics for IBSSynbiotics for IBSCan vitamin D help manage the symptoms of IBS?IBS? Can exercise help?

Are there herbal remedies to help IBS?

Yes, but it depends what your symptoms are as to what remedy would best suit you.  The herb ...
Read more >

What can I eat to help avoid IBS?

It’s often not what you eat but how you eat it that is the issue. Eating on the run or when ...
Read more >

Wondering if you have IBS?

Take our simple, 9 question test to find out.

As the A.Vogel Digestion advisor, I recommend Silicol® Gel and Molkosan® Original, to help with your IBS symptoms.

How you eat rather than what you eat can also trigger your IBS. From not chewing your food enough to even how you sit while you eat can all impact affect your IBS!