home > health > sleep > does sleep deprivation affect each of us differently

Does sleep deprivation affect each of us differently?

Have you noticed other people coping better with a poor night of sleep compared to yourself?

Have you ever wondered why some people seem to cope better with late nights and early starts than others? Well, according to recent research, our genes could hold the answer to why some are more resilient to the symptoms of sleep deprivation compared. That’s why I’m here today to examine the findings and what other factors could also determine your vulnerability to sleep deprivation.

Why does sleep deprivation affect each of us differently?

If you’ve ever stayed up late with friends or enjoyed a night out, you’ve probably wondered why some of them seem to cope better with the sleep loss. While you’re wandering around struggling to mask your own exhaustion, they seem to spring up early and don’t show any signs of letting sleep deprivation slow them down.

Are they just a more convincing actor than you? Or are they truly just more resilient to sleep loss?

Well science would now appear to favour the latter. According to recent research lead by Professor Whitney, a professor of psychology at Washington State University, your ability to cope with sleep deprivation may depend on your genes, or more specifically, your variation of the gene DRD2.1

The group of 34, on the other hand, were starved of sleep for 38 hours and instructed to participate in a task to test their flexible attentional control. This task involved correctly left clicking their mouse whenever a certain letter combination appeared on the screen and right clicking for the remaining images. 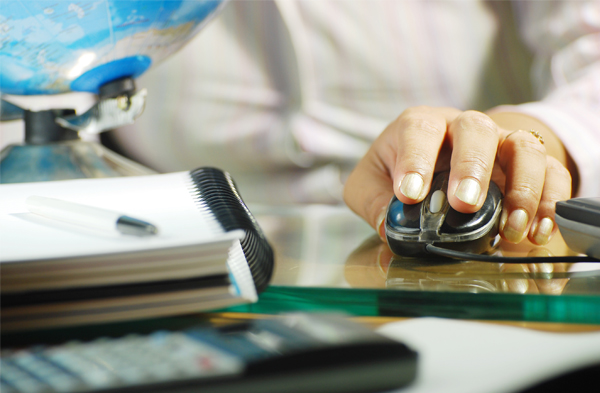 However, after an interval these instructions were reversed, confusing many of the participants. Impressively though, those with a particular variation of the DRD2 gene were able to perform this task as competently as the control group.

This would seem to indicate that there is a genetic factor worth considering when it comes to sleep deprivation, however, it is worth noticing that this particular group with that variation of DRD2 performed just the same as everyone else when it came to other cognitive abilities. In this particular instance, having that variation of DRD2 only made a difference with tasks that required cognitive flexibility.

What other factors could be at play?

While this research is interesting, other elements still need to be explored. In the meantime, while having the right genes can make you better with tasks that need cognitive flexibility, why is it other people seem able to cope better with sleep deprivation in areas such as focus and concentration compared to other sufferers? 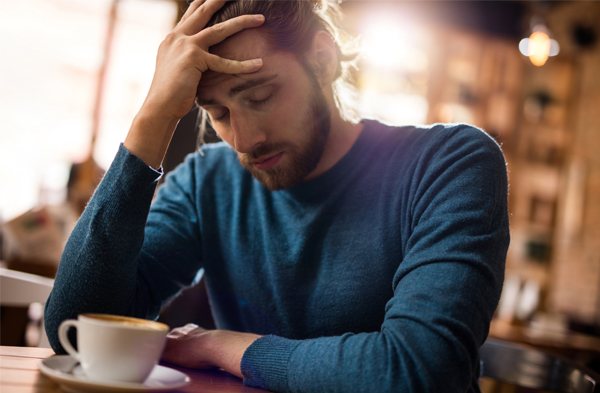 Gender, aside from your genetics, is another factor that you have to consider when it comes to sleep deprivation. It’s generally accepted that women are more susceptible to sleep loss than men, with many theorising that women even require more sleep. However, evidence is starting to suggest that women are also more capable of dealing with the symptoms of a bad night’s sleep compared to their male counterparts.2

It’s also interesting to consider that sleep loss can affect men and women in different ways. One small study by the NIH examined college students, depriving them of sleep before asking them to perform cognitive tasks, some of which involved an element of decision making. The results were that sleep deprivation made men more disposed towards risky behaviours while women became more risk averse and altruistic.3

How much sleep do you need?

Another explanation for some people coping better with sleep loss than others is that not everyone needs the same amount of sleep. Famous figures such as Winston Churchill and Napoleon all managed to get by on less than 7 hours and recently, science has taken an interest in finding out why.

One study in particular made headlines a few months ago and it once again involved genetics. Scientists at the National Heart, Lung and Blood Institute (NHLBI) wished to explore this particular sleep mystery and pin down the genes responsible. In order to accomplish this they used fruit flies as their models, selectively breeding 13 generations to produce long sleepers and slow sleepers.4

Then, comparing the genonomes of the two strains, they found 126 differences across 80 different genes. Further research is still needed but once again, it seems that our genetics can play a role in how susceptible we are to the symptoms of sleep deprivation.

The final explanation is that some people have simply found coping mechanisms over the years that work for them. Often, after a poor night sleep you can become dehydrated so it might be worth increasing your fluid intake and getting some fresh air – not only will this stimulate your senses, sunlight can help to support your circadian rhythm.

It might also help not to indulge in those ravenous hunger cravings – sugar and carbs are not going to help your grogginess and may only make matters worse in the long run. If you want more tips to help combat sleep inertia, please check out my tips for coping with grogginess.

Looking for an undisturbed nights sleep? Need to regulate your sleep pattern?

Then look no further than Dormeasan Valerian & Hops.

"Has really helped me to sleep especially with the advice on the site as to how best to take it for the best results."

To find local independent stores in your area that sell Dormeasan Valerian & Hops, simply type your postcode below.

We all know the impact of a bad night’s sleep which is why I’ve devised a personalised 6 day sleep plan to help you conquer your sleep problems, equipping you with the knowledge and tools to get a better night’s sleep.

Want to learn more? Simply fill out our short survey below and you’ll receive all of my sleep tips straight to your email.

I have had a very disturbed sleep pattern lately, but now want to get back in to a good sleep regime. How can I do this?

I keep waking at 3 - 4 am with my heart racing and struggle to get back to sleep. What can I do?

Make sure that you are drinking plenty of plain water during the day. A minimum of 1.5 litres is a ...
Read more >

I currently take pain medication long term but I am having problems sleeping. Is there or can you suggest any products that could be used alongside the medication.

If the sleeping problems are due to the pain or the side effects of the medication then you will ...
Read more >

Diet
An introduction to diet8 snacks you don't have to avoid before bedtime6 surprising foods to avoid before bedtime5 nutritional deficiencies that could be keeping you up at nightCan eating rice really help you to sleep better?Can having low levels of iron affect your sleep?Can omega 3 help to improve sleep?Can prebiotics help you sleep?Does alcohol really help you sleep?Do bananas make you sleepy?Does working night shift affect your gut health?Does vitamin D help you to sleep?Is magnesium a miracle mineral for sleep?Is your lack of sleep causing you to overeat?Top 5 foods to help you get a good night's sleepWhat foods can you eat to help you sleep?What nutrients do you need to get a good night's sleep?What should you be drinking before bedtime?

Explore more from our sleep advisor Marianna Kilburn
5 surprising reasons why you could be snoring5 tips to beat jet lagSelf help tips to aid sleep5 surprising ways stress can impact your sleep5 tips to help you get back to sleep6 hormones that can affect your sleep7 reasons for restless legs at night7 surprising habits that are ruining your sleep8 surprising reasons why you feel perpetually exhausted10 common problems that could be disrupting your sleep10 top tips to help you overcome Restless Leg SyndromeAnother reason why sleep is goodAre naps good for you?Are sleep trackers really helping you to get more shut-eye?Are sleep problems more common in women?Are you really tired or is dehydration making you sleepy?Are your weekend lie-ins really helping you to catch up on sleep?Busting those tired sleep mythsCan you remain conscious while your brain is asleep?Can you be too tired to sleep?Can you get dizzy from a lack of sleep?Don't let poor sleep drag you downDo you sleep better when you exercise?Do teenagers really need more sleep?Do you really need 8 hours of sleep?Feeling groggy when waking upGet some sleepGet your children back into the school sleep routineFatigue vs. tiredness - is there a difference?How to choose the right mattressHow do you create a good sleep routine?How does winter affect your sleep?How does your liver affect your sleep?How do I get rid of stress before bedtime?How do I recover from lack of sleep fast?How long does it take to recover from jet lag?How to help your body clock spring forwardHow to overcome stress for a better night's restIs a good night's sleep the key to happiness?Is mindfulness the key to a good night's sleep?Is poor sleep making you more sensitive to pain?Is it possible to learn in your sleep?Is social media disturbing your sleep?Is your body clock linked to your mood?Junk sleepMy top 10 tips for a better sleep this summerNot sure what's waking you up at night?Reasons why you wake up earlySelf help tips to aid sleepShould you &#39;stop trying&#39; to get a good night&#39;s sleep?Sleep to beat Blue MondayStop hitting snooze! 6 ways to feel more refreshed in the morningThe biggest sleep trends to ditch for 2018The clocks going back - is it a trick or a treat?The colour of insomnia - is cyan keeping you up at night?The dangers of dream deprivationThe differences between night owls and morning larksThe importance of sleep by Jan de VriesTired of breaking your New Year resolutions?Wakey! Wakey! Time to snooze your drocklingWhy am I always so sleepy, no matter how much sleep I get?What are the 5 stages of sleep?What happens to your memories while you sleep?What health problems can you get from not sleeping?What is your circadian rhythm?Why does sleep paralysis happen to me?Why does the winter weather make us feel so sleepy?The sleep spa has arrived!

How well are you sleeping?

Answer 5 simple questions in our sleep test for a brief evaluation and some advice.

As the A. Vogel Sleep advisor, I recommend Dormeasan®, a natural sleep remedy made from fresh extracts of Valerian root and Hops.

The wrong sleep position can not only negatively impact the quality of your sleep, it can also have an impact your posture, your joints, your digestion and even your face by making wrinkles worse!