Endometriosis is a complicated condition which can take a long time to diagnose and can be difficult to treat. Since the month of March is Endometriosis Awareness Month, in this blog I’ve included 7 facts about endometriosis that can help to shed some light on the condition, and hopefully help you to cope better.

Endometriosis occurs when tissue from the lining of the womb grows outside of the uterus. In the same way that the lining of your womb prepares for fertilisation, hormones cause endometrial tissue to grow during the monthly cycle, and then break down.

However, while the lining of the womb is shed through a monthly period, the broken down endometrial tissue has no way of leaving the body. This can give rise to troublesome periods including painful, heavy or irregular periods as well as host of symptoms, ranging from bloating to low mood and depression.

Unfortunately, the causes of endometriosis are not well understood, and there is no single cause thought to be behind the condition. Talk to your doctor if you think you might be suffering from endometriosis. 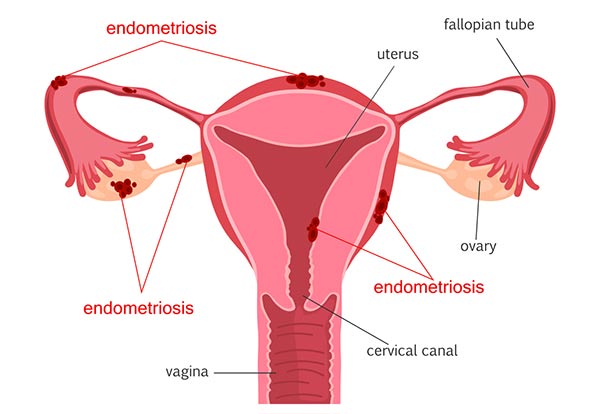 Endometriosis is estimated to affect 10% of women of reproductive age, that’s around 176 million women worldwide!1 Women of all ages, backgrounds and races can suffer from endometriosis.

Usually, symptoms of endometriosis improve when a woman reaches menopause and her oestrogen levels begin to drop. That’s because oestrogen can encourage endometrial tissue to grow and shed.

Usually, endometriosis grows around the female reproductive organs: around the ovaries or fallopian tubes, and on the outside of the womb. However, endometrial tissue can also be found on the bowel, bladder and intestines.

There are many theories as to what causes endometriosis, one being that the particles can get into the bloodstream or lymphatic system and travel around the body. Such a theory could shed some light on why, in rare cases, endometrial tissue has even been found on the eyes, lungs, spine and brain. In fact…

3. The only place endometriosis hasn't been found is the spleen!2

Endometriosis can potentially invade all sorts of different organs and body parts, which only adds to the complicated nature of this condition.

However, as I’ve said above, the pelvic region is where endometriosis is most commonly found, which is why it can give rise to nasty symptoms, especially around the time of your period when your hormones are in flux.

4. Gentle exercise can help some symptoms of endometriosis

Symptoms of endometriosis include pain and heavy periods. One way of relieving these symptoms is to exercise, which causes the body to release endorphins, natural pain-killing hormones. 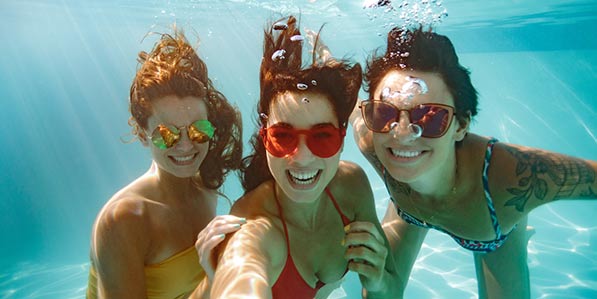 However, not everyone who has endometriosis will experience symptoms. While most women will report at least some symptoms associated with endometriosis, such as pain, fatigue or feeling faint, there are those who do not know they have the condition until some other tests flag up endometrial tissue in the wrong place.

For those who do experience symptoms, some women report that making changes to their diet has improved their endometriosis symptoms. As part of the problem of endometriosis is inflammation, this may be why changes in diet can lead to an improvement in symptoms.

Avoid refined sugar, caffeine, animal fats and processed foods. Instead, opt for fresh ingredients which are rich in vitamins, minerals and antioxidants.

Many spices have anti-inflammatory properties - turmeric, cinnamon and ginger are good ones to try here. Also, try to incorporate plenty of oily fish, eggs and walnuts into your diet in order to reap all of the anti-inflammatory benefits.

7. Herbal and home remedies can be paired with conventional treatments

While there is no single cure for endometriosis, a combination of herbal remedies and conventional treatments can be the best way for some women to cope with the condition.

Agnus castus can be used to treat the symptoms of PMS, including painful periods, by gently supporting progesterone, provided you are not taking hormonal medication such as the contraceptive pill. Agnus castus can help to restore a hormonal imbalance between progesterone and oestrogen which, as we know, can encourage endometrial tissue to grow.