Exploring some of your top periods questions and supplying the answers

Here at the A.Vogel helpline we get asked about periods on a daily basis. Women are often worried about what’s normal and aren’t sure where to turn to find the answers they need! There is still a stigma attached to female health issues and we want to change that. Here I present a list of commonly asked questions plus my solutions so you can feel more clued up and in control when it comes to your time of the month.

Q1. Why have I missed a period?

This is one of the most common concerns – periods arriving late. Women often panic and assume that they must be pregnant. Although this certainly could be the case if you haven’t taken the necessary precautions throughout the month, it isn’t the only reason that your period might not have showed up.

Unfortunately, mother nature is cruel and the symptoms of PMS and early pregnancy are often worryingly similar – think bloating, painful breasts, fatigue and nausea to name a few. Until your period is actually late though, you should try not to worry, and even then, even if it is late, you might not necessarily be pregnant. Take a test to rule this possibility out first. Next, consider what also could be having an effect. We know that other factors such as stress (especially if you are in panic mode assuming you are pregnant!), changes in body weight, exercise regimes and different medication could all potentially have an effect on your monthly cycle.

So, my advice? Try not to stress – this could be delaying your period in the first place and is very often at the route of the cause. If it’s a one off, fine, but track your period going forward in case there’s the possibility that a hormone balance could be at the root of the cause instead.

Q2. My period is too light or too heavy – what’s going on?

I often get asked ‘is this normal’? Firstly, it depends on what else is going on. A one off, slightly shorted or longer period is generally nothing to worry about. But my advice is to track what’s going on over a period of a few months to give you a better idea of what might be happening with your hormones.

Get clued up on hormone imbalance and learn what to look out for and what can be done to help by watching my video blog on this topic. Next, I’ll discuss when it’s more normal to have irregular periods – whether you’re in your teens, or approaching mid-life, for example...

Q3. I’ve not long started my period – is what I’m experiencing normal?

In early to mid teens it’s quite common for periods to take a little while to settle down. This can be frustrating if you’re waiting for your next one to arrive or worried when your current one will stop, but this is all the result of fluctuating hormones. Herbal remedies often aren’t suitable for under 18s and when it comes to conventional remedies, we often don’t want to influence your hormones before they’ve even had a chance to settle naturally. However, if you’re bleeding excessively or are worried, then it’s time to go to the doctors to talk it over. They’ve literally heard it all so don’t be embarrassed!

Q4. I’ve had regular periods all my life and now they are starting to change – what’s going on? 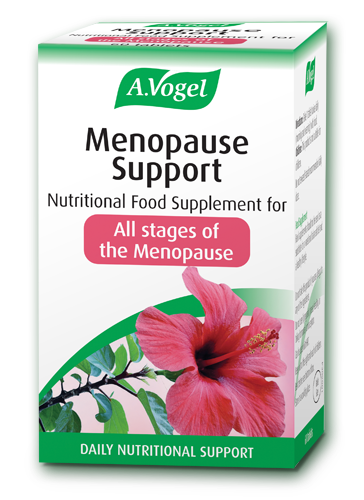 Another common query is from women reaching their mid 40’s and wondering why their once regular periods are now all over the place. Well let me tell you – this is normal!

In the approach to menopause (the average age is between 45 and 55 years old here in the UK), wobbly oestrogen levels mean that your periods can start to change. This can result in missing, more frequent, heavier or lighter periods, and in any combination of the above! A trip to the doctor, again, won’t do you any harm, just to double check that everything is ok; especially if you’re bleeding very heavily as we don’t want this long-term even if it is normal. However, in many cases it isn’t anything to worry about. Some soy isoflavones at this stage can help to keep things nicely in balance.

Q5. Will Agnus castus help all of my monthly ailments?

Agnus castus has long been considered as the female herb, and to some extent this is true. However, beware, it isn’t for everyone and you could mess up your cycle more depending on what’s going on.

Agnus castus can come in useful in many cases of oestrogen dominance, when typical symptoms of PMS are getting you down such as heavy, painful periods, sore breasts, bloating, irritability and mood swings. However, if you have a longer cycle, or your cycle is more infrequent, then it might not necessarily be the one for you. Watch my video blog or submit a question for more solutions!

Q6. My period is messed up since going on the pill or since coming off it – why?

The trouble with going on the pill is that other than for contraception, women very often go on it to help calm their hormones in the first place, perhaps for problem skin or for painful cramp, for example. Sometimes this is the best option, but there are a few points from me to consider:

Q7. Why do I feel sick or dizzy around the time of my period?

Read more articles from our women's health advisor Emma Thornton
4 skin issues caused by your periodDo periods make you sleep more?Coping with mood swings: Part 2Coping with mood swings: Part 1Why am I so bloated during my period?Why does my stomach get upset during my periodWhy are my period cramps worse at nightCan vitamin D deficiency make your period worse?5 reasons to cut back on caffeine during your periodWhy is my menstrual cycle lasting longer than usual?Top tips for coping with your period during summerDoes the pill make you more sensitive to caffeine?Is it normal to faint during your period?7 facts about endometriosisDoes stress make periods worse?Can cinnamon help period cramps?Is it normal to get a cold before your period?How to fight fatigue on your periodWhy do I have back pain on my period?Does the pill make you gain weight?15 interesting facts about your period10 things that can negatively affect your period9 side effects of the pill and how to overcome them7 period myths6 drinks to help period cramps6 reasons for sudden heavy periods5 vitamins and minerals to help you through your period5 surprising period symptomsA beginners guide to periodsBoozy periodsCan period pain get worse with age?Can periods really synchronise?Can you have an environmentally friendly period?Can your period change your toilet habits?Coping with your period during exam timeDietCan exercise help manage your monthly symptoms?Could going meat-free help symptoms of PMSFoods to help you through your periodHome remedies for menstrual crampsHow can stress affect your period?How to deal with your period on holidayHow to get a good night's sleep on your periodHow to have a happy periodHow's yours? Frequently asked, personal periods questions answered!Is your period upsetting your digestion?Methods of contraceptionOvulation and the menstrual cyclePMS or PMDD - how to know the differencePMS through the ages: what to expect and how to preparePregnancy and the menstrual cycleSimple exercises to do on your periodThe low down on sanitary productsThe menopause and your periodsUnderstanding your period and hormone imbalanceWhy has my period suddenly stopped?Why period leave is problematic