With the internet at our fingertips we are now able to discover lots of information about periods. However, amongst all the helpful advice, there’s also a bit of nonsense too. That’s why I thought it would be a good idea to clear up some of the (sometimes crazy) myths surrounding periods! Read this blog to find out more…

Myth 1: You’re more likely to be attacked by an animal

There’s a rumour floating around that you are more likely to be attacked by sharks whilst on your period and, even more bizarrely, that brown bears are attracted to the scent of period blood. Sounds a little silly, right?

Well, to clear up these issues once and for all, research has actually been conducted. Yellowstone National Park analysed all bear attacks on their grounds to ascertain whether menstruation had any influence. They found, rather unsurprisingly, that most attacks on women occurred by accident when the individual came across a bear whilst hiking. So, their conclusion was that no link could be drawn between the females attacked at Yellowstone and menstruation.1 Phew! 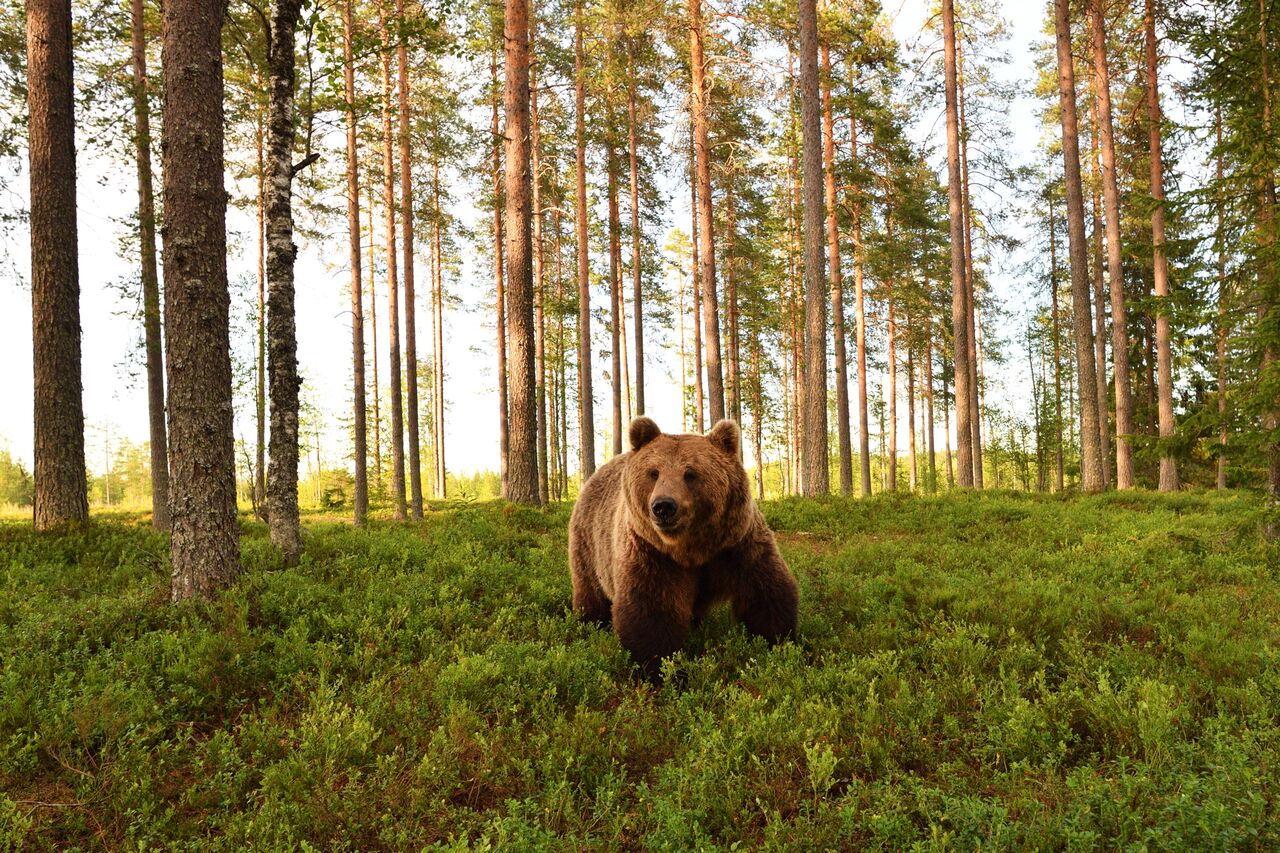 So, what about sharks? Well, if you’re heading off to Australia any time soon you really needn’t worry about venturing into the sea…

The amount of blood you pass during the course of your period is miniscule, especially if that blood is then dispersed into the sea. This means a shark would have to be right next to you in order to detect it. Not convinced? Just think of this – the Great White Shark can detect one drop of blood in about 100 litres of water. That is about 1/25,000th of what’s in an Olympic-sized swimming pool! If sharks were able to detect every drop of blood in the ocean they’d be quickly overwhelmed!2

So, sharks and bears, it would seem, do not pose an increased threat to women when they are on their period.

Myth 2: You can’t swim or bathe

Talking about swimming, one of the most common misconceptions young girls have when they start their period is that they won’t be able to swim or have a bath. Ok, so most of us know this one simply isn’t true. 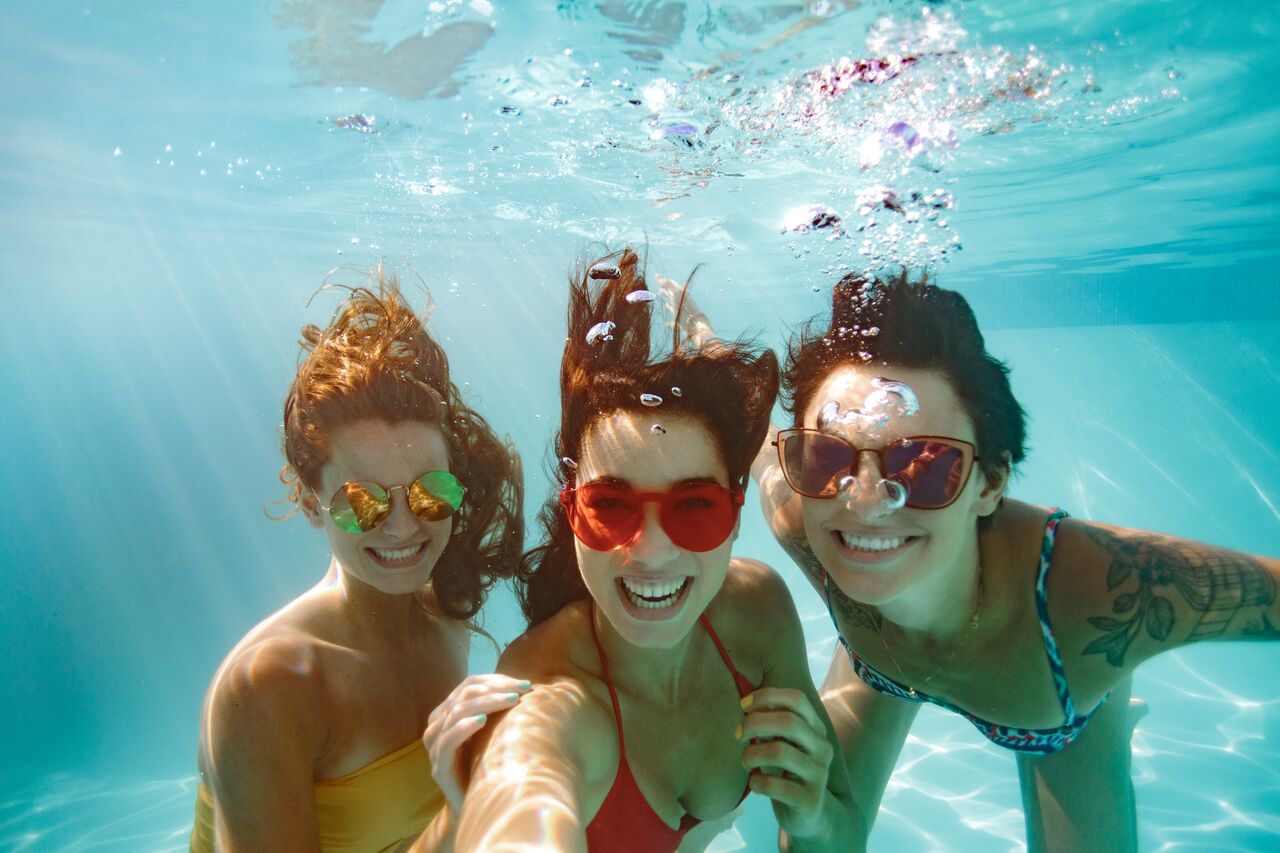 From the moon cup to good old fashioned tampons, there are a variety of menstrual products that enable us to swim comfortably whilst on our periods. As for baths, well these can actually help to ease period cramps so are a bit of a savior when it’s your time of the month.

This particular myth however, may have started out as fact. Although tampons were available before the 1970s, maxi pads were not and as a result many women relied upon a sanitary belt during their period. This wrapped around the waist and had clips at the front and back to hold a piece of cotton in place. This doesn’t sound very comfortable for day-to-day wear but it was even less conducive to water-based activities.

Therefore, a lack of menstrual products in times gone by made swimming and bathing difficult. However, fortunately menstrual products have advanced significantly since the days of the menstrual belt and now it is safe to say if you want to head to the pool or dig out the bubble bath when you are on your period, go ahead!

This is another worry faced by girls at the start of their period journey – what if their classmates can tell they’re on their period? What if people stare?

Well, yet again this is a good old myth. Menstrual products are now so discreet that you can run, jump, skateboard, dance, even fly and no one would have a clue that you were on your period.

However, spare a thought for the women who had to deal with periods before the introduction of menstrual pads. Many complained that the bulky sanitary belt could be seen through their clothes!

This is a phenomenon that’s been given a lot of attention over the years, so much so that I dedicated a whole blog to the topic. However, although it’s a nice idea that your own period and that of your friends and sisters could synchronize just because you spend lots of time together, it’s more likely to be down to chance.

Also, I’m sorry to disappoint you but stress, exercise, diet and sleep all influence your period. Therefore, a change in any one of these things could alter the time of month in which your period hits so that it begins to run in time with those around you.

Although there is some anecdotal evidence to suggest that cold drinks may make period cramps worse, there’s little hard science surrounding the issue. As a result, I would suggest that a cold glass of orange juice or a refreshing glass of water is pretty safe at this time.

That being said, there are a number of cold drinks you should try to stay clear of during your period. Alcohol for example, dehydrates you which can make symptoms like cravings and fatigue more pronounced. Also, sugar-filled drinks like Coca-Cola and lemonade can cause energy levels to spike rapidly and then decline thus making you feel lethargic. We know fatigue is a big problem for women on their periods so it’s best not to make the problem worse by fuelling up on your favourite soda! 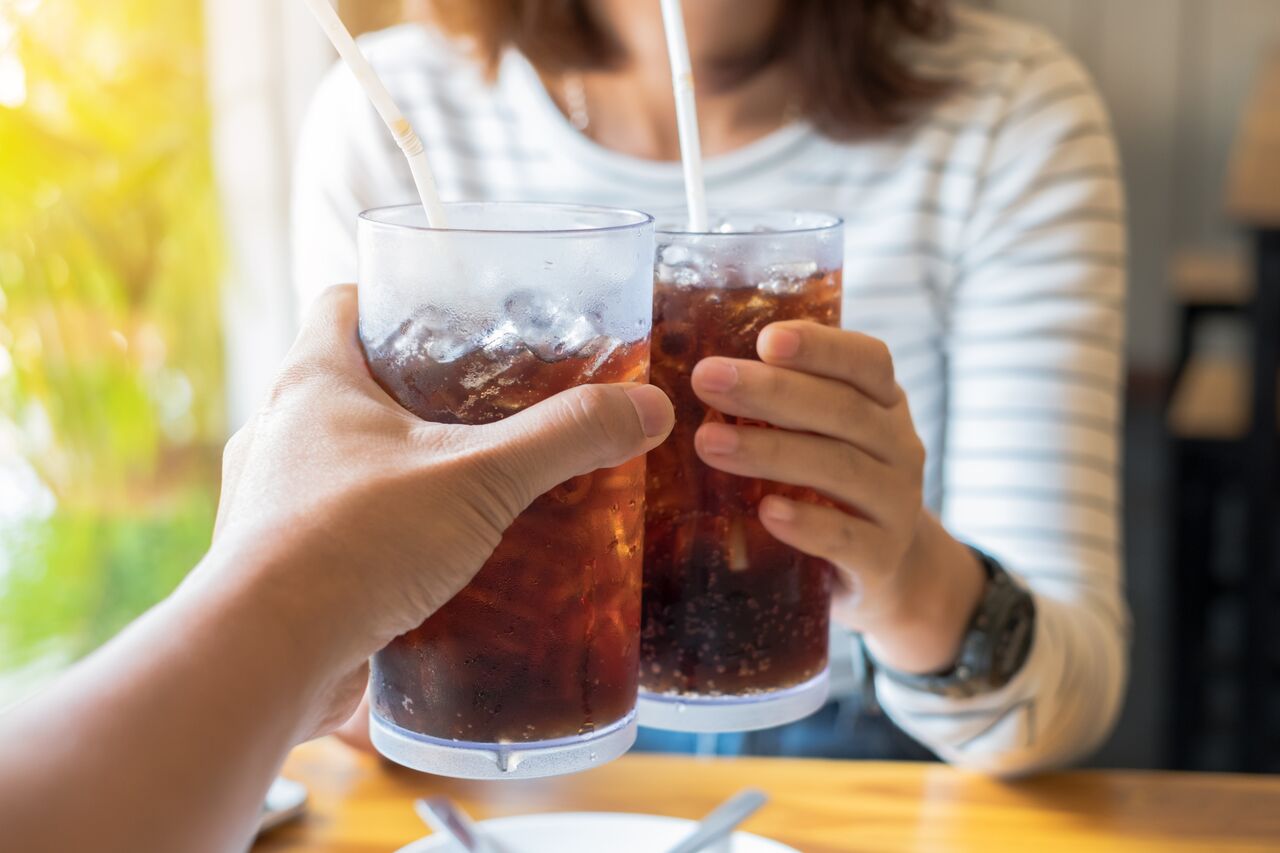 Myth 6: Exercise on your period is bad for you

Should your period give you an excuse to ditch those trainers for a pair of fluffy slippers?

Well, no, unfortunately it does not. I know this is not what you wanted to hear (unless you absolutely love exercise of course) but provided you don’t do too much, exercise can actually help to ease period symptoms. Cramp for example, can be made worse when there’s a lack of blood flow to the stomach area but as exercise increases blood flow around the body, this means it can work to reduce the prominence of cramps.

Fast runs or energetic hikes are probably not the best idea on your period but take as many long walks and exercise classes as you like! 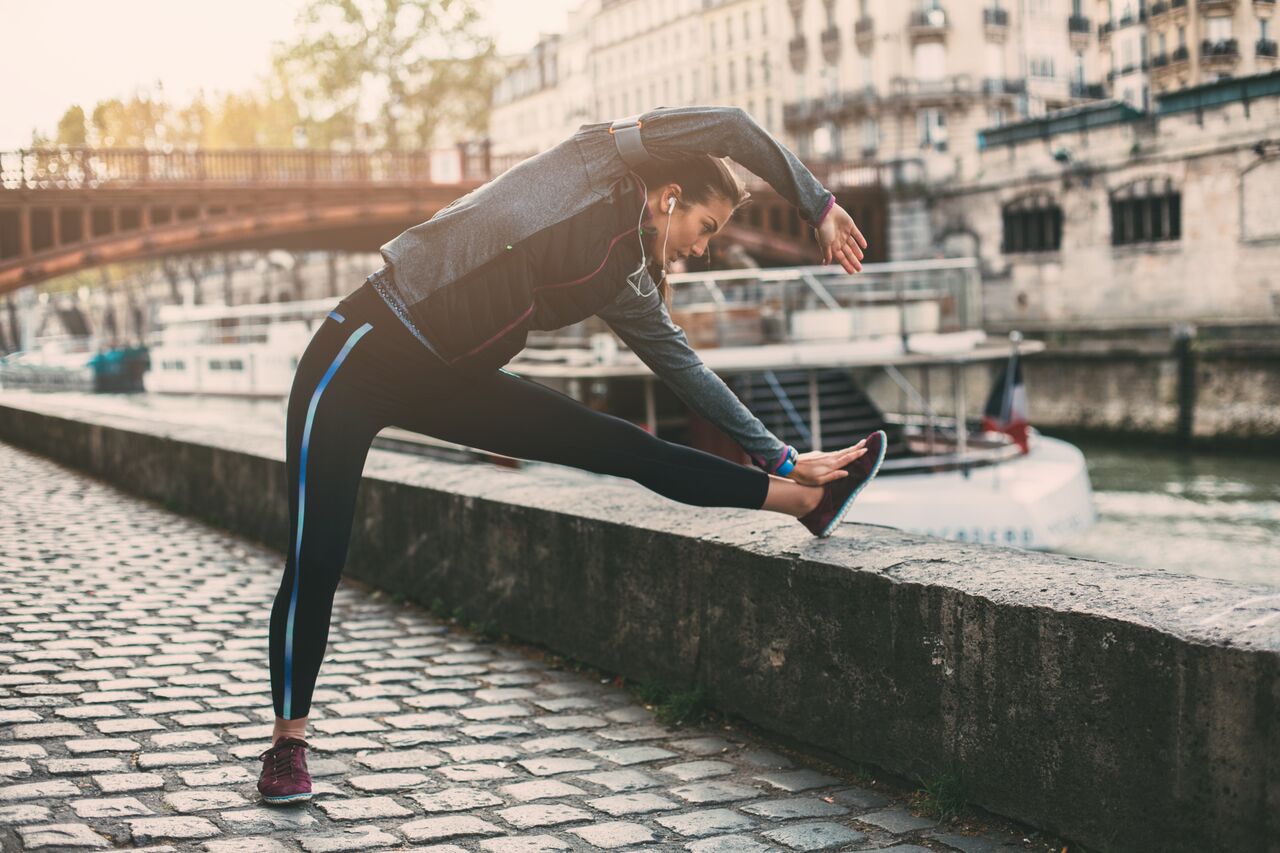 Finally, this is the biggest myth of all.

Periods are a very individual thing with the severity of symptoms differing from one woman to the next. This means that not only is it difficult to compare periods, it’s also impossible to claim that that very heavy periods are normal!

Not only that though, it’s quite risky to state that very heavy periods are normal. A particularly heavy period could indicate that something else is a play like an underlying condition or a hormone imbalance. Plus, a heavy flow is extremely bad for women’s health in general as it causes problems like anemia, light headedness and fatigue.

So, how do you know if your period is heavy?

Therefore, if any of these things apply to you then it’s time to see your doctor to find out what’s going on because a very heavy period definitely isn’t normal!

If you experience heavy periods alongside symptoms such as irritability, severe cramp, mood swings and bloating, once you’ve got the ok from your doctor you may find it helpful to try Agnus castus. These symptoms are associated with too much oestrogen and too little progesterone which this herb helps to balance out.

So, I hope this blog has not only cleared up some of the troubling myths surrounding periods, but that it has also offered a little more information on how to deal with period symptoms too!

Read more articles from our women's health advisor Emma Thornton
4 skin issues caused by your periodDoes dieting affect your period?Do periods make you sleep more?Coping with mood swings: Part 2Coping with mood swings: Part 1Why am I so bloated during my period?Why does my stomach get upset during my periodWhy are my period cramps worse at nightCan vitamin D deficiency make your period worse?5 reasons to cut back on caffeine during your periodWhy is my menstrual cycle lasting longer than usual?Top tips for coping with your period during summerDoes the pill make you more sensitive to caffeine?Is it normal to faint during your period?7 facts about endometriosisDoes stress make periods worse?Can cinnamon help period cramps?Is it normal to get a cold before your period?How to fight fatigue on your periodWhy do I have back pain on my period?Does the pill make you gain weight?15 interesting facts about your period10 things that can negatively affect your period9 side effects of the pill and how to overcome them7 period myths6 drinks to help period cramps6 reasons for sudden heavy periods5 vitamins and minerals to help you through your period5 surprising period symptomsA beginners guide to periodsBoozy periodsCan period pain get worse with age?Can periods really synchronise?Can you have an environmentally friendly period?Can your period change your toilet habits?Coping with your period during exam timeDietCan exercise help manage your monthly symptoms?Could going meat-free help symptoms of PMSFoods to help you through your periodHome remedies for menstrual crampsHow can stress affect your period?How to deal with your period on holidayHow to get a good night's sleep on your periodHow to have a happy periodHow's yours? Frequently asked, personal periods questions answered!Is your period upsetting your digestion?Methods of contraceptionOvulation and the menstrual cyclePMS or PMDD - how to know the differencePMS through the ages: what to expect and how to preparePregnancy and the menstrual cycleSimple exercises to do on your periodThe low down on sanitary productsThe menopause and your periodsUnderstanding your period and hormone imbalanceWhy has my period suddenly stopped?Why period leave is problematic