5 surprising things that could help your allergic rhinitis

If you have allergic rhinitis, I’m sure you have tried many treatments in an attempt to relieve your symptoms and make yourself feel more comfortable. Understandably, this may leave you feeling that you’ve exhausted all the treatment options available but rest assured, this simply isn’t the case! As this blog examines, there are a few other, more surprising ways you could help your allergic rhinitis.

It is estimated that around one in five people in the UK suffer from allergic rhinitis but what exactly is this?1 Well, in someone with this condition the immune system can over-react to things like mould, pollen and dust mites. Instead of just ignoring them as would normally be the case, the body sees them as a threat and so does its best to prevent them from causing damage. Unfortunately, this results in symptoms like congestion, sneezing, coughing, itchiness and a sore throat. 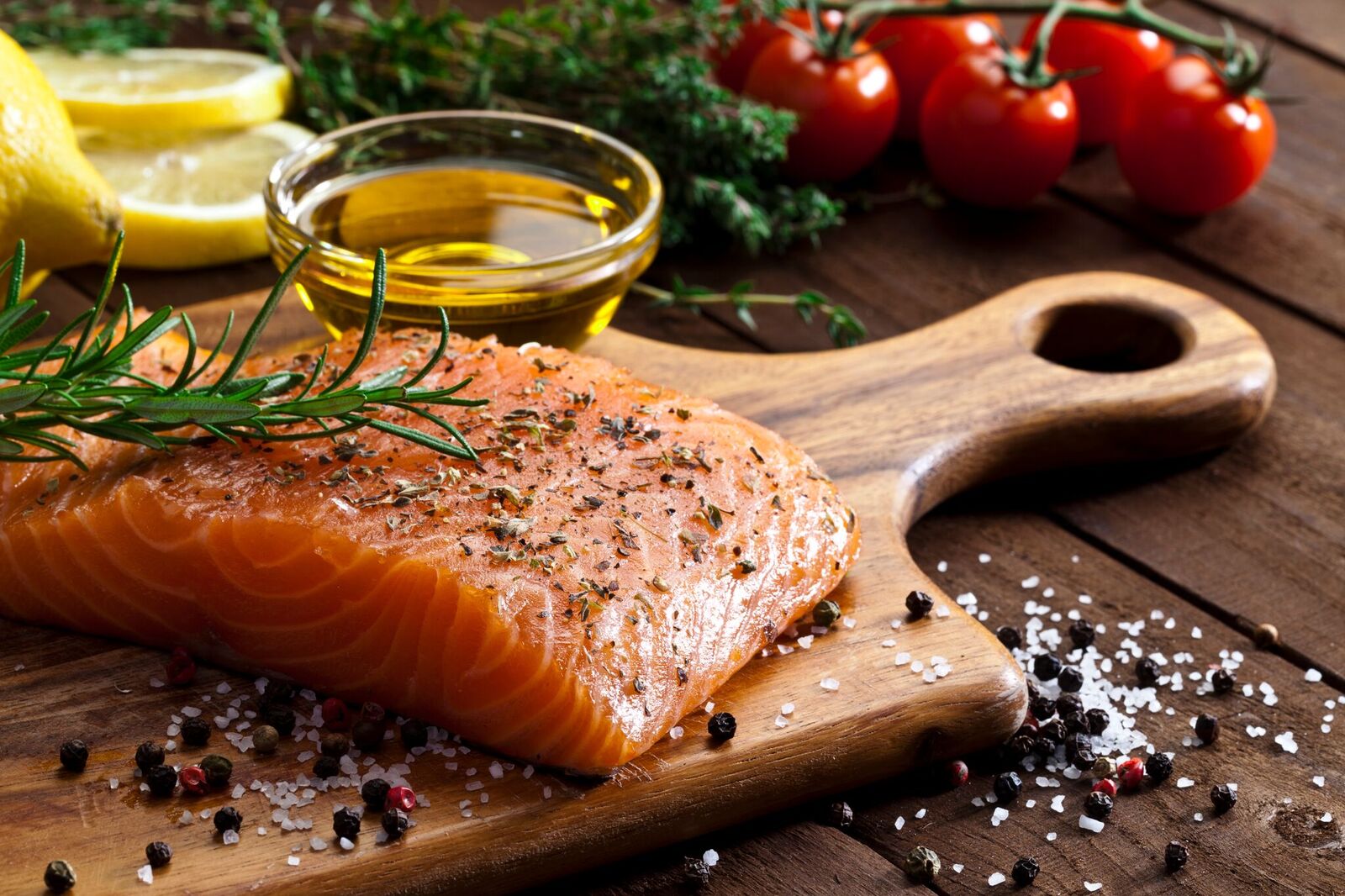 In response to an allergen, huge amounts of histamine are produced by the immune system which causes problems like inflammation, skin irritation, swelling and itching. So, if you eat foods with high levels of this compound it’s likely to worsen the problem. This shows that there could be a link between your diet and the severity of your allergic rhinitis symptoms. Therefore, it’s important to opt for foods low in histamine instead such as:

At the same time though, you should ignore foods high in histamine:

So, how might fish help? Well, oily fish like salmon, mackerel and sardines all contain omega 3 which can influence the immune cells and enzymes that are key in creating the body’s inflammatory response.2 These anti-inflammatory properties inside fish may, in turn, help with allergic rhinitis symptoms.

If you’d like some more information on how diet can improve this condition, have a look at my blog ‘7 food and drinks that could help allergic rhinitis’. 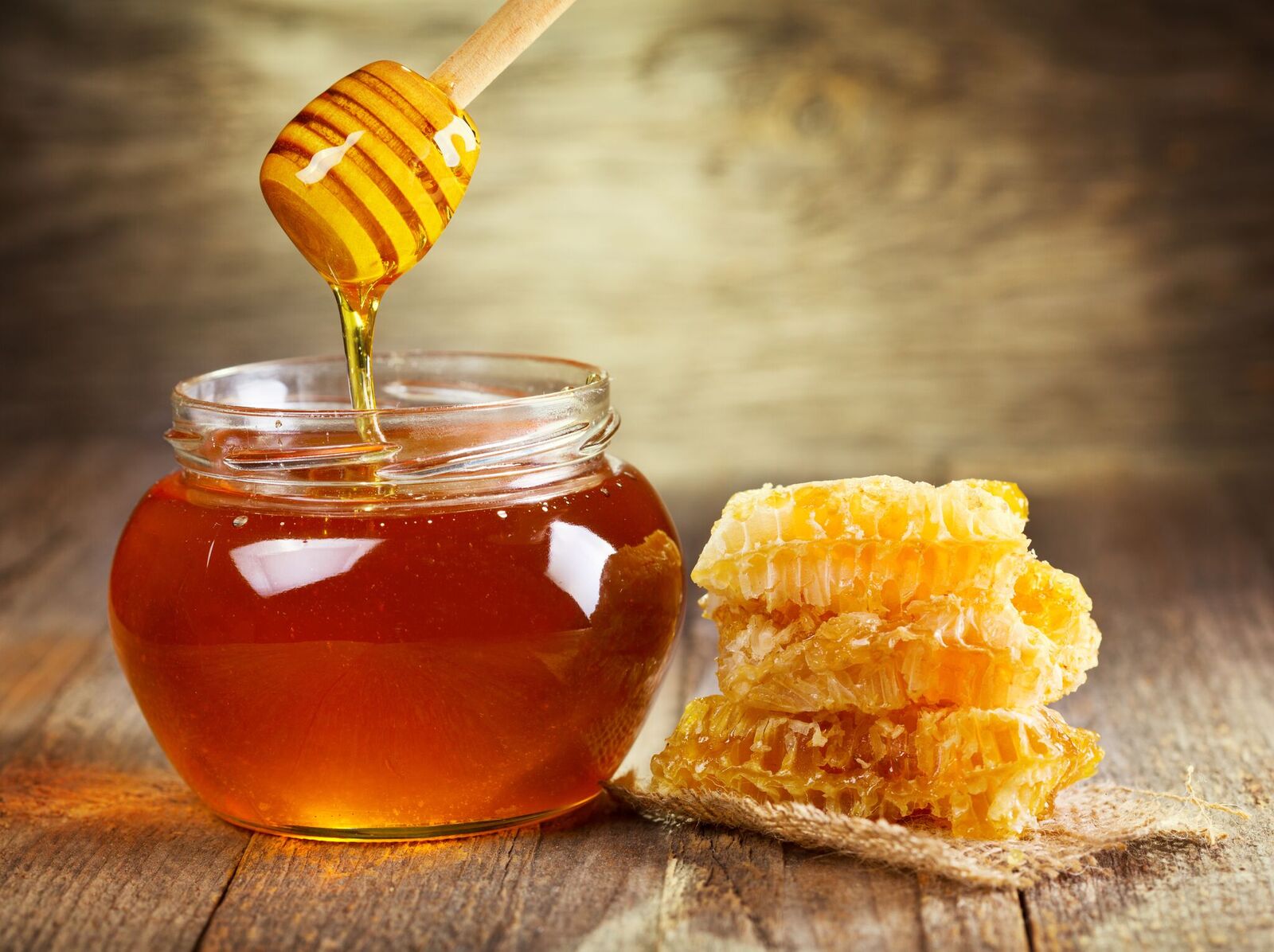 There’s a bit of controversy surrounding this one, with some people raving about how much honey helps their pollen allergy and others disagreeing altogether. It has widely been argued for example, that by eating local honey, those with allergic rhinitis can become immune to the effects of pollen. This is because local honey can contain traces of local pollen so, by introducing your body to small quantities of it, you may eventually be able to build up some immunity.3

There is some scientific evidence to back up this theory that honey could help a pollen allergy, with one study suggesting that a high dose of honey could improve allergic rhinitis symptoms.4 Unfortunately though, not everyone agrees.

A study by the University of Connecticut for example, examined the effects of honey on symptoms of allergic rhinitis. A group of 36 was split in three with one third receiving locally produced honey, another receiving nationally collected honey and the final one receiving corn starch flavoured with honey. One tablespoon had to be consumed daily whilst the participants recorded their symptoms. The aim was to see what the effect of the honey, if any, would be. The results showed that neither local honey nor nationally-produced honey relieved symptoms more than was the case for the placebo group.5

So, with conflicting reports about the effects of honey on allergic rhinitis symptoms, I think the best thing to do is to try it out for yourself! Try adding some local honey to your diet and see if it makes a difference. If it does not, well at least you’ve had an excuse to eat some delicious honey!

If you’re vegan though, this will be one you have to miss out on. However, if you need suggestions to improve your allergic rhinitis, see my blog ‘7 food and drinks that could help with allergic rhinitis’. 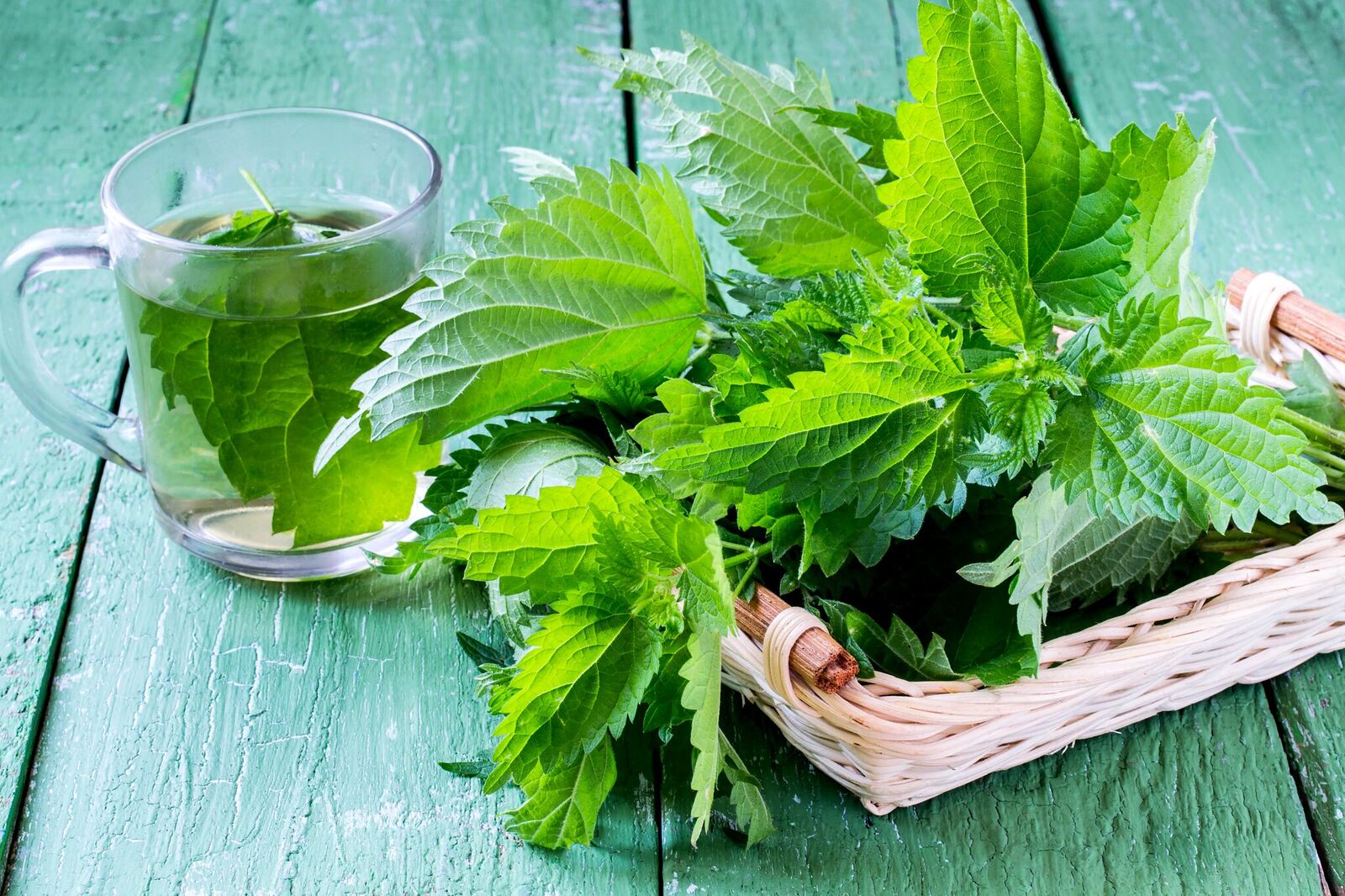 This one really is surprising but there is some evidence to suggest that nettle may be helpful for those with allergic rhinitis! That’s because it could be effective in reducing symptoms caused by the production of histamine such as inflammation.

A study by the National College of Naturopathic Medicine in Oregon had participants take Urtica dioica (stinging nettle) to treat their allergic rhinitis symptoms. Of the 69 participants, 32% thought this treatment dramatically improved their symptoms and 84% said there was moderate improvement.6 This suggests that for some, stinging nettle did help the problem. Still, a large number reported no change in their symptoms so, like the honey, it seems there is a bit of conflict over the issue.7

Nevertheless, nettle is full of iron, calcium, antioxidants and even vitamin C which can help to support the immune system. This may give further support to the idea that it may help allergic rhinitis.

If you are thinking about how to consume nettle in order to test this theory out for yourself, then don’t worry as I have a few suggestions! Nettle tea is surprising tasty and refreshing so just swap your usual brew for this. Alternatively, you could try our Stinging Nettle Urtica Drops which is made from organically grown and freshly harvested stinging nettle. 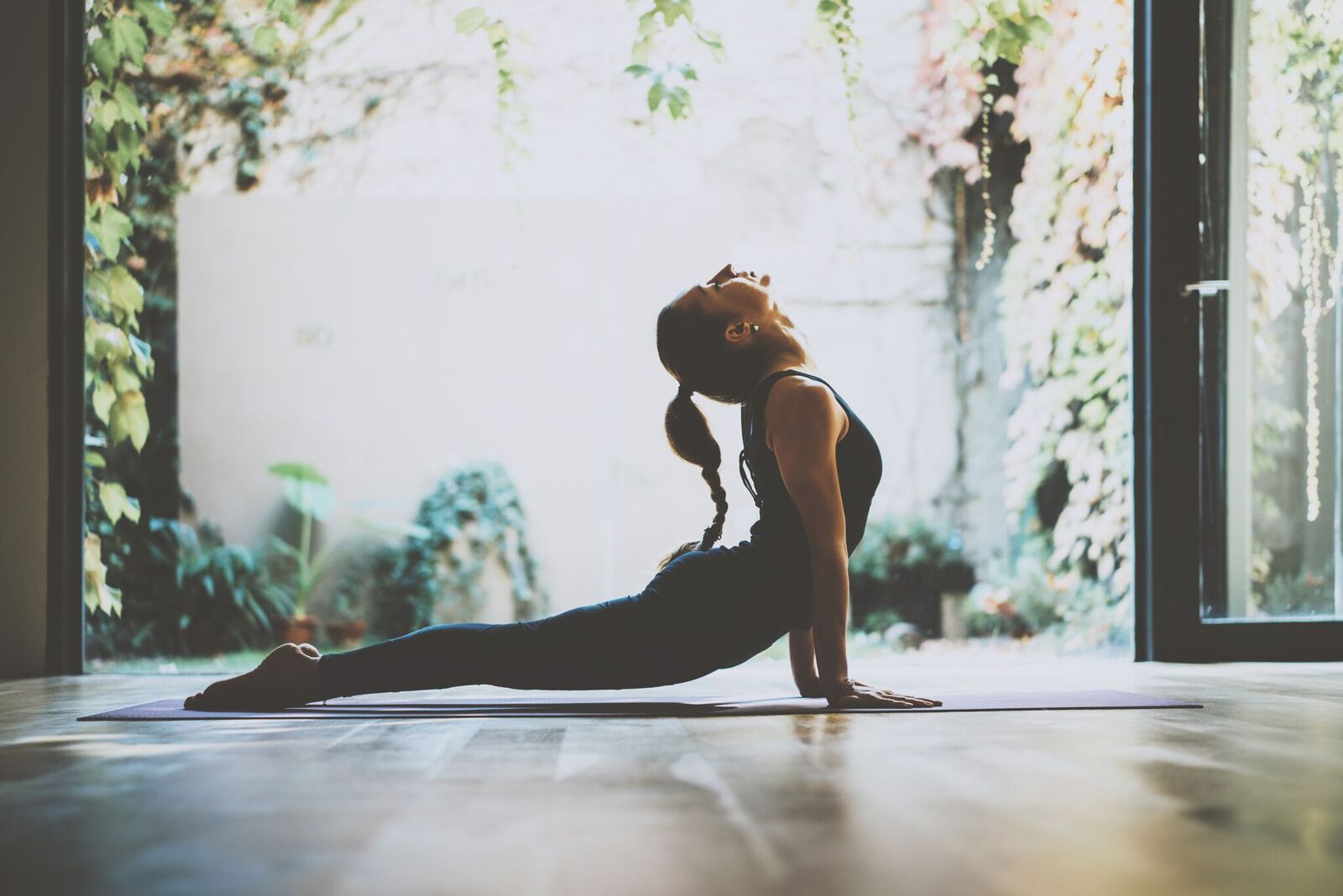 A few years ago one study used 13 allergic rhinitis patients and 14 healthy patients to test the effects of strenuous exercise and light exercise on symptoms of this condition. By making a comparison against the placebo group, the study found that moderate exercise was more helpful in reducing the physical symptoms of allergic rhinitis than strenuous exercise.8  Sneezing, congestion and nasal itching all decreased by more than 70% - the researchers thought this was because of cardio which helps calm inflammation in the nose. This suggests you can keep fit and help your troublesome condition!9

However, there are a few things to remember when exercise with allergic rhinitis:

If you’d like some more information on this topic have a look at our blog ‘exercising with hayfever’. 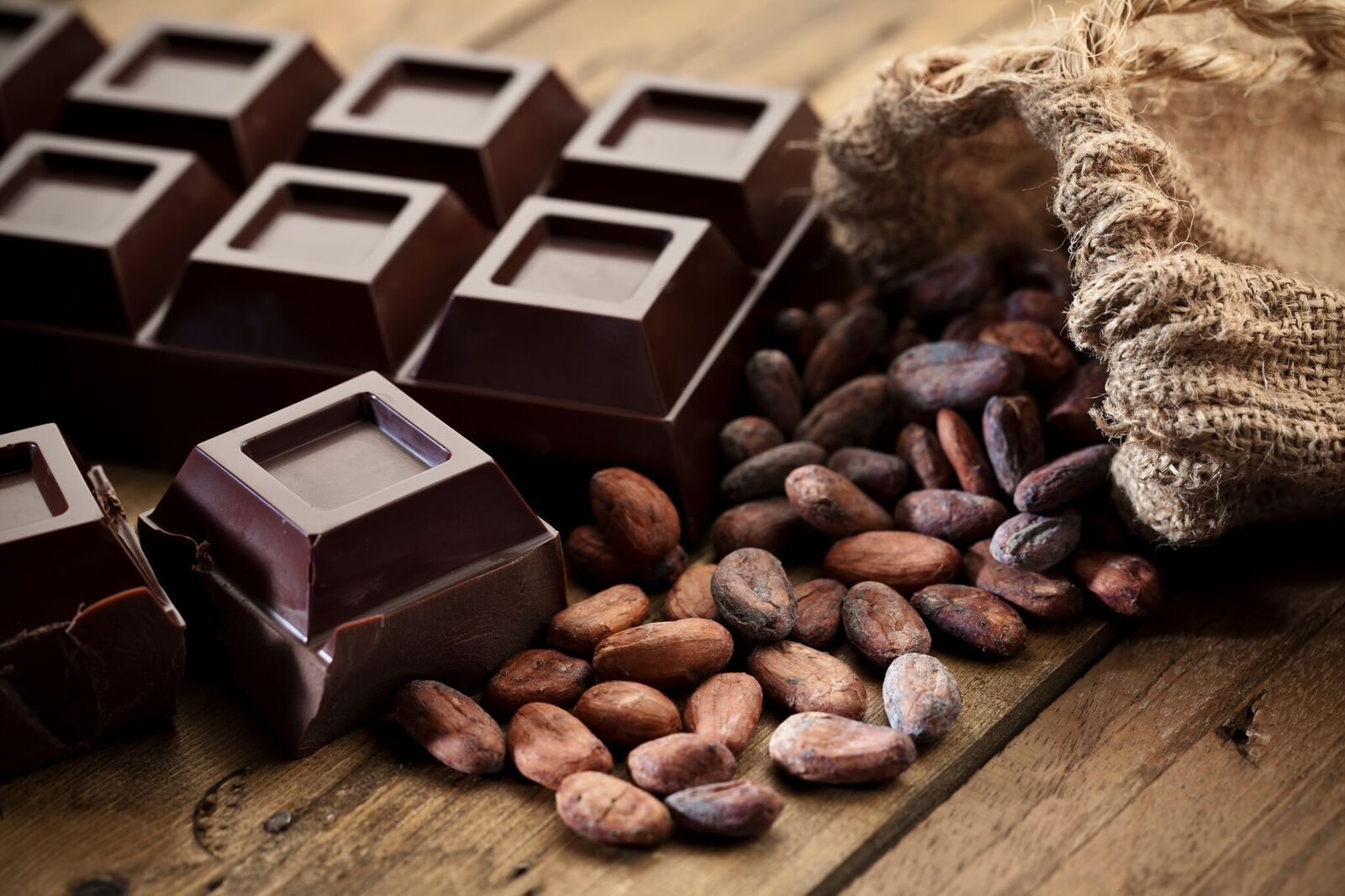 We don’t usually need an excuse to munch on some chocolate but I’ll give you one anyway! A 2013 study found that the polyphenols (a chemical compound) contained in cocoa makes it antioxidant and potentially anti-allergy.10 The study also states that cocoa has anti-inflammatory properties which could help with problems that accompany allergic rhinitis.

However, there are a few things you must remember about chocolate and allergic rhinitis!

What can we do to help?

If you feel you need a little extra support for your allergic rhinitis symptoms, you could try our Pollinosan Luffa Nasal Spray. This herbal remedy has a soothing effect as it helps cleanse the nasal passages of pollen and other allergens. That’s not all though, this product has a whole host of positives surrounding it.

So, if you’re struggling with the likes of congestion as a result of allergic rhinitis, this product may be a helpful solution.

A dose of Echinacea may also help allergic rhinitis as it helps to support the immune system which will be under pressure to fight off allergens. Echinacea is traditionally used to balance immune system functions as it stabilises an over-reactive response. It also reduces the severity of inflammatory symptoms by lowering the production of inflammatory chemicals in the body.

Our Echinaforce Echinacea drops will give you your daily dose of this beneficial herb! It is made from fresh Echinacea so that the herb does not lose any of its beneficial properties. I’d recommend that you take some in the run up to your usual trigger time, perhaps in the spring, as a daily dose may lessen your symptoms!

If allergies leave your nose itchy and blocked, it's time to try the Pollinosan Luffa Nasal Spray!

This rinses and cleanses the nose of allergens to make the area feel more comfortable.

To find independent stores in your area that sell Pollinosan Luffa Nasal Spray, simply type your postcode below.