Why do humans develop allergies?

If you have an allergy you will probably be aware that symptoms such as a blocked nose and itchy skin occur when the body over reacts to substances like pollen or animal dander. What is less clear however, is why the body acts in this way. Therefore, to clear things up a little, in this blog I will take a look at a few things that are thought to contribute to the problem.

Can digestive problems contribute to allergies?

70% of our immune cells are found in the gut and so if the health of the gut is affected in some way, the immune system will be too. If the immune system fails to function properly it then makes it more likely that allergies will develop.

Digestive issues such as leaky gut for example, which can be caused by the likes of low stomach acid or an imbalance in gut bacteria, disrupt the structure of the cells in the gut wall meaning they no longer sit closely together.

As a result of this, food particles can slip through the gut wall and in time this may cause the immune system to become overwhelmed. The bewildered immune system may then find it harder to decide what is dangerous and what is not, and begin to identify harmless substances such as pollen particles as ‘dangerous’.

From this we can see the close like between allergies and digestion, as well as how digestive issues can contribute to allergy symptoms.

What does the hygiene hypothesis mean?

Some experts believe that an increasing number of children develop allergies because as youngsters they are not exposed to infections that would strengthen the immune system and enable them to build up some resistance – in other words, we are too clean!1 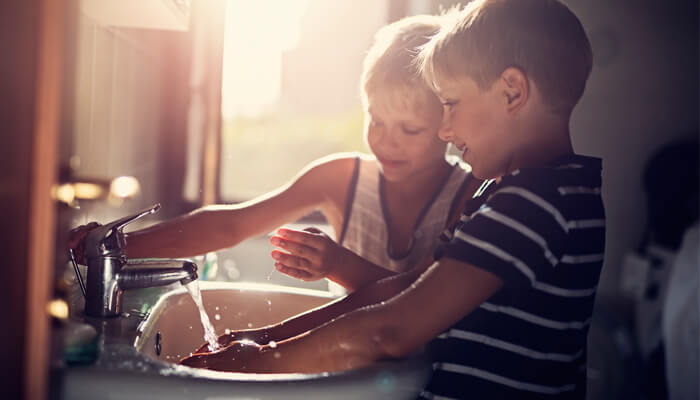 This theory was first introduced in the late 1980s when research showed that there were fewer instances of hayfever amongst children living in large households. Since then more research has been conducted on the issue, with similar findings.

One particular study conducted in 2013 concluded that children were exposed to more germs when they lived with older siblings and pets. This helped to build up their immune system, meaning there was less chance the child would react to harmless substances such as pollen or mould spores.2

Can hormonal changes cause allergies?

It’s also fairly common for hayfever to worsen during the menopause because the hormonal changes that occur at this time put strain on the nervous system which, in turn, can limit the effectiveness of the immune system.

On top of this, lack of sleep, fatigue and digestive problems can all become more apparent during the menopause thus affecting how well the immune system can function.

Can lack of sleep cause allergies? 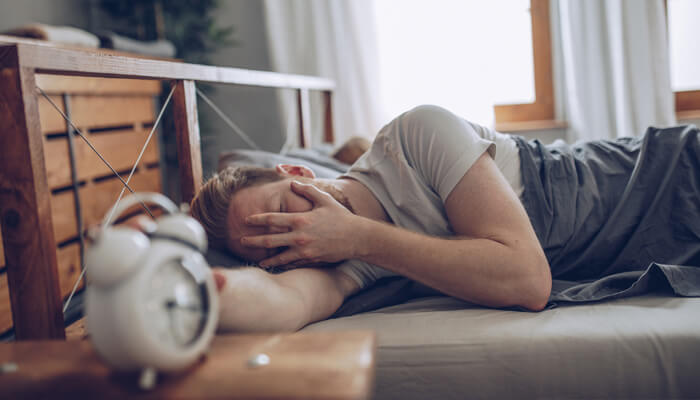 People require different amounts of sleep depending on the unique make-up of their bodies. As a general rule of thumb, we suggest that adults get at least 8 hours a night, teenagers require between 8 and 10, and children need at least 10, if not more!

Can pollution cause allergies?

Pollution is a growing issue in towns and cities all over the world but is it possible for these harmful chemicals to trigger the development of an allergy?

Well, the answer is most definitely yes. Your body can cope with allergens up to a point but with pollution thrown in as well, it can eventually become too much to bear, and allergy symptoms may begin to develop.

Pollution can weaken the immune system for example, so even if pollen counts are low, or if you’ve never had a reaction to the likes of dust mites and mould spores before, you may now become sensitive to these things.4

Also, when pollution mixes with pollen it creates a strong mix that the body may be unable to cope with. It’s been said that pollution can make ‘super pollen’ for example, whereby pollen becomes thicker and stickier so clings more easily to the nose, throat and skin. Also, this super pollen is heavier than normal, therefore can’t be blown away by the wind and lasts longer.5

Can moving cause allergies?

As I’ve discussed, pollution can have a big part to play in allergies, so moving to an area where levels are higher, including in towns and cities, could trigger symptoms. 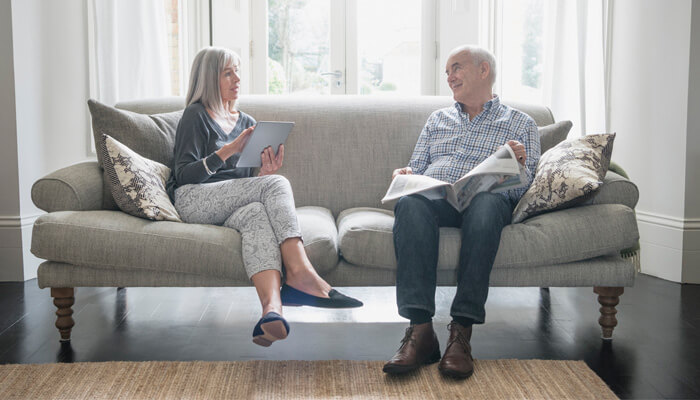 Moving to a new town or city may also expose you to new allergens that weren’t present in your old area. There may be new types of pollen about that you weren’t previously exposed to. It could be that the previous owner had pets and so their dander still lurks in your new home. Alternatively, perhaps a neighbour’s pet considers your garden their territory and so you are exposed to dander in this way.

Can allergies be triggered by stress?

When a source of stress is detected, be it your mean boss at work or a giant grizzly bear in the deep, dark woods, the body releases various hormones and chemicals, including histamine, in an attempt to deal with the problem. Therefore, if you’re feeling stressed and suffer from an allergy, your body produces much more histamine than would normally be the case. So, it’s no surprise that allergy symptoms including congestion, a runny nose, skin irritation and swelling can arise or become more severe when the body is under stress – there’s just too much histamine circulating around the body.

Although it may be challenging, it’s important to try and deal with the source of stress in order to keep your allergy symptoms under control. So, do you need to take some time off work? Are you doing too much? Would it help if you talked to those around you about what’s going on in your life? Aim to work out what’s causing you stress and then take steps to remove it from your life.

Can you develop allergies as you get older?

Unfortunately allergies can develop at any age, including in adulthood, so you shouldn’t be too surprised if you suddenly experience symptoms in your later years. As I’ve discussed, there are lots of things that can cause the sudden onset of allergy symptoms including moving to an area where you are exposed to new plants, stress and digestive problems. 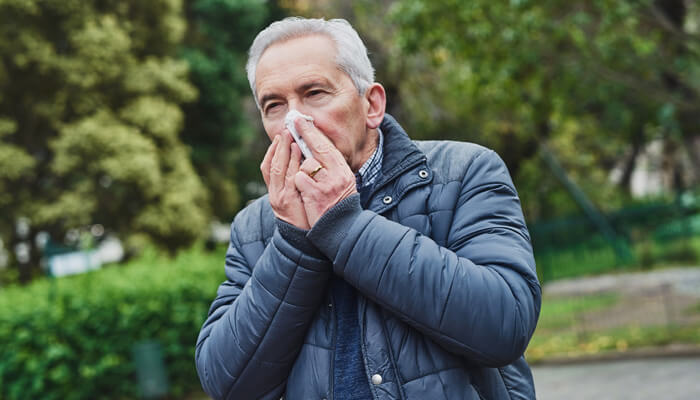 In dealing with allergy symptoms it is best to start with Pollinosan Hayfever Tablets, as these work to address a whole range of symptoms. After taking a course of these, see how your symptoms respond and, if necessary, you can then add other products; though what these are will depend on your symptoms.

Pollinosan Hayfever Tablets are made from 7 tropical herbs which, together, address symptoms including sneezing, watery eyes and congestion. They are non-drowsy so will not affect your ability to go about your day-to-day life, and can be taken in combination with medications such as antihistamines, as well as alongside A.Vogel’s other herbal remedies.

3 Journal of Immunology, 'Effects of sleep and circadian rhythm on human circulating immune cells', May 1997

Looking for help to ease symptoms of stress and mild anxiety?

Then look no further than Stress Relief Daytime.

To find local independent stores in your area that sell Stress Relief Daytime, simply type your postcode below.