From herbal teas to fruit juice, find out all about the drinks that could help with the symptoms of allergic rhinitis

From congestion to inflammation, the symptoms of allergic rhinitis are wide-ranging and extensive however, so too are the things you can do to ease these kinds of problems. Alongside conventional medicines like decongestants and anti-histamines, drinks can help to improve allergic rhinitis. So, to help you figure out which ones are best, as well as which ones you should stay clear of, I’ve put together a list of drinks that could help allergic rhinitis.

When suffering from allergic rhinitis, there are certain allergens, such as animal dander and pollen, that the immune system reacts to. In an attempt to wash these out, the immune system releases the chemical histamine. Unfortunately, this can have a negative impact on our body with symptoms such as itching, inflammation and even congestion emerging as a result of the chemical.

As I discussed in my blog ‘7 food and drinks to help allergic rhinitis’, certain drinks can have a big impact on the extent of these symptoms. That’s because liquids such as milk, caffeine and alcohol contain high levels of histamine so, when this is added to the large amount already being produced by the body during a reaction, it can become quite problematic in regards to the severity of your symptoms.

So, in order to avoid this histamine overflow when suffering from allergic rhinitis, it’s best to opt for drinks that contain low levels of the chemical. To help you determine which ones are low in histamine I’ve put together a handy list which is accompanied by a few other examples of drinks that I think would benefit an allergic rhinitis sufferer. 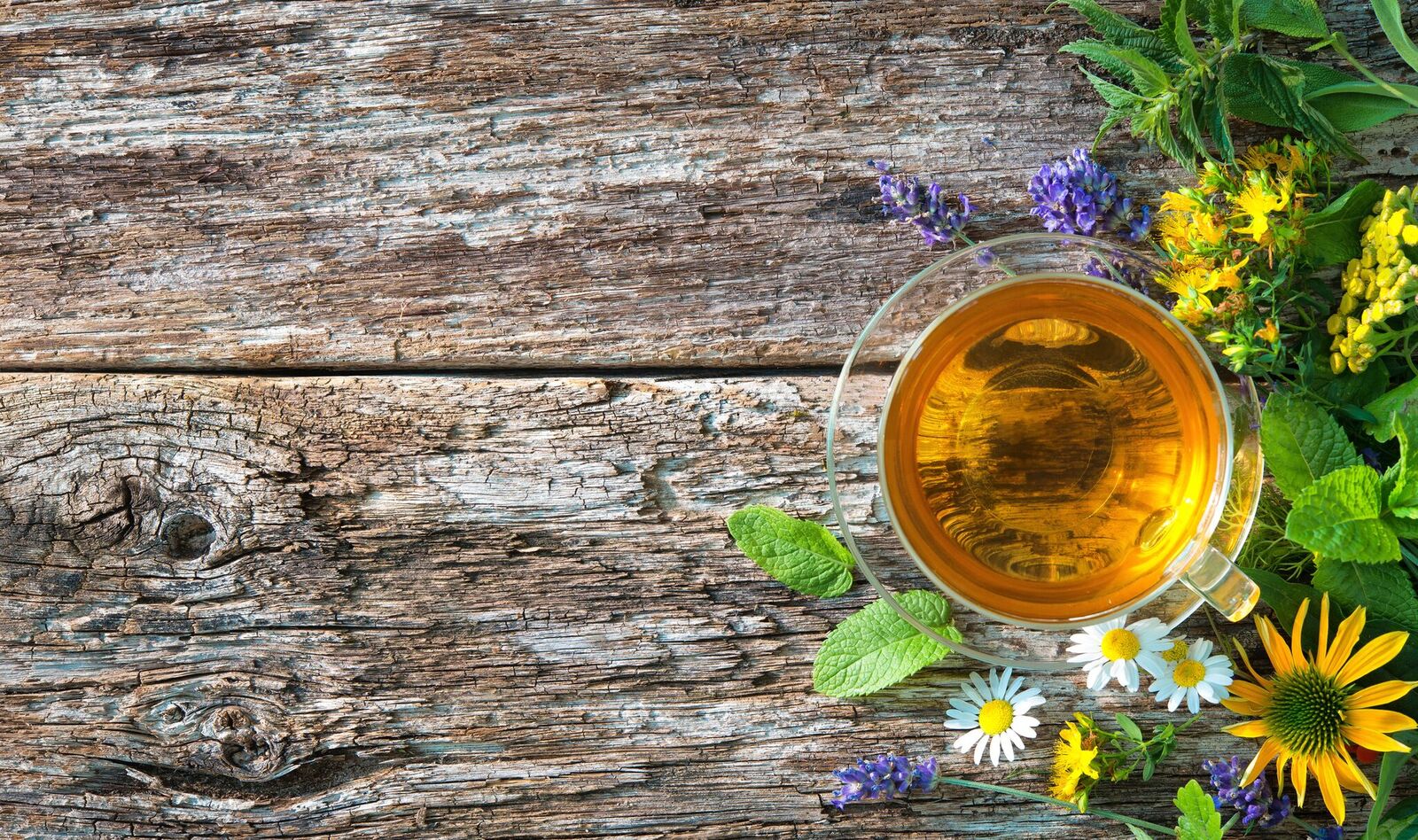 You might associate nettles with a nasty sting but, when it comes to allergic rhinitis, they can actually be quite beneficial. That’s because the plant becomes a natural antihistamine when it is dried out so when you wish to fight off symptoms such as nasal congestion and itching that are caused by the release of histamine, it’s a perfect choice. Plus, nettles are rich in minerals and vitamins which means they are great for overall health too.1 So, how might you get some of this beneficial plant into your system?

It is possible to make your own nettle tea from fresh, wild plants, however, if you don't want to risk a painful sting in the process of foraging, there are plenty of ready-made varieties available in shops!

Our friends over at Jan de Vries stock a few nettle teas, including Heath & Heather's organic nettle tea. This may be helpful in reducing histamine-type reactions and it has a lovely earthy flavour which makes it a tasty and refreshing option for your afternoon cuppa! 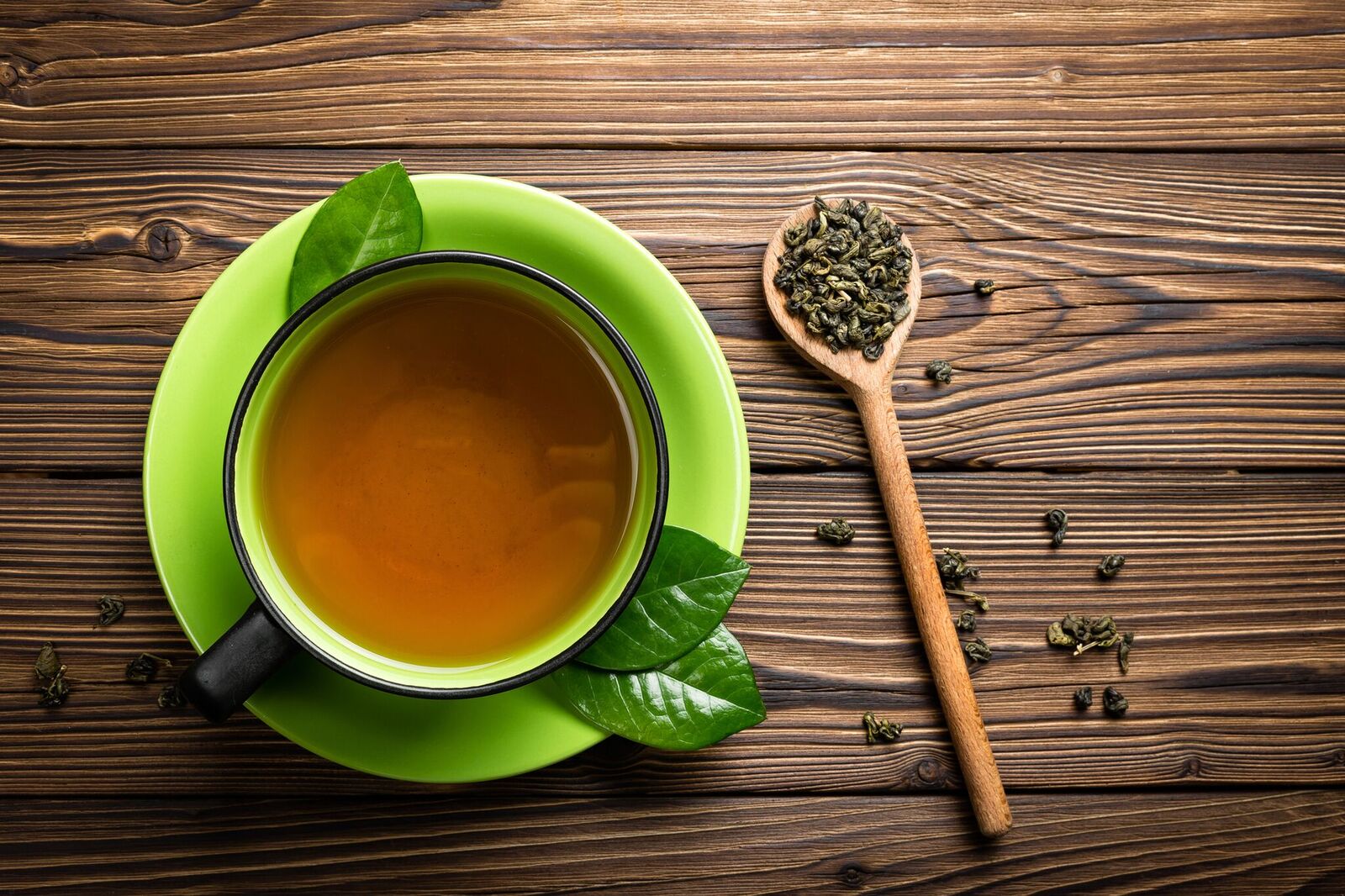 Green tea is a popular choice for tea lovers all over the world which might, in part, be down to its light and refreshing taste. However, it may also be down to the health benefits of the drink which have been discussed extensively over the years.

Like nettle tea, green tea has a natural anti-histamine effect so once again it could help with allergic rhinitis symptoms.2  Also, the immune system is put under a great deal of strain during bouts of allergic rhinitis when it must constantly fight off allergens. So, as green tea has been shown to be high in antioxidants which help to strengthen the immune system, it could be a helpful addition to your diet.

I particularly like Pukka's range of green teas but, of course, you'll find plenty of other varieties to choose from in your local supermarket or health food store.

Try our warming Bambu drink as a natural substitute for caffeine-rich drinks!

"Excellent quality product, tastes great and easy to use."

As mentioned, caffeine contains histamine which, when coupled with the immune system’s response to allergens, can exacerbate symptoms like inflammation and congestion.3 This means it’s best to cut down or avoid caffeine altogether if your allergic rhinitis symptoms feel particularly severe.

However, rather than abandon your afternoon brew altogether, you could swap to a caffeine-free tea such as Tik Tock's Balance Wellbeing Tea.

If you’re more of a coffee drinker, there’s an option for you too! Our Bambu drink is a natural, tasty and caffeine-free alternative to coffee. It contains organic chicory, Turkish figs, malted barley, wheat and Greek acorns to give it a wholesome flavour. 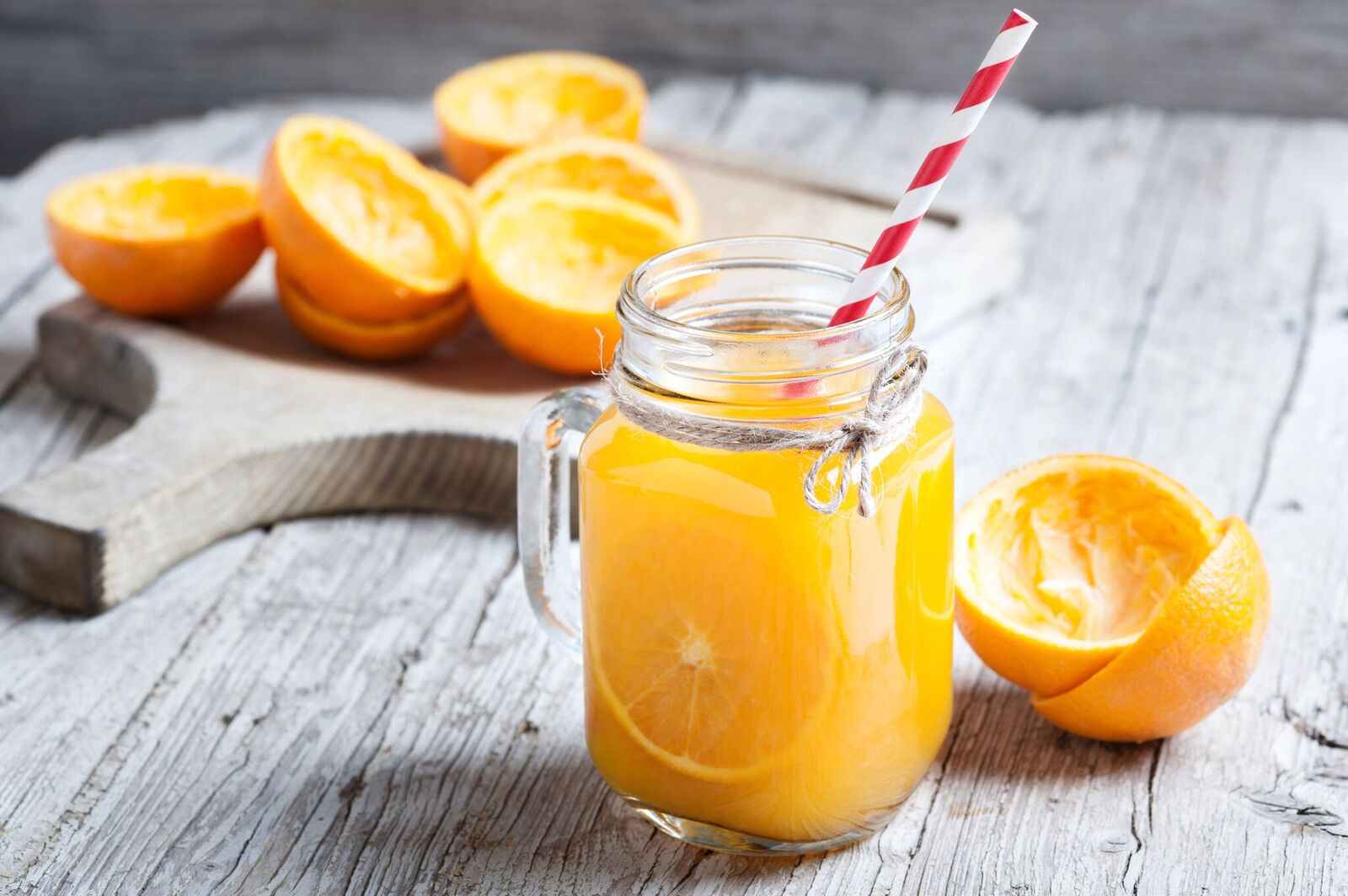 If you are not a fan of hot drinks then don’t worry, there’s an option for you too! In general, when suffering from allergic rhinitis it’s a good idea to up your vitamin C intake as this is a natural anti-histamine meaning it could help to ease your symptoms.4 You can find vitamin C in a variety of foods including potatoes, broccoli, strawberries and, of course, oranges. Therefore, orange juice is another drink to add to the list of those that could help allergic rhinitis.

However, please stay clear of any that state ‘from concentrate’ as these are usually high in sugar. As an alternative, you could purchase some freshly squeezed juice or even make your own. The juice from a few large oranges, for example, will make a refreshing drink plus, as you’ve made it yourself, you’ll know it’s completely natural too. 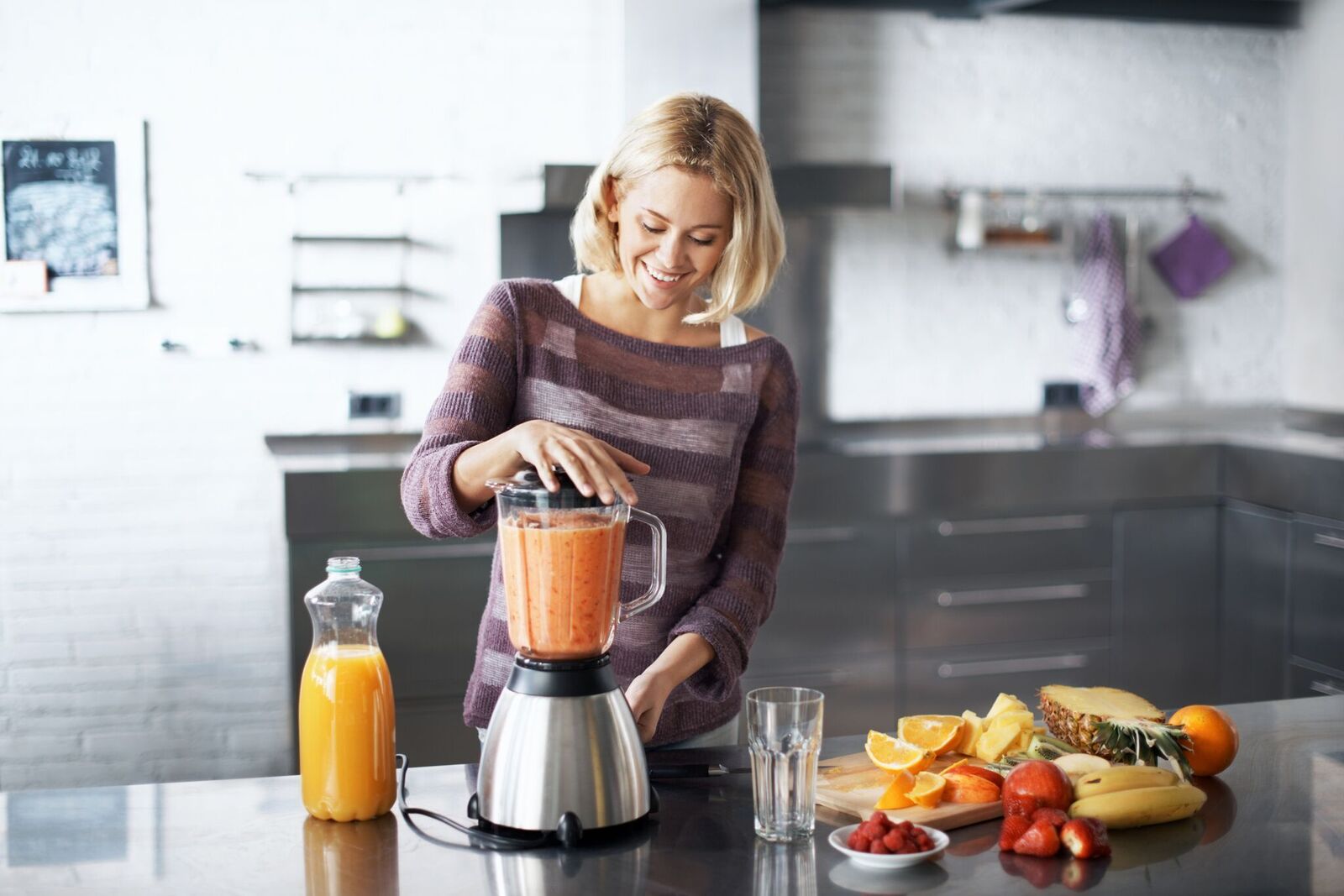 I mentioned that caffeine is high in histamine but certain foods can also be high in the chemical as well, such as:

Instead of opting for these things, allergic rhinitis sufferers should aim to choose foods low in histamine, such as fresh fruit and vegetables. You can, of course, incorporate these things into a meal like a stir fry or a vegetable stew. However, a smoothie provides you with a healthy snack for any time of the day, should you feel your body would benefit from the low levels of histamine this kind of drink contains.

When making your smoothie, remember to stay clear of milk and yogurt as, not only are they high in histamine, they may make mucus thicker. As congestion is a common and troublesome symptom of allergic rhinitis, these dairy products would only make the problem worse.

There are so many smoothie recipes to choose from but why not try our nutritious Hayfever Blasting Smoothie or our tasty pineapple smoothie? Both of these are rich in vitamin C and are packed full of natural antihistamines to help your allergic rhinitis symptoms. 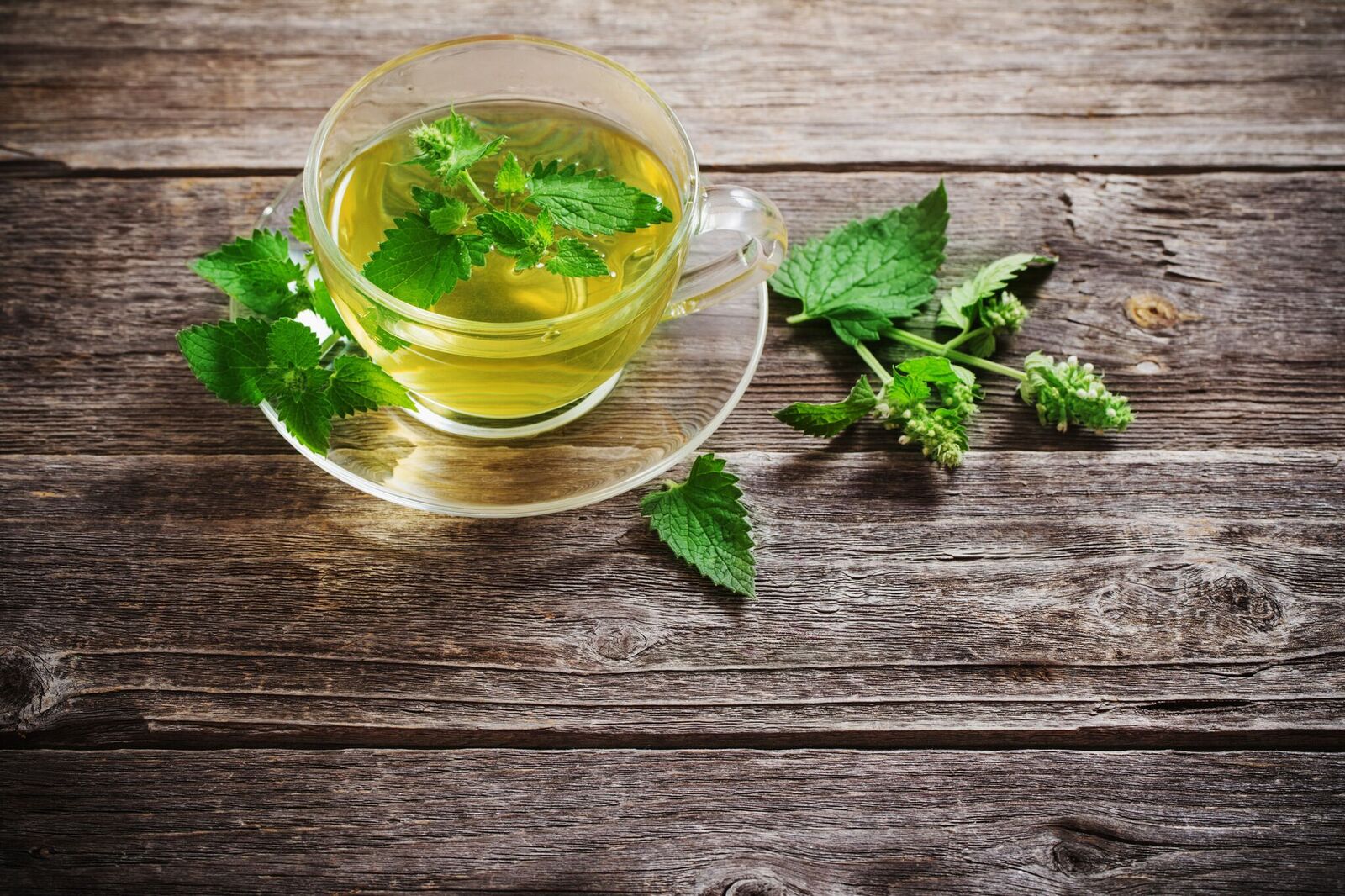 The production of histamine can cause swelling as the body attempts to wash out allergens. This swelling extends to the nasal passages which reduces airflow and causes the recognisable problem of congestion.

So, to address this issue you may find that peppermint tea is beneficial as this acts as a decongestant - it thins mucus to allow it to flow more easily from the nose.5

Peppermint teas, and all the hot drinks I’ve mentioned so far, also produce steam which can be beneficial for allergic rhinitis sufferers. That’s because steam contains heat and moisture which can loosen mucus to ease congestion. 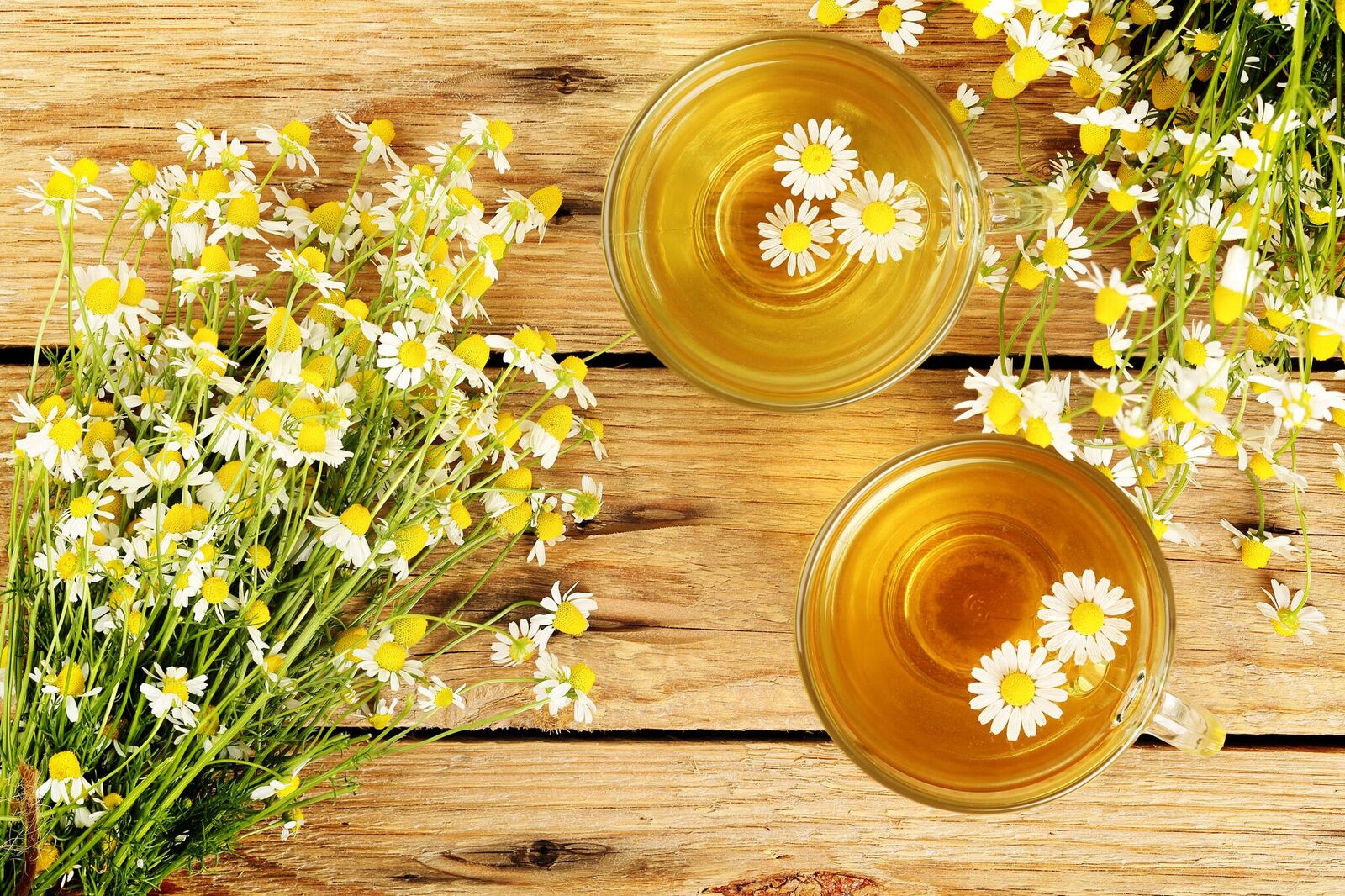 Chamomile tea is a relaxing and comforting drink but it can also help allergic rhinitis sufferers. That’s because it contains chemical compounds that may help with inflammation – a symptom that comes about due to the immune system’s response to allergens.6 For a natural option I’d try Clipper's Chamomile Tea. 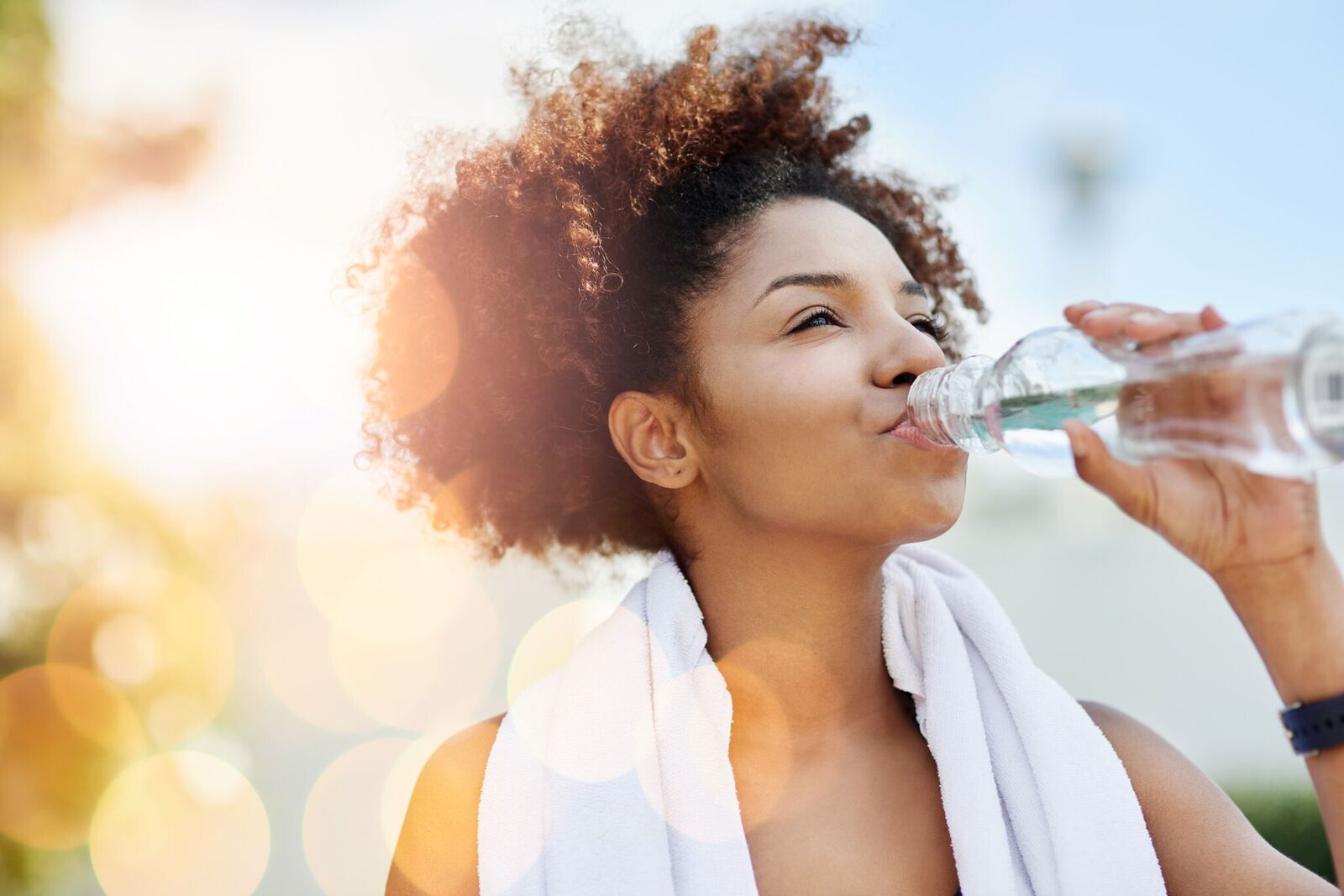 Finally, last but not least, we must not forget about water! It’s always a good idea to stay hydrated, especially if you’re suffering from allergic rhinitis. This is because water can help soothe a sore throat and reduce congestion by thinning mucus.

This blog contains a lot of information in regards to allergic rhinitis symptoms and the things that can make it worse or better so, to summarise, here’s a few things to remember:

Where to buy Bambu locally

Looking for a tasty alternative to coffee?

Our Bambu drink is 100% natural and is made from organically grown ingredients such as Turkish figs, chicory, malted barley, wheat and Greek acorns.

“A good substitute for coffee. I order regularly. It has become my main choice of drink.”
Anthony, UK

To find stores in your area that sell Bambu, simply type your postcode below.