Find out if the environment around you is making symptoms worse

The discussion surrounding pollution has grown in recent decades with news reporters, television presenters and scientists all speaking about the impact of this problem on the environment and beyond. However, the effect of pollution on allergic rhinitis sufferers has been given less attention and so, to rectify that, in this blog I discuss whether or not pollution can make allergic rhinitis symptoms worse.

Allergic rhinitis is the result of an over-sensitive immune system which detects allergens like pollen, dust mites, mould spores and animal dander and then reacts negatively to them by releasing histamine. This can result in a whole host of uncomfortable symptoms including congestion, inflammation, itching and red eyes.

As I mentioned, there are a few things that can cause allergic rhinitis so your trigger determines whether or not pollution will make things worse. If the likes of dust mites, animal dander and mould spores bring out your symptoms for example, it’s not likely that pollution will make things worse. That’s because these things are found indoors where the external environment has a smaller part to play in the development of symptoms.

Contrastingly, pollen is mostly found outdoors so allergic rhinitis sufferers affected by this could find that pollution exacerbates the problem. 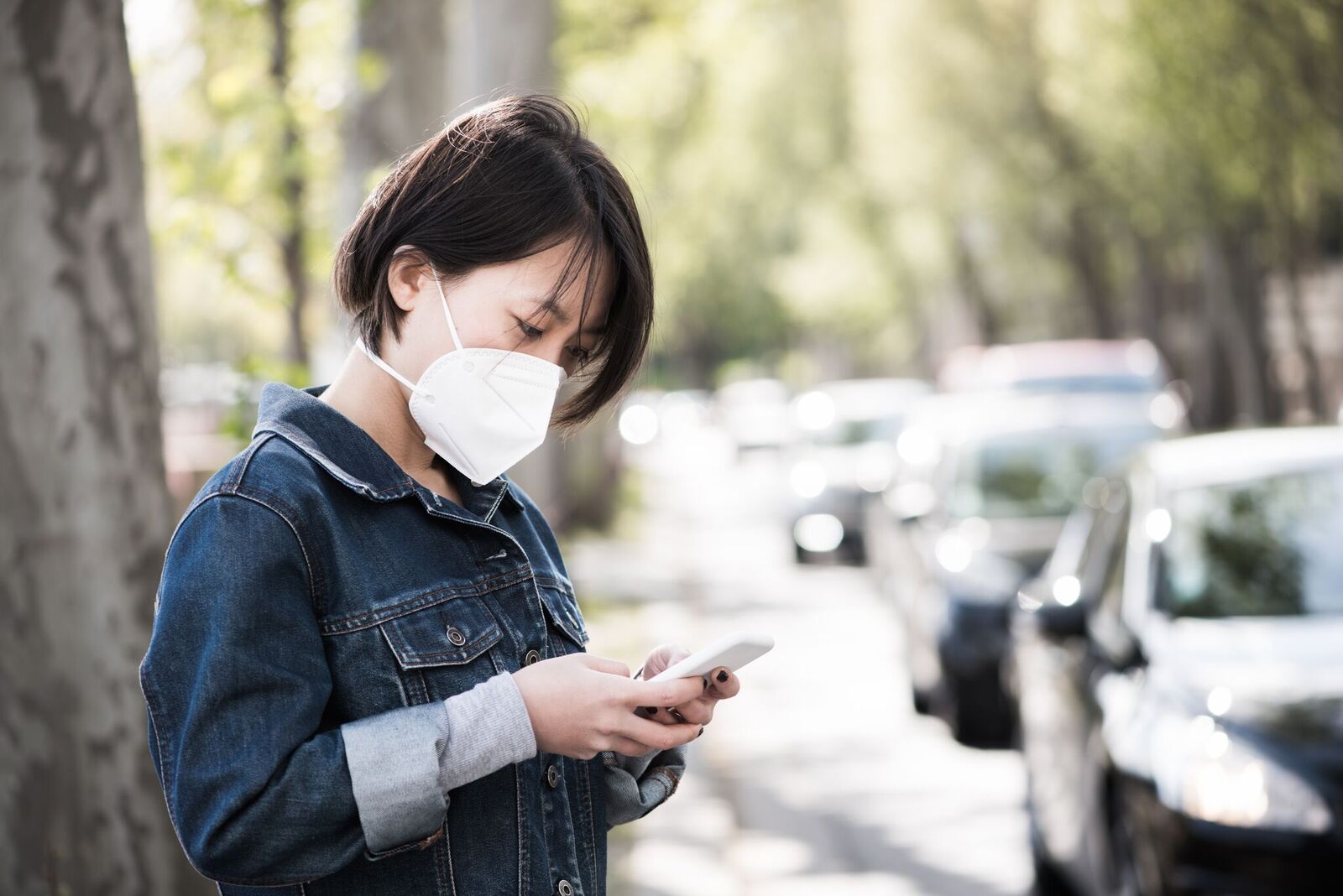 Air pollution, which comes in large quantities and many varieties in towns and cities all over the world, has been said to worsen symptoms of allergic rhinitis when pollen is the cause.1

This is because pollution creates smog which traps pollen and stops it from escaping into the upper atmosphere.  With nowhere to go, pollen lingers longer than would normally be the case and so you may experience particularly bad allergic rhinitis, or you may experience it out-with the usual period of pollination.

Also, it’s been said that pollution can make ‘super pollen’ whereby pollen becomes thicker and stickier so clings more easily to the nose, throat and skin thus making symptoms such as sneezing, coughing, itchy eyes and a runny nose more severe. The growth of ‘super pollen’ also means that pollen is able to linger longer than it normally would and so symptoms become problematic for longer. Plus, not only are symptoms of allergic rhinitis made worse by pollution, lower levels of pollen are needed to cause these symptoms in the first place.

Therefore, those living in urban areas could actually experience more severe allergic rhinitis symptoms than those living in the countryside as pollution levels are obviously higher in towns and cities.

How to tell what’s causing your symptoms?

The symptoms of allergic rhinitis are quite similar to that of a cold or flu so, to help distinguish between the two, there are a few things to consider.

If a cough, runny nose, congestion or a rash persists longer than a few weeks it may be time to consider whether allergic rhinitis could be the cause. A cold or flu usually only causes these symptoms for a couple of weeks so if symptoms persist, it might mean something else is the cause.

Pollen usually brings out symptoms of allergic rhinitis between March and June when plants are pollinating so if symptoms become problematic around this time, it may be worth considering whether allergic rhinitis could be the cause. 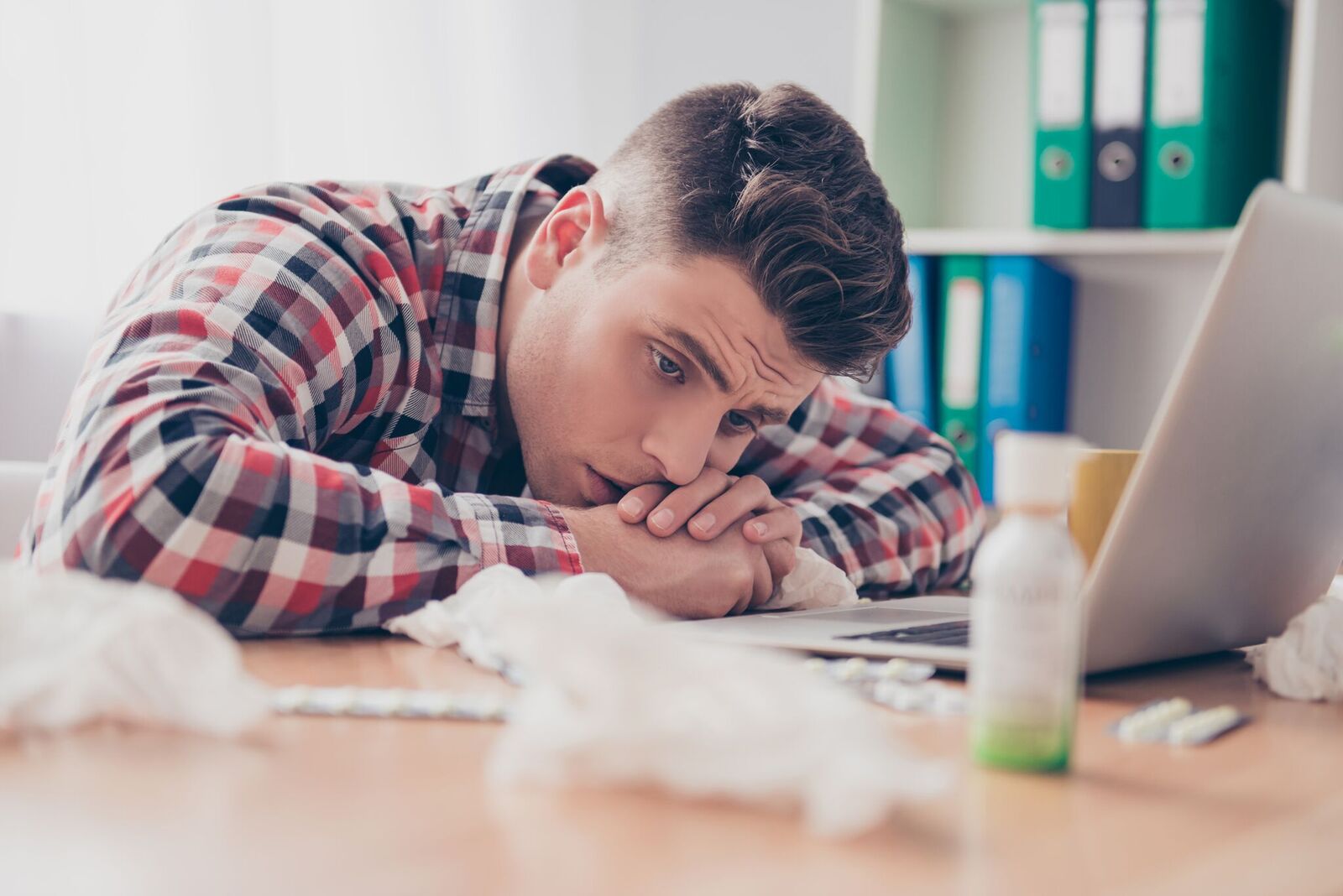 Recycling and using public transport may help to reduce pollution levels but there are a few things you can do to address your allergic rhinitis symptoms as well. If the problem is severe as a result of pollution, it may be worth visiting your doctor. They can prescribe anti-histamines which block the release of histamine to help ease your symptoms.

Alternatively, there are a range of herbal remedies available to treat allergic rhinitis symptoms naturally. Our Moisturising Eye Drops  for example, help to soothe dry, irritated and tired eyes. However, there are many symptoms of the condition so if other issues are troubling you, you may wish to try our Pollinosan Nasal Spray or Bronchosan Cough Syrup.

With pollution already playing havoc with your allergic rhinitis, I’m sure you’ll want to avoid anything else that may increase the severity of symptoms. Therefore, food and drinks high in histamine such as cashew nuts, walnuts, foods with artificial colouring, smoked meat and milk-based products are best left alone.

However, instead you can opt for food and drink that are low in histamine such as herbal tea, fresh fruit and vegetables and fresh meat and fish. For more information on this, see my blog '7 food and drinks that could help allergic rhinitis'.

Give your immune system some support

With your immune system busy fighting off allergens left right and centre, it’s put under a lot more strain than would normally be the case. Therefore you may find it beneficial to give it some extra support through Echinaforce Echinacea Drops. Uniquely, these are made from fresh echinacea so that they do not lose their beneficial properties during the production process.

Keep an eye on pollen count

Our website provides an extensive pollen count  that includes most towns and cities in the UK. Keeping an eye on this and avoiding going out when counts are high means you’ll gain some control over your allergic rhinitis.

Our Pollinosan Hayfever Tablets  address a whole range of allergic rhinitis symptoms such as sneezing, congestion and itching. They are made from seven tropical herbs as well which means they are non-drowsy yet effective.