Understanding your period and hormone imbalance

How are your periods affecting you?

Are your hormones in balance? I outline some key symptoms of pre-menstrual hormone imbalance and some top tips as to how you can get them back under control.

First stop: What are sex hormones?

Sex hormones are released from your reproductive organs (testes or ovaries) and are responsible for sexual development during puberty. From then on, these important hormones are in charge of your reproductive functions for the rest of your life. They are crucial in everyday life – you need them for everything from having sex to breastfeeding.

There are different classes of sex hormones; firstly there are ‘female’ hormones, the main ones being oestrogen and progesterone. Then there’s the ‘male’ sex hormone testosterone. A common misconception is females don’t have any testosterone and vice versa, but males and females have a combination of all of these hormones, just in different amounts.

These important hormones naturally fluctuate within your body throughout the course of your life. These fluctuations can be relatively small, such as a man’s testosterone levels peaking first thing in the morning and gradually decreasing throughout the course of the day, or much bigger (it has to be said that women generally draw the short straw here), such as the significant fluctuations seen during a woman’s monthly cycle and in pregnancy.

How do your hormones change during your monthly cycle?

After your last period has been and gone, (thank goodness) unbeknown to you, oestrogen and progesterone slowly start to rise. Oestrogen rises at a quicker rate and by around the middle of your monthly cycle it peaks, prompting the release of an egg. This process is called ovulation. From then on, oestrogen levels begin to fall.

Meanwhile, after ovulation, progesterone does the opposite of oestrogen and continues to rise; this is in order to prepare your womb for the fertilisation of your egg.

However, when in most cases you don’t conceive, progesterone joins oestrogen in a rapid decline – the sudden fall in these hormones causes your uterus to contract and the lining of your womb to shed, hello period!

Great, it sounds like you have it all under control. Hmm, well, not so fast – it seems the fluctuating levels of these hormones and the ratios of one to the other during your monthly cycle have a lot to answer for. These factors are variable and are thought to have a lot do with the symptoms many of you women experience around the time of your period.

Most women are subjected to some degree of symptoms in the lead up to their period; not many get off scot-free. However, if your symptoms get to the point where they are really beginning to affect your day-to-day living and quality of life – it is possible you could be experiencing pre-menstrual syndrome (PMS).

Visit A.Vogel Talks PMS if you think this could be you.

What happens when your hormones aren’t behaving?

So, all going well, your hormones follow this pattern of increasing and decreasing as they should at specific times of the month. One or the other is often more dominant at certain times in order to achieve a desired effect (such as ovulation) and in the lead up to your period, theoretically, each should gradually decrease, pretty much in unity.

However, in reality, is this always the case? Of course not, that would be way too simple!

The reality is... these hormones can fluctuate out with ‘the norm’ and you can suffer as a result of this. Many women end up being either oestrogen or progesterone ‘dominant,’ meaning they have particularly elevated levels of one of the female hormones in comparison to the other (the ratio of one to the other is often key, rather than the actual amounts).

Depending on which hormone this is, you can end up experiencing quite different symptoms.

As previously mentioned, you need oestrogen to peak near the middle of your monthly cycle in order to trigger ovulation: this means an egg is released which can be subject to fertilisation if you so wish! But after the release of the egg, oestrogen’s starring role is over and it should decrease until next time around, letting progesterone take over instead.

However, for many women this isn’t plain sailing and oestrogen hangs around, levels remained elevated and, if this happens – you’ll know about it!

As you now know, the role of progesterone is particularly important after ovulation has taken place. In the event your egg is fertilised, your body needs to prepare for a growing foetus!

Rising progesterone prepares your womb. It’s no mean feat carrying a baby and the lining of your womb needs to be ready to successfully implant the developing egg and keep it safe and stable for the next nine months.

However, when your egg isn’t fertilised, as is the case most months when you decide you don’t particularly want a baby, progesterone aborts mission and declines, its job here is done.

But what happens if it doesn’t decline as it should and instead levels remain high? Well, you can end up being progesterone dominant. If this is the case, you can be left feeling weepy and very emotional (rather than angry), experience a sudden lack of self confidence, be left feeling very tired as though someone has pulled the plug and there’s no power input anymore, and finally, your skin can suffer too – spots often appear.

Testosterone dominance is not quite so common. Typical signs of high testosterone include acne, increased facial and body hair and increased insulin production which can result in weight gain. Polycystic ovarian syndrome (PCOS) is an example of a condition characterised by increased levels of testosterone.

How can you put the imbalance right?

So, if you suspect you have an imbalance in your hormones how can you put them right?

Doctors nowadays often prescribe the contraceptive pill for erratic periods and acne; however, these often have side effects of their own. You can risk throwing your hormones off in the opposite direction, which isn’t ideal.

Herbal remedies are useful as they can gently support your natural hormone levels, although, it must be noted they often can’t be used in combination with the contraceptive pill.

Symptoms associated with high oestrogen and the typically painful, heavy periods to go with it, can often be effectively managed by the herb Agnus castus. Agnus castus can help to gently rebalance and support your progesterone levels.

However, nowadays more and more women are suffering from the opposite end of the spectrum and elevated levels of progesterone appear to be the issue.

Fermented soy isoflavones act to gently support your oestrogen levels instead. Low oestrogen relative to progesterone is a common issue for many women during the menopause but pre-menstrual women can experience a similar imbalance of hormones too. Oh the joys! 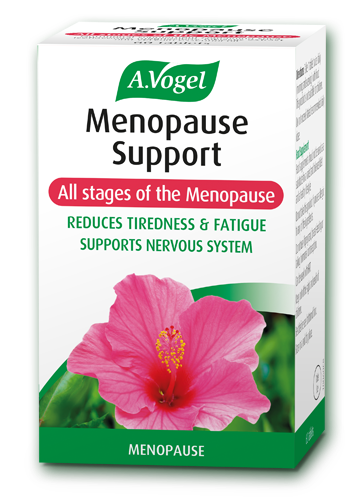 I hope this page has helped you to understand your hormones a little better. An imbalance in hormones is so common nowadays, so you aren’t alone and don’t need to put up with it!

Combine a herbal remedy with simple changes to your diet and lifestyle and you could really feel like a new person!

Are you getting enough vitamin D?