The 3 stages of menopause

This week I go back to basics and take a closer look at the 3 stages of menopause. I explain when they can start, how long they last and what you can expect during each stage.

Today, I’m going to be discussing the three stages of the menopause. Now, I get a huge number of women who contact me every week and they’re really not sure what the menopause is, when it starts, what’s going to happen to them, how long it is going to last or how they are going to feel afterwards. So I thought today, that I would just go right back to basics and start from the beginning.

The three main stages of the menopause

Now, there are three main stages to the menopause. There's peri-menopause,  menopause itself, and there's the post-menopause phase. 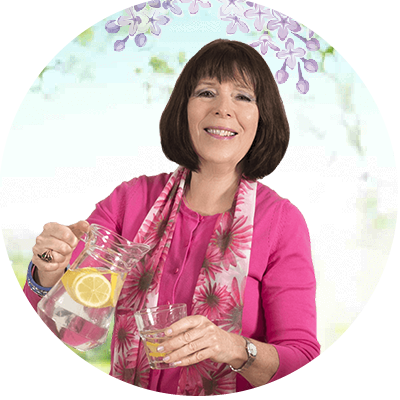 At what age does the menopause start?

Now, the average age to start the menopause is 45 to 55. That’s the average age group. A number of women will start later. I heard from somebody a few weeks ago who was still getting regular periods at 58 and wondered when she was going to start, and quite a few women actually start earlier. So this would be between sort of 35 and 45. Now, this earlier age group can be caused by a number of things. It can be hereditary, so it could be, you know, if your mum started early, if your gran started early, your sisters or your auntie started early as well, then there’s a good chance that you will fall roughly into the same age group as well. Not a guarantee though, that’s the only thing, so it’s just a rough estimate if you like.

Other issues can affect the menopause. You can get an early menopause if you smoke, if you are overweight, if you have chronic health issues such as diabetes or rheumatoid arthritis, and it can also be your ethnic origin as well. There are some countries and continents in the world where women will naturally start the menopause that little bit early. Now, there’s also a group of women, and we would call it the premature menopause, and this can be some girls in their late teens to early 20s that start the menopause. This is more of a major medical condition, and that’s not something that I’m actually going to be discussing at this particular time.

Let’s have a look at the three stages of the menopause itself. So we’ve got the peri-menopause. This is the phase leading up to the menopause. This can last about three to five years, it just depends on you as an individual, how this is going to sort of pan out. You can start to feel your hormones changing a number of years before your periods actually start to change. So you can be getting completely normal, regular periods, everything just the exact same, and then you suddenly feel as if you’re starting to get some menopause symptoms. You could end up with things like your hot flushes, joint aches, digestive problems, headaches, and stress palpitations as well. And these tend to be some of the common ones that would happen at this particular point.

The problem with these symptoms at this time is that they are not often associated with the menopause. So women, they’ll start to get the stress palpitations and really worry about this or they start to get joint aches or digestive problems, and they will go along to the doctor and get tested, and the thing is, the tests will come back completely clear. And that’s quite a worry because you know that something’s not right, you know something’s going on, but very often the doctor will say, “Well, there’s nothing wrong with you. You just take painkillers or antacid tablets or something like that.” So there’s a lot of symptoms at this particular point that are often not realized that they are part and parcel of the menopause. If you are in the peri-menopause, it’s a good idea to just look at your general health at this particular moment in time and, if there is anything going on, maybe have a look and see whether it can be more associated with the menopause rather than anything else at all.

Now, in the peri-menopause, at some point, you will find your periods starting to change. The menopause or the peri-menopause, it’s not a static state. Your hormones just don’t fall gracefully and that’s it. They can go up and down like a yo-yo, and you might find that for six months, you get one set of symptoms and then they disappear, and then you get another set of symptoms. So, during this phase of three to five years, you can actually end up getting a range of different menopause symptoms at different times. You know, if you start off getting hot flushes, that does not mean to say that you’re going to get hot flushes, you know, every single day for the next five years. It doesn’t actually work in that way.

Some women find that their periods start to tail off, they start to get further apart, they get lighter, they start to go missing. You might find you get one period and then miss them for four months, and then get another period, and so on. And this is normally an indication that your oestrogen is falling that little bit quicker than your progesterone is falling.

But you can get a combination of both. You can get heavy periods for a year and then they suddenly start to tail off. And then at some point, you will find your periods just stop for good. Now, there are some lucky women that don’t get any sign or any symptoms, their periods just stop and that’s it. That’s the menopausal stage. So, sometimes that does actually happen.

So the next phase, once you think to yourself, “Oh, my periods have actually stopped.” The menopause itself, believe it or not, is just the moment in time when your periods just stop for good. Problem is, you don’t know your periods have stopped for good, until you’ve not had one for about two years. Now, there are some schools of thought that say you’ve gone through the menopause when you haven’t had any periods for a year, but we actually find that quite a large number of women can go for a year or more without a period and then get one or two back again. Sometimes, you know, it’s a last fling of their hormones. So, we tend to say, once you have not had any periods for two years, that you’re through the menopause.

Now, this phase, from when your periods have stopped for good until the two years to stop, your hormones are still changing, so you can still get a number of symptoms at this particular point. And some women find that this is when they start to maybe get a little bit worse purely, because your hormones are falling that little bit further. However, the majority of women find that, as you approach the end of the two years, that the body has learnt to rebalance itself and that your symptoms will start to ease off. Now, the only problem here is that the length of time it takes for your symptoms to ease off can be very often linked to your general health; your lifestyle, stress management, and your diet. So this phase is very important where you still need to keep looking after yourself well.

Now, once you've got to the two years without a period, you're then considered post-menopausal. And that's the point where your hormones will start to level off. It doesn't get to the point where you have no hormones at all, or that's very, very rare. Your body will learn to cope with a lower level of hormones.

That's the point when you can actually start to feel better. You can start to get your old self back, your body can cope, your energy will come back, and there's no reason at this point post-menopausal, when you can't actually feel as good, if not better than you did before. This is because you've got no hormonal ups and downs, there's far less emotional ups and downs going on as well.

So, this phase, the post-menopausal phase, can actually be a really great one. But again, you still need to keep looking after yourself well.

So, it's quite a complex situation and you must all of you remember that, every single one of you is going to have a completely unique menopause. And the information that I gave today is just a general guide. Some women will have really, really long menopauses, other women will have very, very short ones. And the combination of symptoms that you get at any given time, are going to be different to everybody else's.